'Can a Stone Do This?': Family of Srinagar Youth Who Died Refutes Police Version

“The forces targeted my son with pellets without any provocation. He had pellet injuries on his face, skull and left eye,” said Firdous Ahmad Khan, Asrar's father. 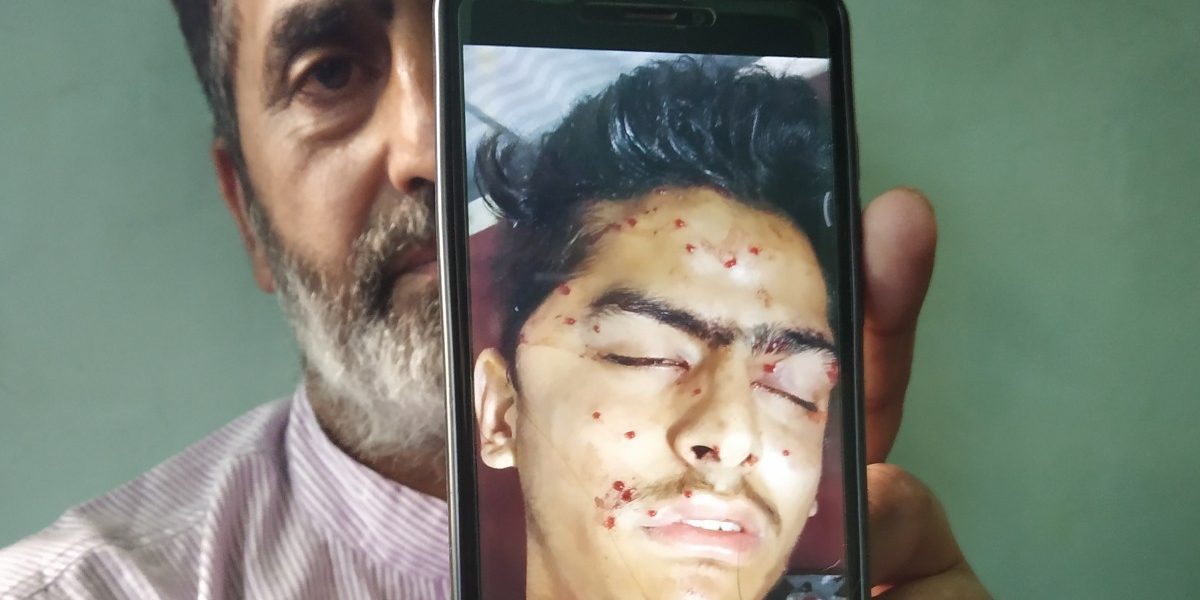 Srinagar: The family of the young student from Srinagar’s Elahibagh locality who passed away contested claims by security forces that the cause of death was a “stone injury”. They say that Asrar Ahmad had been battling for his life for a month in a city hospital after being hit by pellets.

“The forces targeted my son with pellets without any provocation. He had pellet injuries on his face, skull and left eye,” said Firdous Ahmad Khan, Asrar’s father.

A Class 11 student, Asrar succumbed to his injuries late on Tuesday (September 4) evening at the Sher-e-Kashmir Institute of Medical Sciences (SKIMS), the Valley’s premier hospital.

He was buried the next morning in a local graveyard, hours after authorities reimposed restriction in Downtown Srinagar to prevent protests. 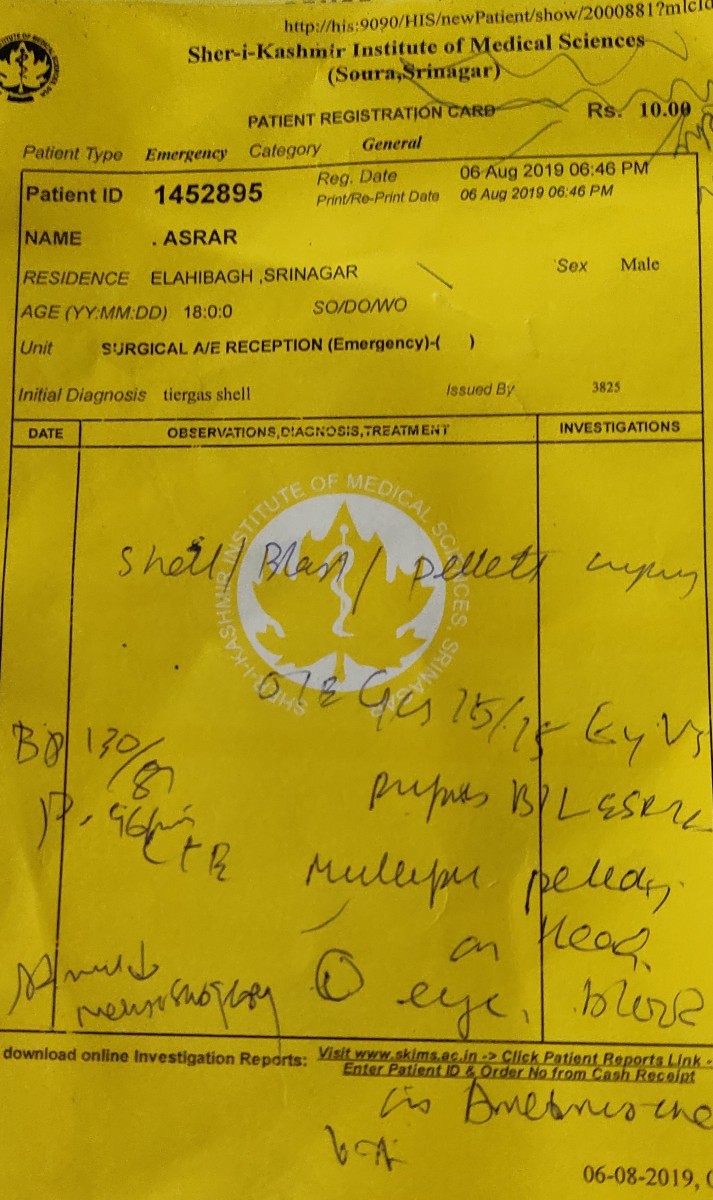 According to his friends and family, the 18-year-old boy was injured on the evening of August 6, when paramilitary forces hit him with pellets while he was playing with friends outside his house.

Asrar’s father Firdous showed The Wire photographs and medical records, including an x-ray scan and hospital registration card, to prove that his son died of pellet injuries.

One of the pictures, taken while Asrar was in hospital, shows multiple pellet injuries on his face. The x-ray also confirms that multiple pellets had hit Asrar on his head, skull, face and left eye.

On his registration card issued at 6:46 pm on August 6 at SKIMS, the time of his admission, the doctors have written that Asrar has “multiple pellets on head, eye…”

“He had three pellets in his left eye – two of them were removed during a surgery at Bemina hospital. He was later shifted back to SKIMS,” said Firdous.

During a press conference in Srinagar on Wednesday, additional director general of J&K police (law and order, security) Muneer Ahmad Khan rejected the allegations that Asrar was targeted by security forces.

He said the young boy had been “hit by a stone”. “Who told you he was injured in shelling? No shelling, no pellet injuries. He was hit by stone and I am sure about it.”

“We will get the medical report of (Asrar)…If there is any such case where an injury has occurred, an FIR is registered. Of course we will investigate this thing (the death) and we will get medical report to substantiate it,” the ADG said. 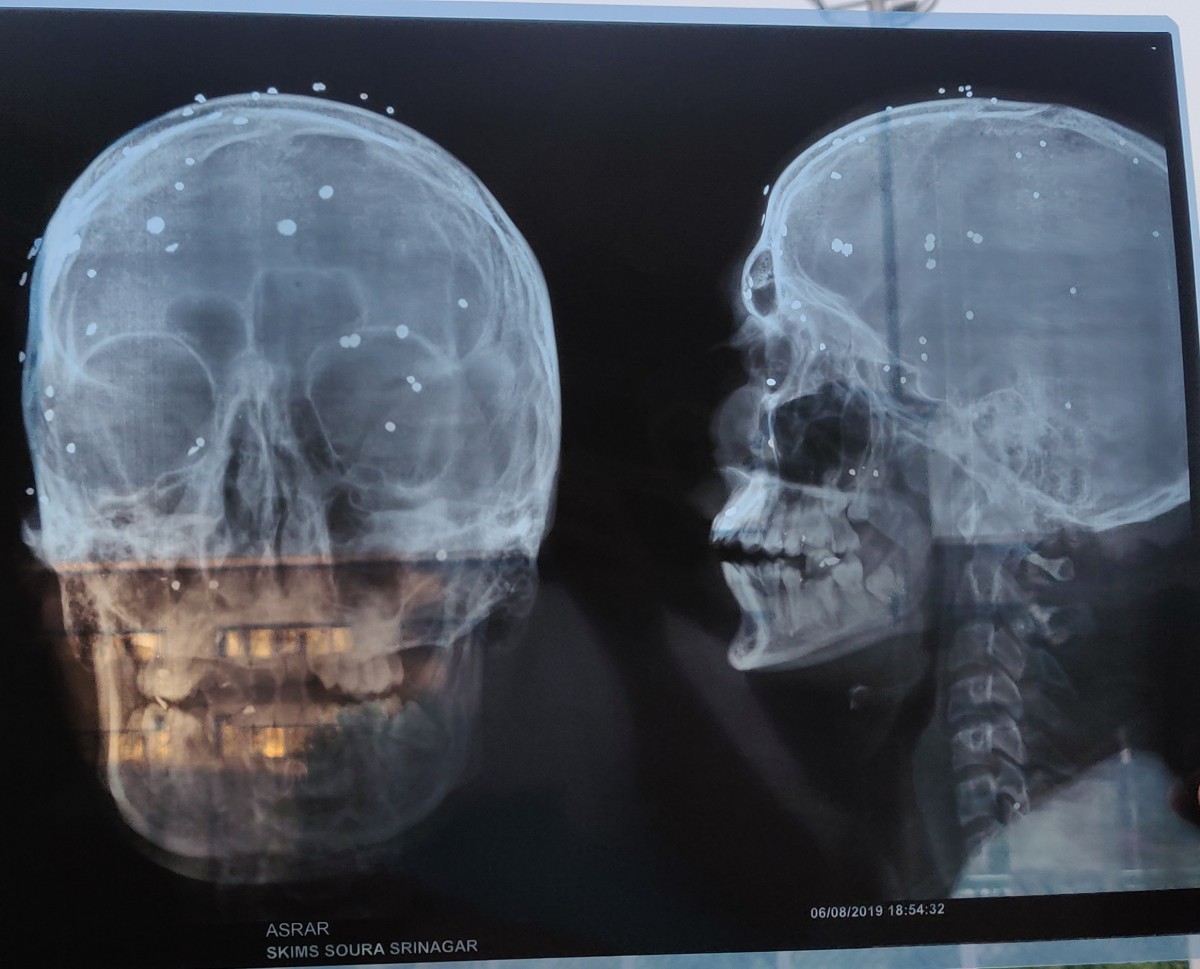 “Can this happen due to a stone?” Firdous asked, pointing to the picture and x-ray scan. “You can see in the pictures yourself that my son’s face and skull has been hit by pellets.”

He said the security agencies have “cooked up a story to hide the crime committed by them.” “God knows the truth. We will seek answers from them hereafter,” he told The Wire, tears rolling down his face. 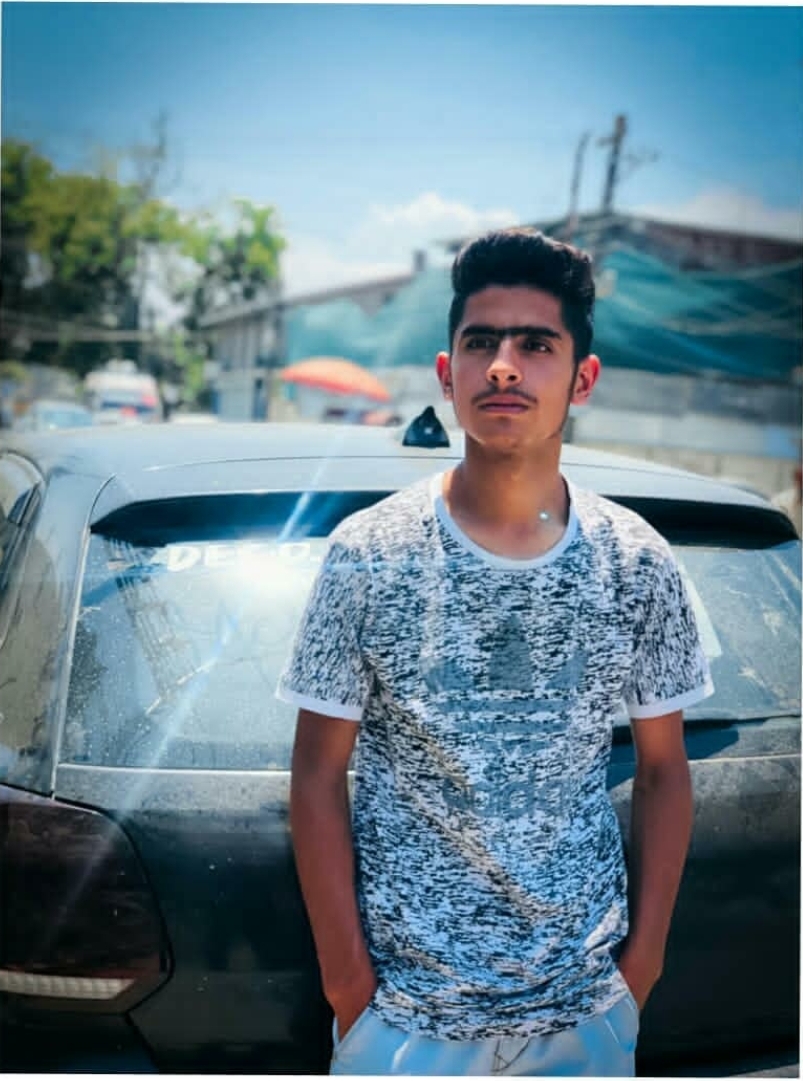 While the family said the hospital hasn’t yet issued Ahmad’s death certificate, a senior doctor at SKIMS, who wished not to be named, confirmed that he had received multiple pellet injuries. “There were pellets in his head and face,” the doctor said.

The tragic incident took place a day after Jammu and Kashmir was stripped of its special status and divided into two union territories. A month has now passed and yet internet and mobile phone services are still shut in Kashmir, though landline phones have been partially restored and restrictions eased in some parts of the Valley.

One of Asrar’s friends, who claimed to be an eyewitness to the August 6 incident, said all his friends had assembled in the community park outside the victim’s house.

According to him, there were no protests in the area, which is more than 500 metres from the main road.

Soon after the incident, two of Asrar’s cousins and some of his friends rushed him to the hospital, which is around one km away. “On the way, he (Asrar) kept asking, ‘Did we reach hospital? How long will it take? Is my face fine? Will I survive?’” his friend said.

“He was bleeding profusely through his mouth and nose. He kept repeating the questions.”

Asrar was the eldest of three sons in the Khan family. “Both of his brothers are in shock. One of them fell unconscious while crying as Asrar was taken for burial. I fear his mother will not survive. Since his burial, she is only insisting on visiting her son’s grave,” said one of Asrar’s uncles.