The Underside to the Sri Lankan Crisis: Lessons for India

Should we cast an eye around the last decade or so worldwide, popular drives have yielded “strong” leaders who think they need not attend to widespread livelihood imperatives as normative democratic leaders must.

From left: Gotabaya Rajapaksa, Narendra Modi and Mahinda Rajapaksa. In the background are protesters gathered outside the Sri Lanka PM's home on July 13. Photos: PTI and Reuters. Illustration: The Wire

In a recent article, Mani Shankar Aiyer has wryly delineated the decline of Mahinda Rajapaksa from the mid-nineties when he wished to learn from Shri Aiyer, then minister for Panchayati Raj in the Rajiv Gandhi cabinet, the ropes to “empowering the people” to an autocrat who, forgetting all about “local government,” set about brutally crushing Tamil resistance led by the Liberation Tigers of Tamil Eelam.

Mani Shankar notes how that extirpating campaign did not spare ordinary Tamil civilians, many of whom also suffered unconscionable atrocities that they did not deserve

He also notes how the majority Sinhala Buddhists lauded the campaign.

And thereby hangs a tale.

Sri Lanka has had an 83% Buddhist Sinhala majority, with Tamils, overwhelmingly Hindu, and Muslims recording 9% and 8% minority populations respectively.

When, therefore, the Rajapaksa clan bent their will to righting that wrong, imagined or not, the Sinhala Buddhists in Sri Lanka came to believe that their Messiah had arrived. 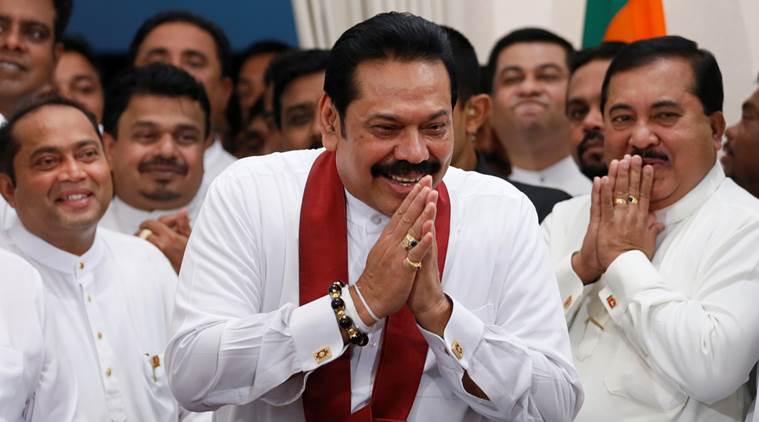 That powerfully emotive circumstance led them to accord political power to the Rajapaksa family through the electoral process, but not as much on grounds of secular livelihood considerations as on the basis of an allegiance to a cultural identity.

Should we cast an eye around the last decade or so worldwide, this sort of phenomenon meets us in more than one country where such popular drives have yielded “strong” leaders who come to think they, having an emotive security shield around them, need not attend to widespread livelihood imperatives as normative democratic leaders must, recognising their accountability to furthering the material conditions of the people and answering for their failure to do so.

(Indeed, invariably, such “strong” leaders freely bestow bounties on corporate interests who are often the chief tormentors of the populace.)

Elevated to godhead as cult figures, such leaders then unleash programmes and propaganda that seek to cement the clout of sectarian mandates in contrast to non-discriminatory secular-democratic ones.

Thus, a day came when Sri Lankans found that being members of the denominational majority did not suffice, and that food, fuel, and all other livelihood compulsions had reached such proportions of calamity that these could no longer be ignored or fobbed off by the idea that the Sinhala Buddhists after all belonged to the master race.

The “strong” leadership they had spawned suddenly seemed to have metamorphosed into a fatal destiny, irremediable by normative processes of constitutional and parliamentary negotiation.

Thus the revolution came to be.

It has been my view that one of the most acute political perceptions in our times once came from the late Kanshi Ram who was to become the pioneering thinker of the Bahujan Samaj and of the Party thereof.

Not strong and stable but only governments which remain inherently unstable can ever deliver policies and schemes that benefit hoi polloi. 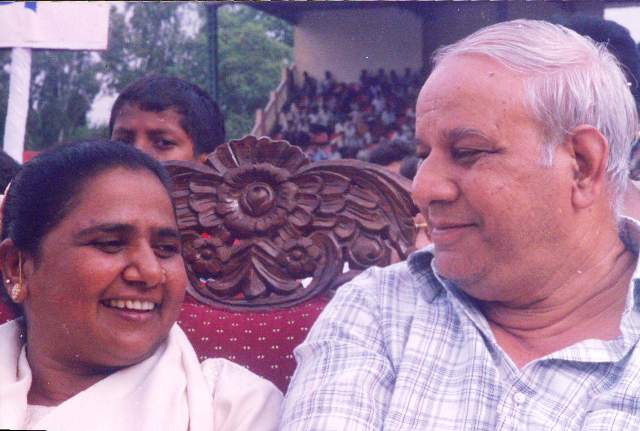 A simple enough observation but one with far-reaching ideological and political lessons wrapped within it.

The simple fact is that only when governments remain less than complacent about their political solidity can they be expected to remain responsive to people’s needs at large. And only then, concomitantly, can socially and economically disempowered sections of the polity hope to make interventions into policy-making and the processes of governance in order to ensure these conform to democratic and egalitarian principles.

As to “strong” governments enthroned by the vox populi on emotive grounds, not only do they then not feel obliged to attend to people’s nitty gritty entitlements, but make a virtue of governing styles that go back to monarchic times.

Not reason and answerability but loyalty is made the test of devotion to the “mother” or “father” land as the case may be.

And that land is peddled as being identical with the “strong” leader who defends it, the people having become ancillary back-ups who may be trusted to sing hosannas to the leader and the land in any circumstance.

Also read: Narendra Modi Is Everything Apart From What He Seems

Notably, it is in such countries which have experienced the full brunt and meaning of those happenings that allegiance to transparent democratic entitlement and legitimacy have come to be articles of faith; not only Germany and Italy, but indeed even the United States of America, after the traumatic experience of January 6 – a counter-revolution fathered by the “strong” leader himself – have come to recognise the fatal dangers that such emotively enshrined strong leaderships pose to the democratic order.

That is the reason why the American Congress is currently enquiring into that event with a view to both fixing responsibility and understanding how democracies may be uprooted with the consent of a section of the people themselves.

Indeed, given the multiple correspondences between the American republic and the Indian one, those proceedings ought to hold indispensable lessons for our own allegiance to democracy, and our resolve to protect and preserve the same, especially at a time, as in Sri Lanka, when the preponderant religious majority can be persuaded that they have been victimised, and thus require a strong hand to keep them safe from anti-national minorities.

It says something that we are at a stage where the indigent, however they may groan and grumble, are still willing to talk away a gas cylinder that they can no longer afford.