India's Internal Migrants Are 'Stateless' in Their Own Country: Report

A report by a Kathmandu-based organisation says that across South Asia, governments treat internal migrants as "human entities meant for profiteering by others". 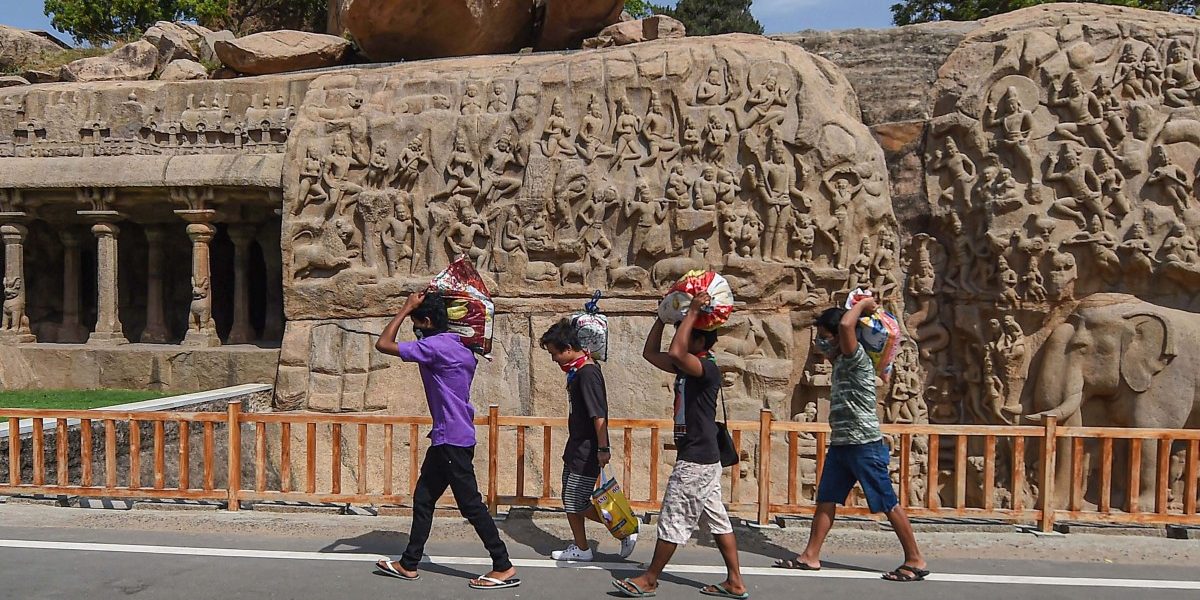 New Delhi: While India has brought in a legal provision under the Citizenship (Amendment) Act (CAA) to fast-track the applications of non-Muslim refugees from three neighbouring countries, a recent report has called internal migrants in the country as “stateless without losing the state’s legal recognition”.

The report, published by the Kathmandu-based South Asia Alliance for Poverty Eradication (SAAPE), is titled ‘Migration in South Asia: Poverty and Vulnerability’. Focussing on both internal and external migration, the report highlighted that such a lackadaisical treatment by the government of internal migrants runs across South Asia.

“The worst response of the state responses has been to the internal migrants. They are stateless without losing the state’s legal recognition. They are either climate refugees within their countries or displaced persons without any protection from the end of the state. They are human entities meant for profiteering by others,” the report said.

The 165-page report that studied trends in India, Nepal, Sri Lanka, Pakistan, Bhutan, Bangladesh and the Maldives, underlined that “consolidation of the neoliberal regimes and their obsession with the appropriation of resources have been pushing the internal migrants to the brink (in these countries). Malnutrition, health hazards, illiteracy and the tag of outsiders within their own countries make them run from one place to another to live a life without rights and dignity.” It added that for internal migrants, “citizenship has no meaning” in the real sense.

The SAAPE report, fifth in a row on various aspects of poverty in the region, said: “They [the internal migrants] are subject to circumstances and subjects of the regimes who steer profit over their labour. Neither international protocols nor the social protection policies have helped them to overcome the cycles of poverty and unfreedom.”

Also read: Why Do We Treat Internal Migrants Differently From International Migrants?

With the development of urban infrastructure in South Asian nations and a growing service sector, rural-to-urban migration has become an important category of internal migration as it absorbs workers for semi-skilled and unskilled jobs. “Migrant workers provide the continuous pool of labour for these jobs in cities and towns, contributing to the development of the urban centres. Therefore, the initial skewed development of a region further led to lopsided development adding to the already existing inequalities.”

The report pointed out that this trend is being increasingly observed in Bhutan too, a country embarking on urban-centric infrastructure development like the other nations of South Asia.

While this common trend highlights that the development in South Asia has not been well-distributed, it also points at rural distress due to agrarian and climate-related crisis leading to rising inequality and thereby pushing internal migration.

“State policies regarding migrants and refugees are crucial in terms of safeguarding their interests. Thus, it is important to analyse the role of the state in shaping the migration scenarios and the temporal changes in the state’s approaches towards migration in the South Asian context,” noted the report.

“The states in the region have indulged in transferring common resources like land, forest and water to the corporate houses, which have resulted in the phenomenon of accumulation on the part of the rich by dispossession of the poor. At the same time, the states have also pursued populist policies to address growing dissatisfactions among citizens. For example, Ayushman Bharat in India and Ehsaas in case of Pakistan, have been two such overly ambitious populist schemes that aim to allay the distress of the commons,” it further said.

Pointing out that “populism has also become competitive from one regime to the other,” the report put together by academics Babu P. Remesh and Akhil Ranjan Dutta, and labour studies expert Mohan Mani, indicated, “The populist policies, however, have been largely failing to bring common masses out of miseries.”

It specified that “an important reason for the failure lies in the fact that the neoliberal economy structurally pushes people to the margin, and the populist policies pursued by the neoliberal states attempt to give temporary relief without touching upon the structural inequities. As a result, people are forced to move out under distress, both within the country and beyond.” The report pointed out that though India has been implementing a series of pro-poor entitlement policies, the interstate migrants are deprived of those policies, as they are not portable across state borders.

“For example, the subsidised food through the public distribution system (PDS) covers around 400 million below poverty line families. The benefit is administered through ration cards, which are issued and administered by the home state government. The same is the case with admission to public hospitals.” In this regard, only Kerala has made labour-friendly intervention by issuing identity cards to migrant workers under the category of ‘guest workers’ to avail of education and welfare services.

The report also highlighted, “There are preferential treatments in the case of high education and job opportunities under the control of the state government, too. In India, government jobs account for more than half of the employment opportunities for individuals with secondary education and above. State domicile is required for employment in such government entities. Study reveals that ‘these state-level policies inhibit interstate mobility for both low and high-skilled people’.”

Highlighting that internal migrants suffer not just in India but across the region due to poor state response, the report also pointed out that “in government interventions also, differential treatment often creeps in.”

“Migrants are not homogenous, and some categories of migrants are relatively better off or prominent, while certain categories are comparatively more backward and vulnerable. Available evidence suggests that some of the government interventions are essentially more skewed towards the better-off segments of migrants, whereas marginalised sections are largely left out from the benefits of such measures.”

“For example, the Bangladesh government has been more concerned about addressing the issues of migrants working in the garment sector (which is very crucial for the country’s economy), whereas the same degree of interest was not there in resolving the problems of workers in other sectors (such as in construction and domestic work).”

In India, an increased public participation in government schemes like the Mahatma Gandhi Rural Employment Guarantee Act, 2005 (MGNREGA) shows that “what is required is to immediately provide the migrants with work and food”. Apart from that, the report highlighted the need for other measures like the declaration of a moratorium for loans, assistance towards rehabilitating, reskilling and integrating the affected migrants to productive livelihood options and so on.

“There is a need for designing comprehensive migrant-friendly disaster risk management policies to fight the adverse impacts of the COVID-19 on migrant workers. Such measures should be based on reliable data on migration streams and migrant population, which is strikingly missing in almost all South Asian countries,” it added.

The report said when it comes to the issue of international migrants in South Asia, despite a lot of policy shortcomings, they have received attention. This attention is on two grounds – “the remittances received by these countries which constitute a substantive part of their respective GDPs, and the media focus on those migrants.”