'Drink Water and Hope You Don’t Die': How Sonbhadra Villages Live in Fear of Contaminated Water

In December 2021, the villagers of Makra faced a wave of sickness and deaths. "People were dying every day. Even children were dropping dead," one villager said. 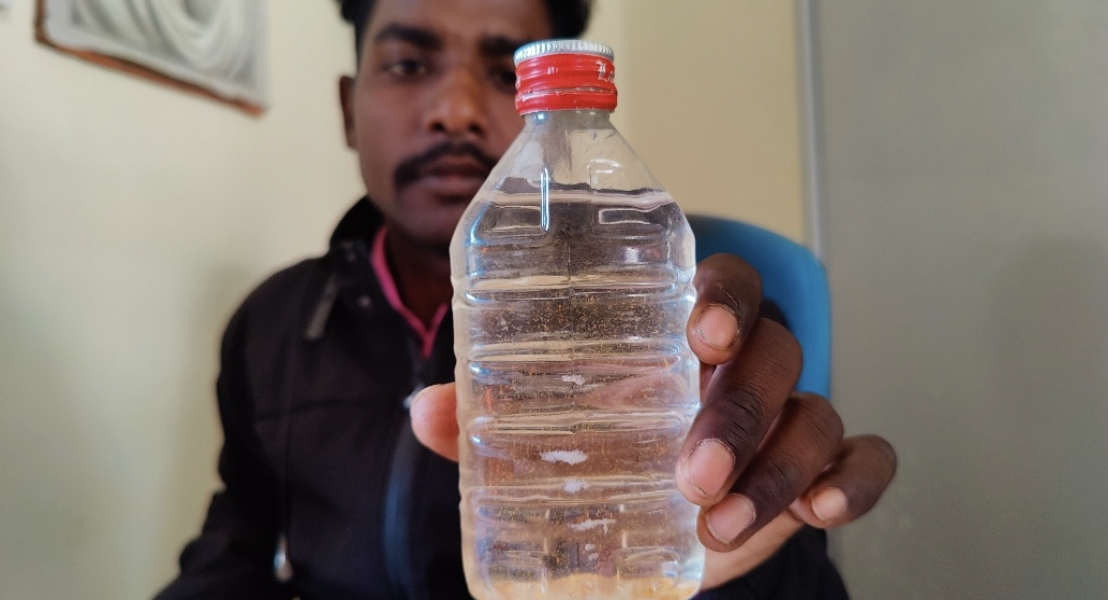 The problem of drinking water is getting worse with time. Photo: Ismat Ara/The Wire

Sonbhadra (Uttar Pradesh): In the Sonbhadra district of Uttar Pradesh, the availability of clean drinking water has become a big challenge over recent months. This is largely because of mining activity in the area, which severely pollutes groundwater and surface water bodies.

Mining may have also resulted in the overall lowering of the ground water table in the area. Experts say that the contamination in the water level may have also be caused by the rising number of factories being set up in the district.

Known as the ‘Energy Capital of India’, there are multiple power plants in Sonbhadra.

In December 2021, the villagers of Makra faced a wave of sickness and deaths. “People were dying every day. Even children were dropping dead,” one villager said. 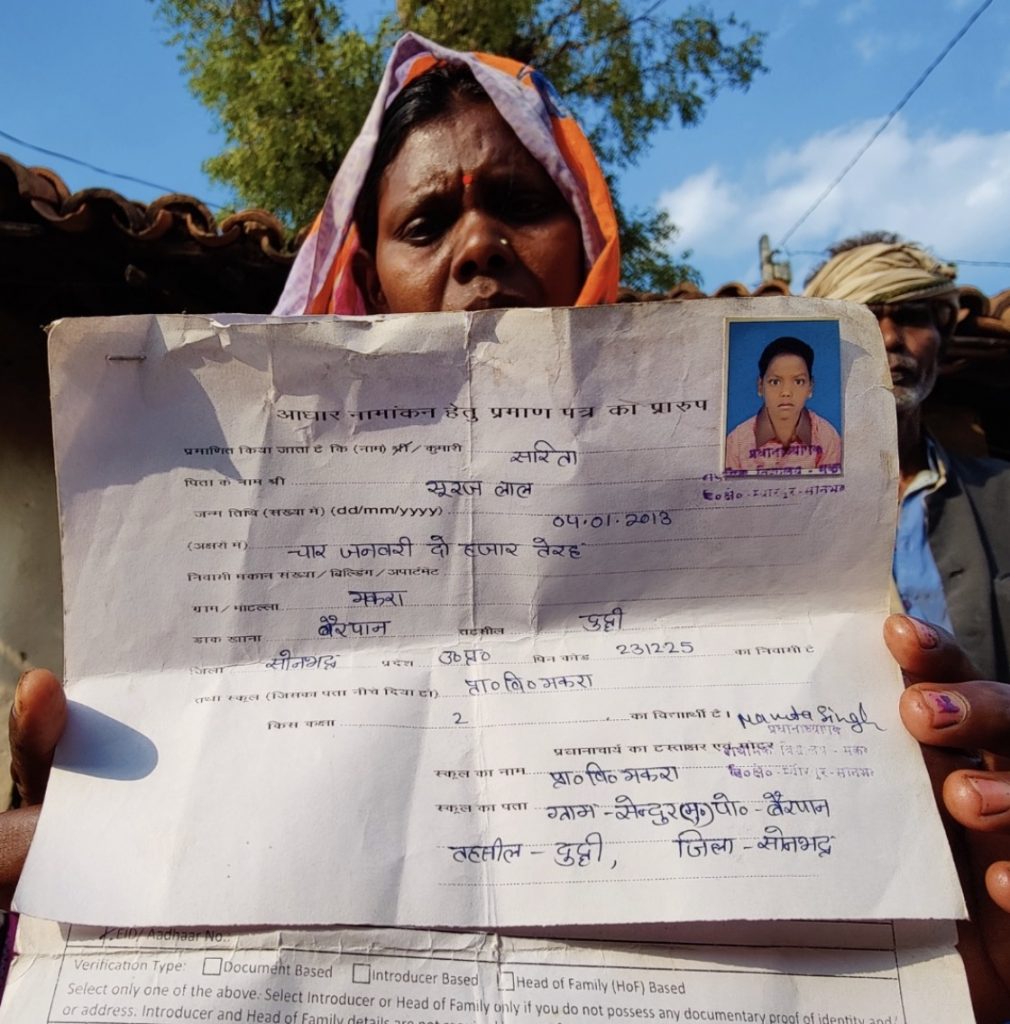 A mother holds a filled out application form of her daughter, Sarita’s Adhaar card, but she died before it could be made. Photo: Ismat Ara/The Wire

Even COVID-19 did not cause such a big havoc in the village. “This sickness took away people from many families, even corona did not take so many lives,” said Bindu Asini, a villager.

This contamination, according to locals, resulted in the deaths of at least 40 people in this village for a month between November and December 2021 on a daily basis. 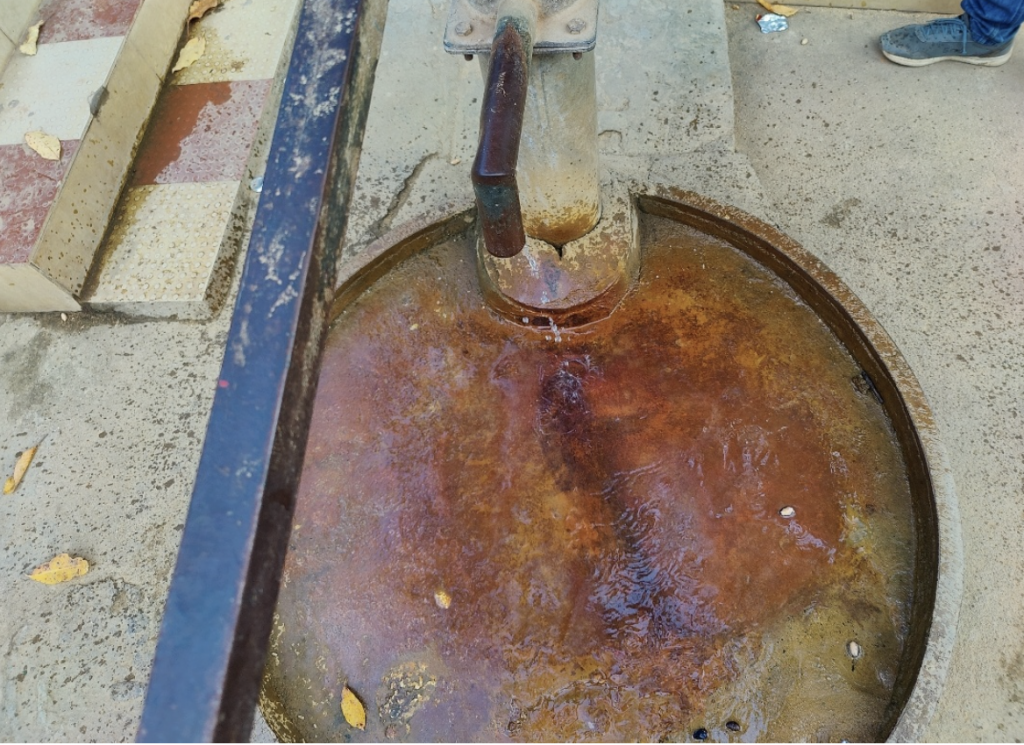 The water has made the area turn red in colour, a sign of high iron levels. Photo: Ismat Ara/The Wire

Bhuali, a 46-year-old woman, was among many women who fell sick in November. Her two kids had also fallen ill.

The three are still taking medication, and Bhuali complains of ever-increasing body pain. 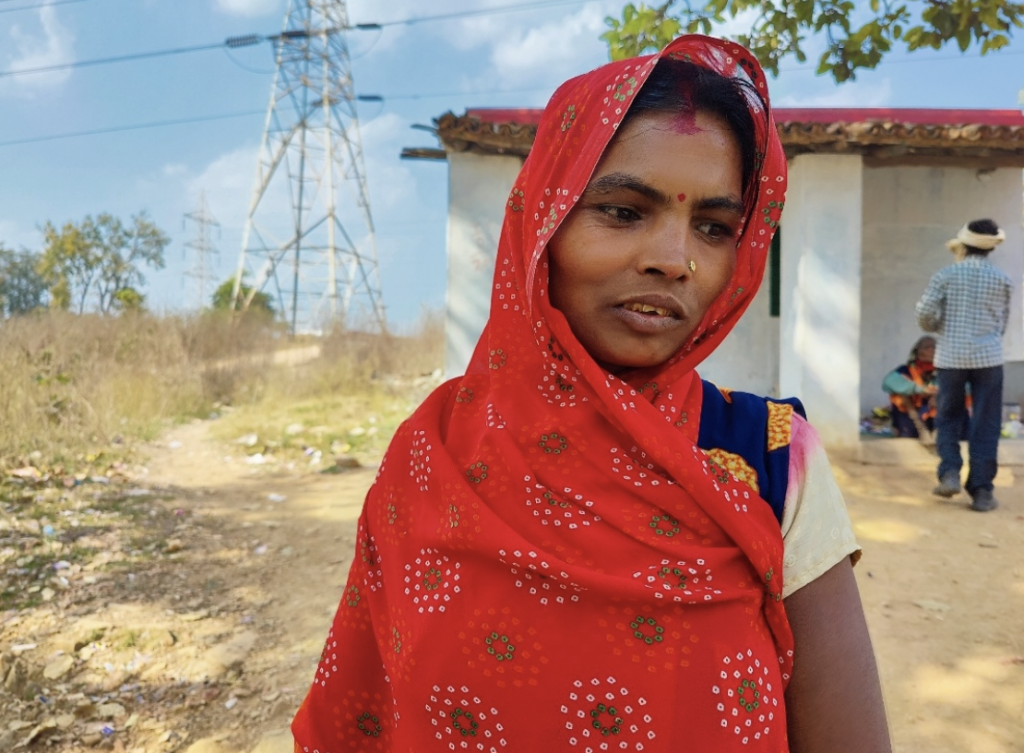 Bhuali is grateful that she still has her children and job, even though she has been suffering from acute pain in her legs since the sickness. Photo: Ismat Ara/The Wire

She sits outside the village, selling a a bare handful of vegetables from a basket. 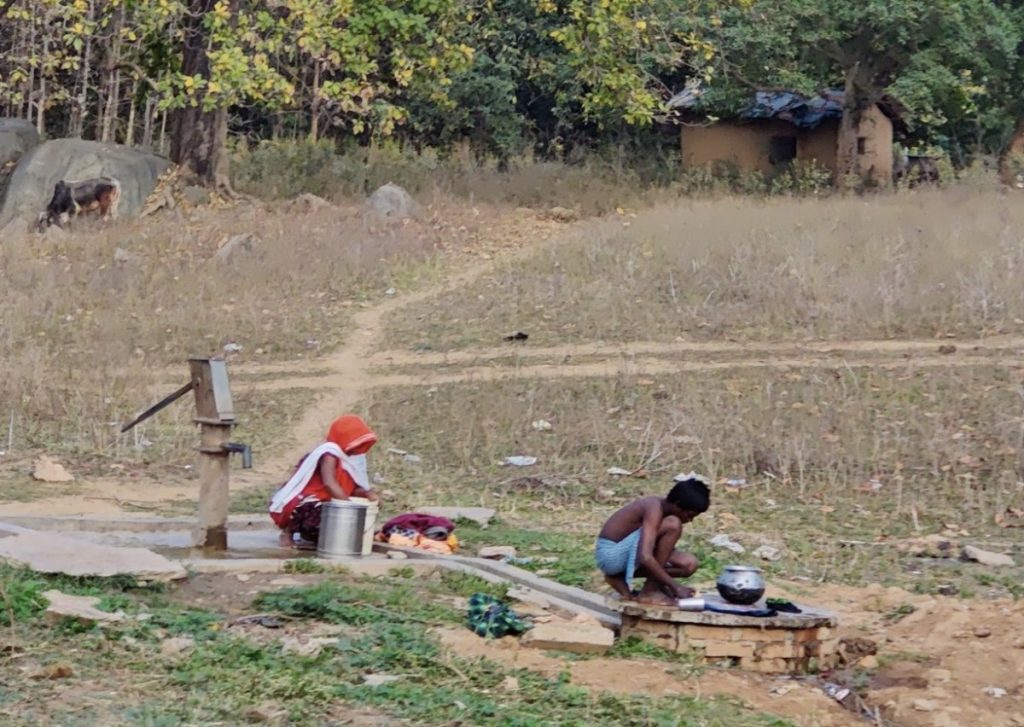 Bavraniya Devi, a daily-wage earner, is still living with the aftermath of the sickness. Her two sons and one daughter are also getting weaker by the day, she said.

As a sweeper, Devi needs to be physically fit to perform her job. Since her sickness, her body has been sore. There is a raging pain in her entire body. “My legs feel like they are breaking when I sweep the floor,” she said.

She has no choice but to continue working – her husband Angani Kumar is disabled, and she manages the household by earning close to Rs 200 every day.

She also needs to repay a loan she had taken when her children had fallen ill. But she considers herself lucky as she did not lose her children or die herself.

Referring to one Sushila, she said, “That whole family was wiped out.”

Sushila had gotten severely ill and died after being hospitalised. Her husband Hari Narayan had taken her to the hospital where she died after changing two hospitals.

Narayan said that the lack of treatment facilities in the village forced him to take his sick wife on two buses. 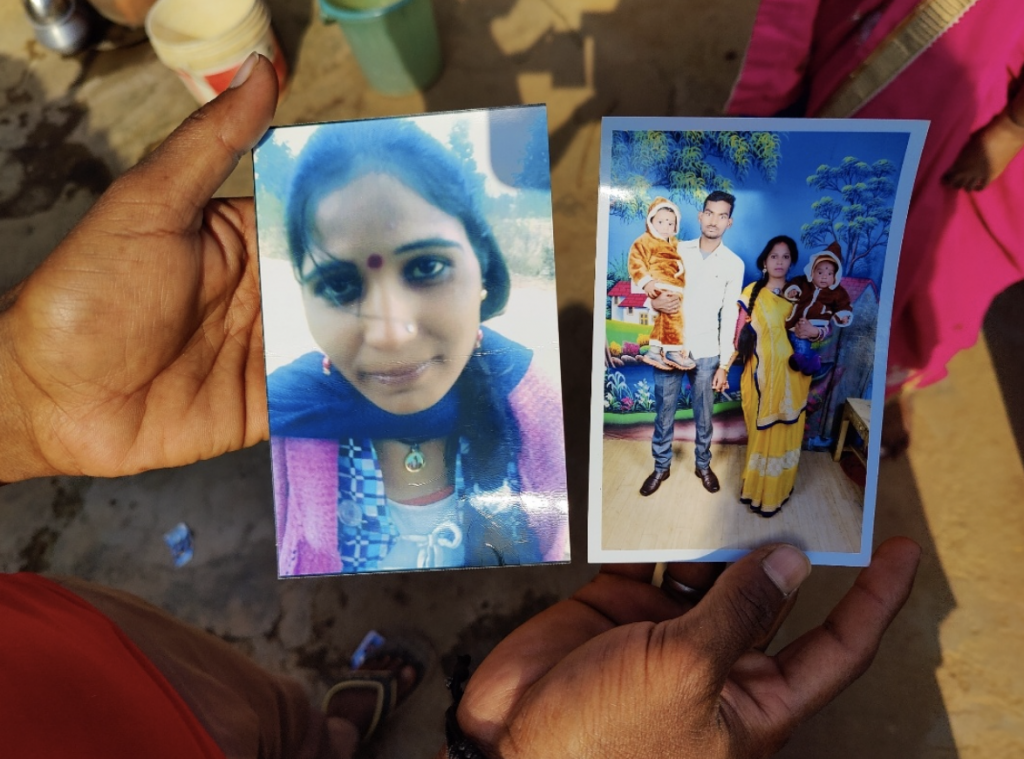 Sushila’s husband remembers his wife and two children, whom he lost recently within a gap of one day. Photo: Ismat Ara/The Wire

After losing his wife and both his sons, Narayan lost his job as a driver too. Now he works as a daily-wage worker and earns Rs 300 a day – just enough to sustain himself.

Janak Dhari, Sushila’s father-in-law, is distraught that his son’s whole family was wiped out by the disease. The tragedy continued, and Sushila’s brother too lost his 5-year-old son the next day. 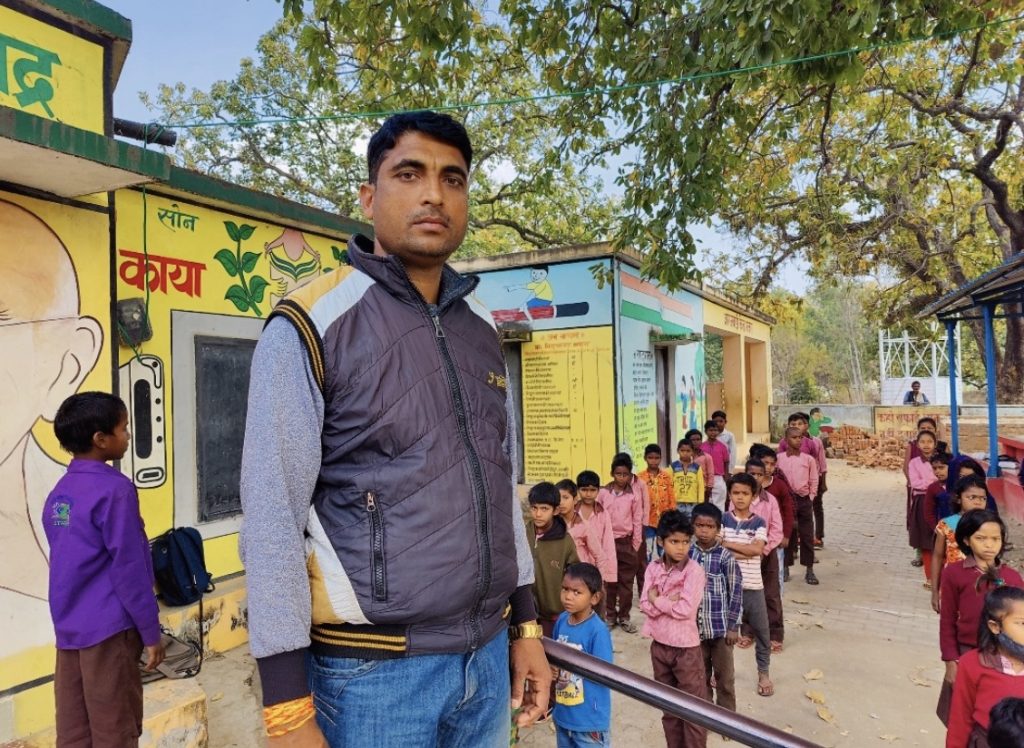 A school teacher at the local school said that during the sickness wave, kids were falling unconscious. Photo: Ismat Ara/The Wire

The loss of the kids is still haunting Sushila’s kutcha house. There are other kids who laugh and play in the verandah, but a sense of sadness has enveloped the faces of all the elders.

Radhe Shyam recalls the time when the two boys were sick. “They would not stop shivering,” he said. 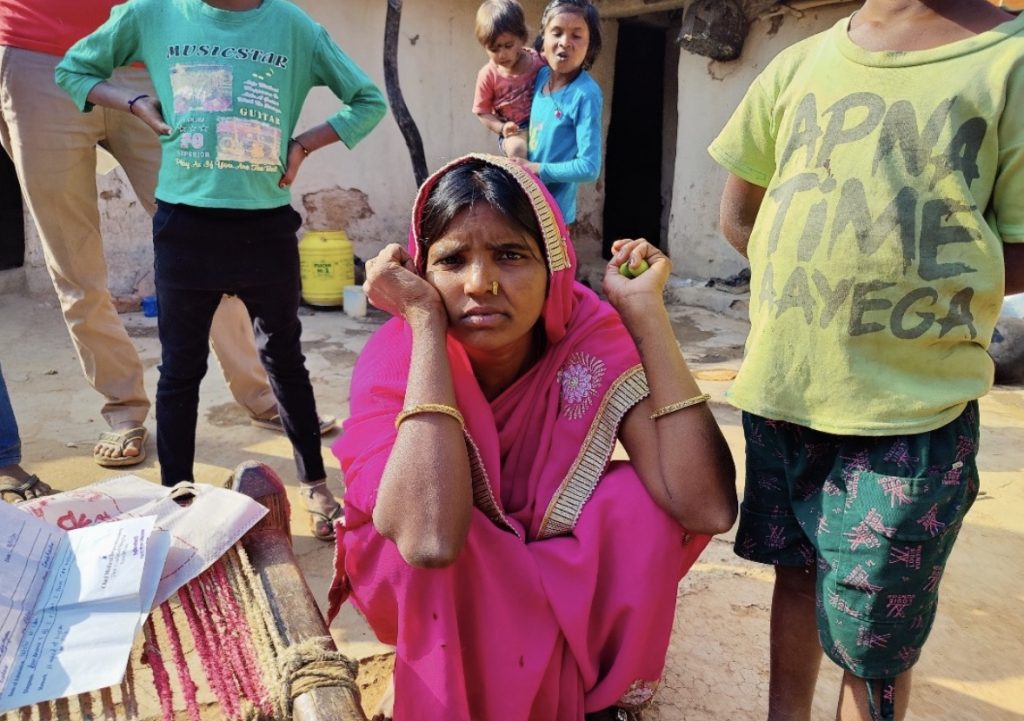 Many villagers are living with the trauma of losing their loved ones. Photo: Ismat Ara/The Wire

She only says one line when someone asks her about the death of her children.

According to official figures, between November and December in 2021, more than 40 people succumbed to malaria and jaundice due to contaminated drinking water. But while visiting the village, it seemed as though nearly every house had been struck by tragedy. 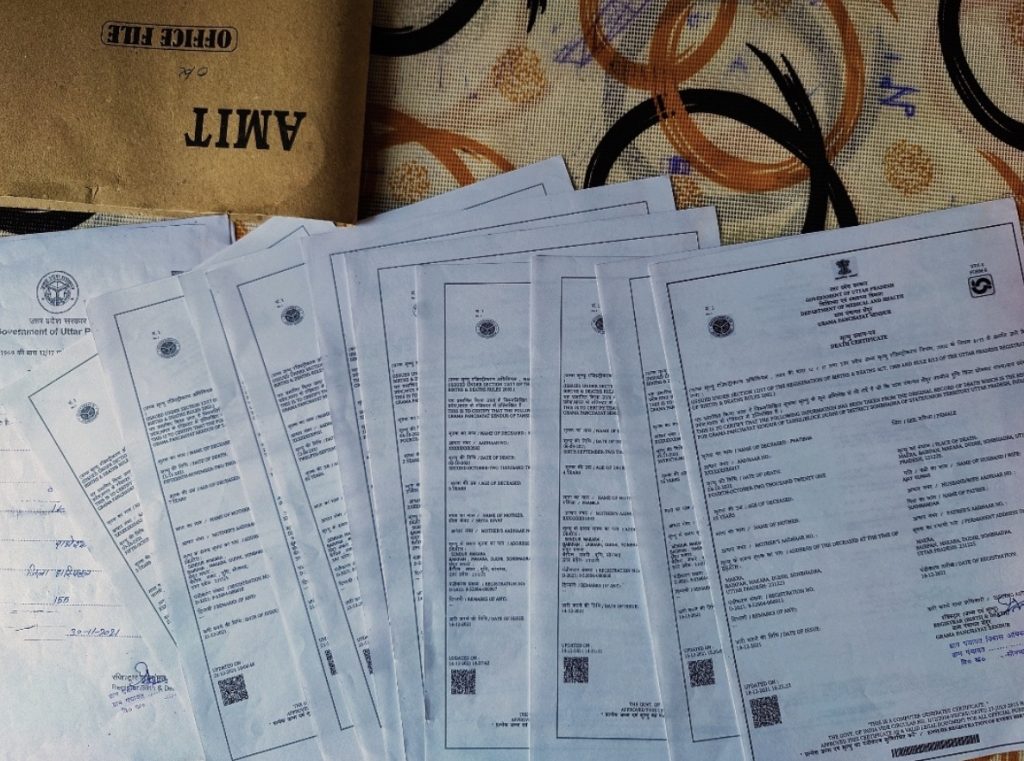 Death certificates of people who lost their lives are neatly kept in a file at the Panchayat office. Photo: Ismat Ara/The Wire

Mukesh Kumar, who works at the Pradhan office as an associate of Pradhan Ram Sajivan Saini, says that the main reason for these deaths was the bad quality of the water.

“Just one look at the colour of the water will tell you how unfit it is for drinking,” he said, holding a bottle in his hand with some muddy water in it.

When the water was tested, the fluoride and iron levels were found to be unfit for drinking water. Nitrate too was present in huge quantities, Kumar said.

The villagers said that even after this tragedy, Obra (ST) MLA Sanjiv Kumar never once visited the place. Kumar is one of the four BJP MLAs in Sonbhadra, the other three seats being Ghorawal, Robertsganj (SC) and Duddhi (ST.) 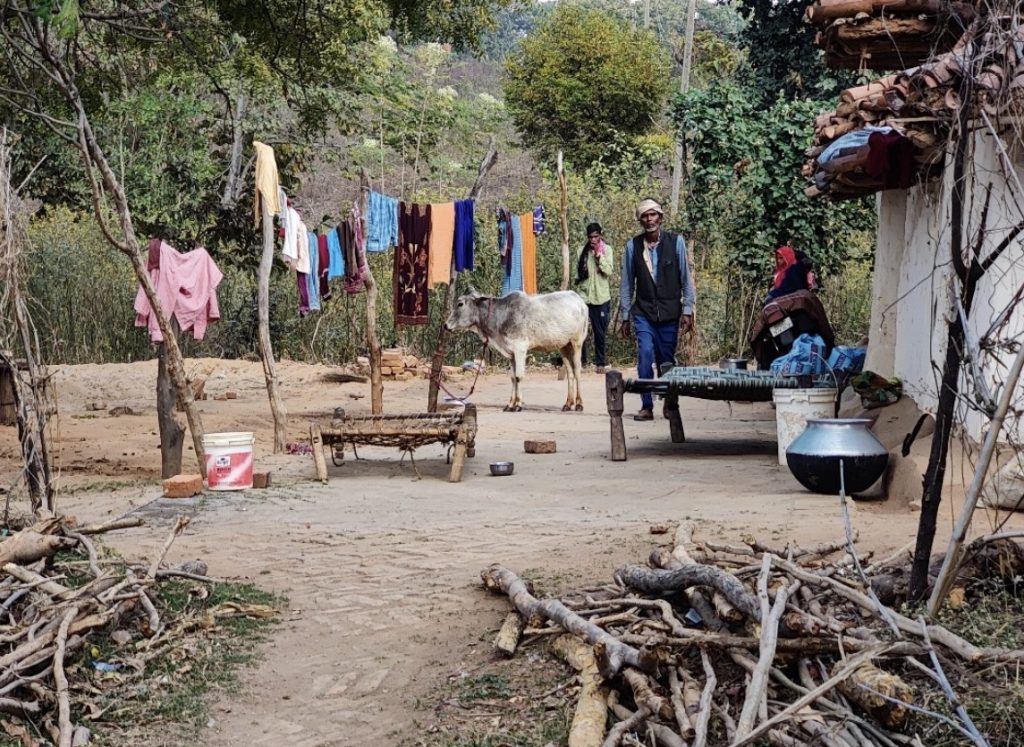 Obra is said to be Sonbhadra’s constituency with the highest number of people from the Adivasi community. Other caste groups include people from the OBC and SC communities, including Sainis, Yadavs, Baigas and Prajapatis.

Thakurs and Brahmins make up a small number of voters but the Muslim population is limited to just a few percent.

After the tragic incident, a 1,000-litre water purifier was installed near the village, but the villagers say that this belt requires at least 30 more such purifiers to meet their needs.

Dev Kumar, a villager who is associated with the Nishad party, said that this purifier can hardly meet the needs of a few families, let alone all the villages experiencing issues with water. 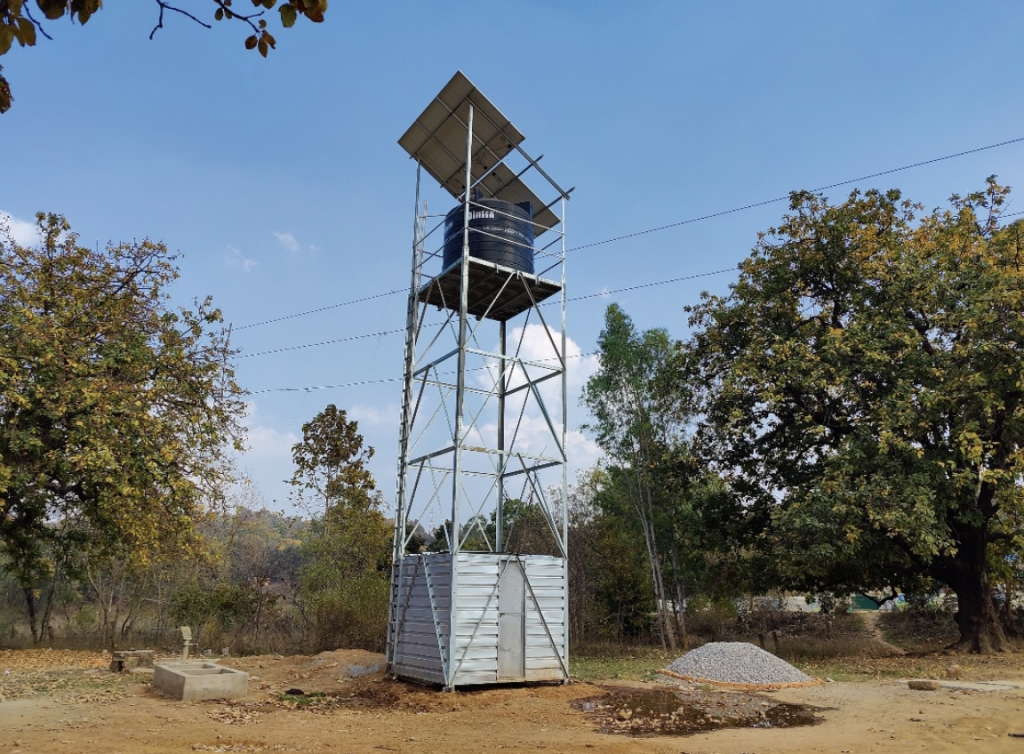 This is not enough to solve the water problem, the villagers are afraid. Photo: Ismat Ara/The Wire

The belt has about 45 villages and each village has between 3-5,000 residents. Most people are still drinking unfiltered water, either from the hand pump or a nearby water body, littered with garbage.

Experts say that the fast rate at which industries and factories are being set up in the region has severely affected the water and air levels, causing pollution in both.

The Primary Health Care (PHC) Centre at that time had no doctor to look at the patients but only the pharmacist was distributing medicine.

Nisha Prajapati, a student said that for her college studies, she is required to travel between 30-40 kms everyday on a private bus with no fixed timings. Because of this, she only goes to the college a few days every week.

Most parents are sceptical of sending their daughters to distant places for education due to fear of safety and non-availability of bus fare.

This week, during Prime Minister Narendra Modi’s rally in Sonbhadra, he said that a policy will be made to “utilise the wealth emerging from the Sonbhadra district” towards its development, referring to the District Mineral Fund (DMF), which focuses on the development of locals through funding of the mining industry.

The lack of infrastructure and unemployment has also resulted in a high rate of migration as villagers are going to cities such as Mumbai in search of work as labourers.

In all of Sonbhadra, water and air pollution caused by the rising number of factories is an increasing problem. Since it is part of a tribal belt and also shares borders with four states – Madhya Pradesh, Chhattisgarh, Jharkhand and Bihar – there are also instances of Naxalism in the district.Among other concerns, some villagers also love in the fear of floods because of nearby dams.