Section 144 has been imposed in the area and opposition politicians are being stopped from meeting the victims and their families. 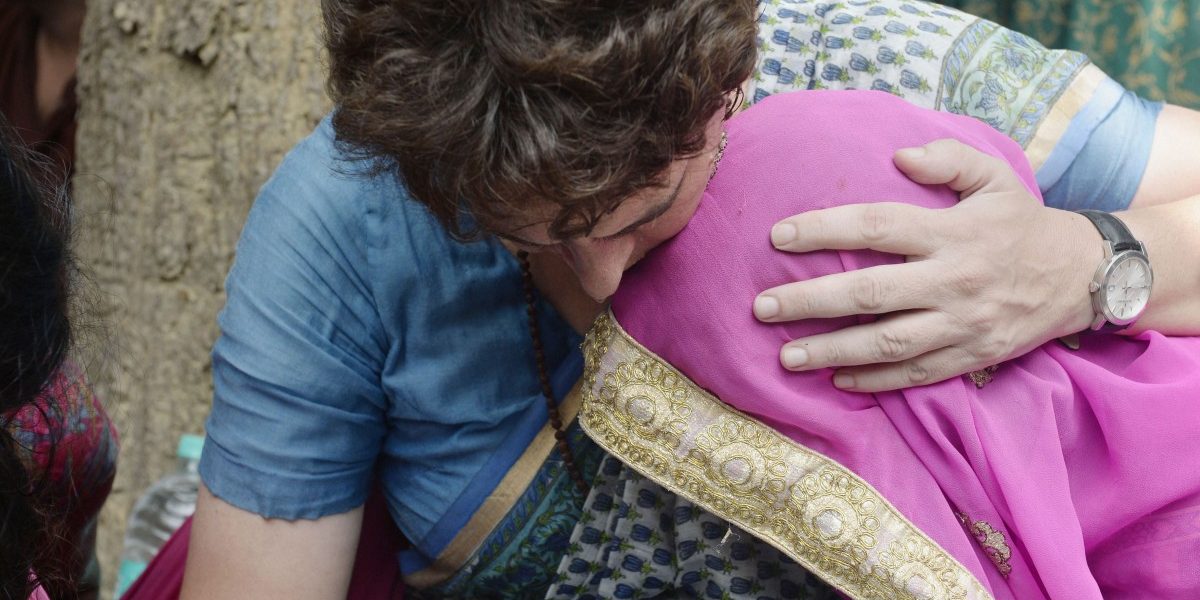 New Delhi: Three days after 10 landless Adivasi farmers were killed and many others injured when a group of men, led by the gram pradhan of Ghorawal in Sonbhadra district of eastern Uttar Pradesh attacked them over a property dispute, political parties and their representatives have been struggling to meet the victims.

Section 144 stands between politicians and victims

While a six-member delegation of the Communist Party of India (Marxist) did manage to meet the victims, Congress leader in-charge of Uttar Pradesh Priyanka Gandhi had to make do with meeting just two relatives of the victims.

These relatives were on Saturday allowed to meet her at the Chunar guest house in Mirzapur where she was detained by the district administration on Friday. Gandhi also announced that Congress would pay Rs 10 lakh each to the next of kin of the deceased.

Several other political parties have also attempted meeting the victims but in vain. 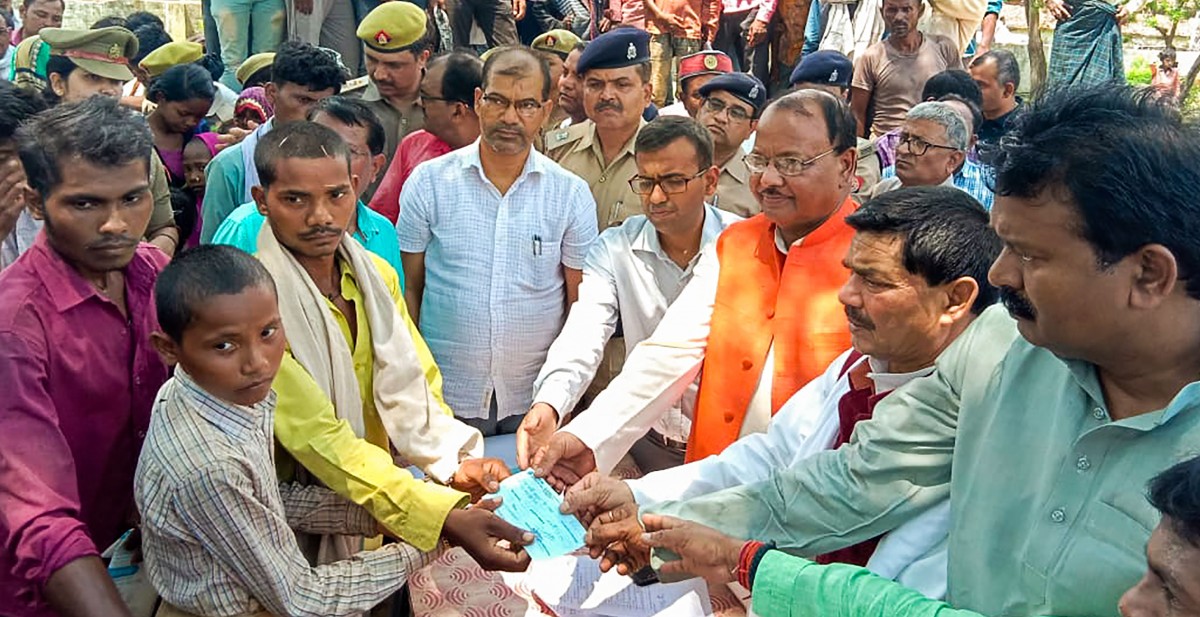 The Sonbhadra district magistrate distributing compensation to attack victims in front of the media. Image: PTI

The state administration has imposed Section 144 of the Code of Criminal Procedure in the area and barred the entry to politicians. The Sonbhadra district magistrate was quoted as saying that the situation was tense and thus entry of political parties as well as social organisations has been prevented.

It is because of this that a delegation of the Trinamool Congress, led by Derek O’Brien, was also not allowed to proceed to Sonbhadra from Varanasi. It held a sit-in demonstration at the airport.

BJP being blamed for massacre

The Bahujan Samaj Party has, in the meanwhile, criticised the imposition of Section 144. Its chief, Mayawati, said the prohibitive orders have been imposed because the Yogi Adityanath-led BJP government in the state wants to “hide its shortcomings pertaining to protection of life and property”.

However, other political parties are blaming the BJP government for the violence.

Though nearly 30 people, including main accused Yagya Dutt and his family members, have been arrested, and a sub-divisional magistrate and four police personnel have been transferred, the government has been accused of not protecting the Gond tillers who were being targeted by the accused for the past couple of years.

It has been learnt that Dutt and 10 other members of his family had bought 145 bighas of disputed land from the kin of a Bihar cadre IAS officer in 2017.

Thereafter, the accused had been trying to take possession of the land which was being tilled by members of the Gond community.

The Gond farmers had also lodged a complaint with the Revenue Department about the sale. A case was also filed by them in the civil court last year.

BJP government did not act on complaint

But instead of coming to their aid, the Adityanath government looked the other way. On July 17, the accused allegedly entered the disputed property with heavy equipment and fired indiscriminately at the Gond farmers who protested and resisted their forcible occupation of the land.

Following the visit of a six-member delegation to the village on Friday, the CPI(M) Polit Bureau issued a statement. It said: “After the Adityanath Government took office, the Adivasis were threatened by the local land mafia to stop tilling the land.”

The Left party said “the Adivasis had been tilling the land for the last seven decades but no Government gave them the land `pattas’ (title), which was their right.”

It added that following threats, “even though the Adivasis had complained to the authorities, the government and administration refused to act.”

Villagers were attacked by “truckloads of armed men”

Recalling the account given by the victim families, the CPI(M) said: “Truckloads of armed men led by Yagya Dutt opened fire even as the Adivasis were tilling the land…”

It said the victim families also gave an account of the number of times they had pleaded with the administration to give them ‘pattas’ in their name. “Earlier,” the party said, “the land had been captured in 1955 by powerful landlords led by one Sinha and a trust was formed in the name of Adarsh trust. Since then the Adivasi families have been paying an annual rent per bigha.” At last count, the rent was Rs 500 per bigha.

The CPI(M) said the tillers agreed to pay this rent on the assurance that the land would not be sold. But in 2017, “the land was apparently sold to Yagya Dutt with the help of the administration. This is during the regime of the BJP Government,” the party added.

Clearly, it said, “the current regime is responsible for protecting the land mafia and denying land `pattas’ to the Adivasis”.

It also demanded that land rights be given to the Adivasi families at the earliest and strong action be taken against the administration officials and the police who allegedly connived with the criminals.