"We have always held that peace is our biggest strength, and that any violation would hurt the movement,” the umbrella group of farmers' unions said in a press statement. 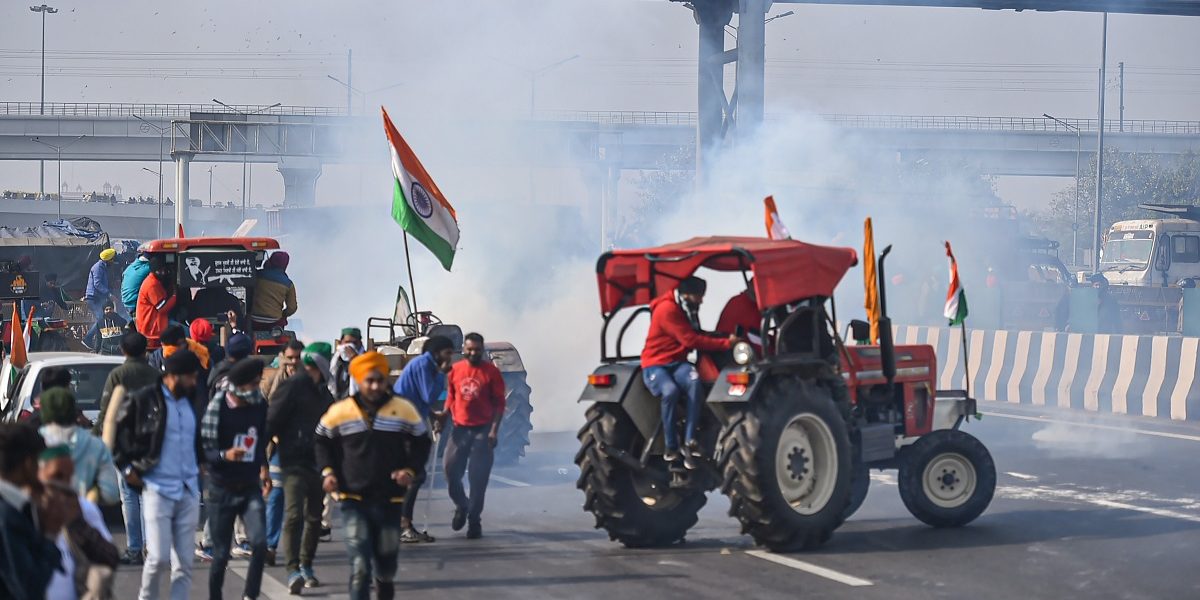 Mohali: Hours after certain groups of farmers deviated from the set route assigned to them for the tractor rally, leading to clashes with the Delhi Police and the death of one protestor, the Samyukta Kisan Morcha (SKM) – the umbrella group of over 40 farmers’ unions negotiating with the government on the farm laws – issued a press statement disassociating themselves from “elements that violated (their) discipline”.

“Despite all our efforts, some organisations and individuals have violated the route and indulged in condemnable acts. Anti-social elements had infiltrated the otherwise peaceful movement. We have always held that peace is our biggest strength, and that any violation would hurt the movement,” the press statement noted.

The SKM said that it will take cognizance of all “regrettable events” that have taken place in the capital so far and release a longer statement soon. “SKM has been trying to get a full picture of all the events with regard to the several Kisan Parades that were planned today and will share a fuller statement soon. Our information is that apart from some regrettable violations, the parades are underway peacefully as per plan,” the statement noted.

As early as 8 am on January 26, one of the farmers’ unions, the Kisan Mazdoor Sangharsh Committee (KMSC), deviated from the official rally route, as they had announced they would, a day before. After reaching Delhi’s outer ring road, Sarwan Singh Pandher, the chief of KMSC told the Indian Express that they would conduct the tractor march in a peaceful manner and will not violate the code of conduct issued by the protesting farmers.

By noon, however, certain groups of farmers clashed with the Delhi police at the ITO crossing.  Paramjaeet Singh, a working member of the SKM and a media coordinator of the ‘Kisan Parade’, told The Wire that no one from SKM was part of the violence. “Those who have reached ITO are from KMSC (which is not a part of the SKM),” he said. When asked why the Ghazipur route was breached and if the KMSC is a part of it, he said, “Some miscreants have done this. Seems like there was some confusion over the routes last night as well.”

Phone calls made to one of the chiefs of KMSC, Satnam Singh Pannu, went unanswered.

Tejinder Singh Virk, the chief of Terai Kisan Union, which is part of the SKM, said, “Some youngsters, full of fervour, deviated from the Ghazipur route and went to the Red Fort. But we urged them to come back,” He added, “It’s out of our control, but we’re still on the set route.”

Meanwhile, mobile internet services have been snapped in large parts of the National Capital Region, including Singhu, Ghazipur, Tikri, Nangloi and adjoining areas, on orders of the Ministry of Home Affairs. In addition, several entry and exit points of metro lines, have been closed. Many traffic routes have also been shut down.

This is the first time that the farmers, who have been protesting at the borders for two months against the Centre’s farm laws, have entered Delhi. The Delhi police has reportedly begun detaining protesters at Red Fort.