Sources told The Wire that the roles of three persons, including a Special Police Officer, are being probed. The families of the three have said they are vindicated. 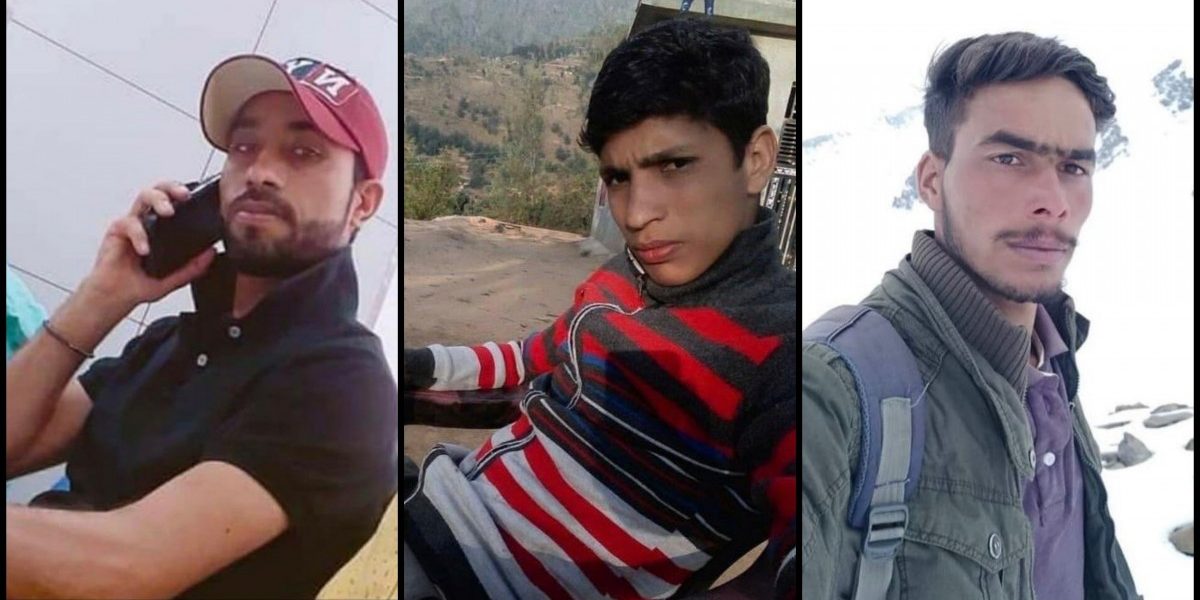 Srinagar: After an internal probe into the Shopian encounter which led to the death of two young men and a minor boy, the Army has found that those killed were indeed from Rajouri – as their families had claimed – and that “during the operation, powers vested under the AFSPA 1990 were exceeded.”

The Army also said in a statement that “the Dos and Don’ts of Chief of Army Staff (COAS) as approved by the Hon’ble Supreme Court have been contravened” in the course of the operation.

The Army did not elaborate on exactly how the Armed Forces Special Powers Act was exceeded and the guidelines were contravened, but said that disciplinary proceedings under the Army Act will be initiated against those found prima facie answerable.

“The inquiry has prima facie indicated that the three unidentified terrorists killed in Op Amshipora were Imtiyaz Ahmed, Abrar Ahmed and Mohd Ibrar, who hailed from Rajouri,” the statement reads.

On July 18 morning, the Army claimed to have killed three unidentified militants in an orchard at Amshipora in Shopian. Their families have claimed that the three had no terror connections and had gone to Shopian to work as labourers.

Following these claims, the Army and Jammu and Kashmir Police had ordered separate inquiries into the matter.

A team from Shopian police went to Rajouri and collected DNA samples of family members of the three on August 13 to match them with samples of those killed in the alleged Amshipora encounter.

The Army, on Friday, said that their DNA report is awaited. “Their involvement with terrorism or related activities is under investigation by the police,” it said.

“Indian Army is committed to ethical conduct of operations. Further updates on the case will be given periodically without affecting due process of the law of the land,” it added.

SPO, 2 others under scanner

Sources told The Wire that the roles of three persons, including a Special Police Officer, are being probed by investigating agencies.

“The SPO, who was posted in Kashmir Valley, is from Poonch. The second person is from Pulwama and the third one is from Shopian,” they said.

But police officials in south Kashmir refused to comment on the matter.

The Army’s admission that its members exceeded powers vested under AFSPA, came on the day when it recorded the statements of the families of the three killed.

The families of the three travelled from Rajouri and deposed before the Army’s inquiry officer at Victor Force headquarters in the Awantipora area of south Kashmir on Friday, September 18.

The families have called the Army’s statement a vindication of their claims.

“We have been saying from day one that they are our children. Now the government should immediately exhume the bodies so that we can  bury them in our native graveyard,” said Muhammad Yosouf, father of Ibrar Ahmad.

Also read: ‘Give Me His Body’: Father Insists Young Man Killed in Shopian ‘Encounter’ Was Innocent

At present, all three are buried at Gantamulla in Baramulla.

Choudhary Guftar, a social activist from Rajouri, who had been helping the families in their agitation, demanded stern punishment for the accused.

“They should be hanged. What was the crime of these children? They had come to Shopian to earn a livelihood,” he said, adding that their bodies should be immediately handed over to the families.

As already reported by The Wire, the families of the three youth had written to J&K’s Lieutenant Governor Manoj Sinha, seeking his intervention to help them get back the bodies of the three and give them a proper burial.