The activist had said the Indian Army was indiscriminately picking up men, raiding houses and torturing people in Jammu and Kashmir. 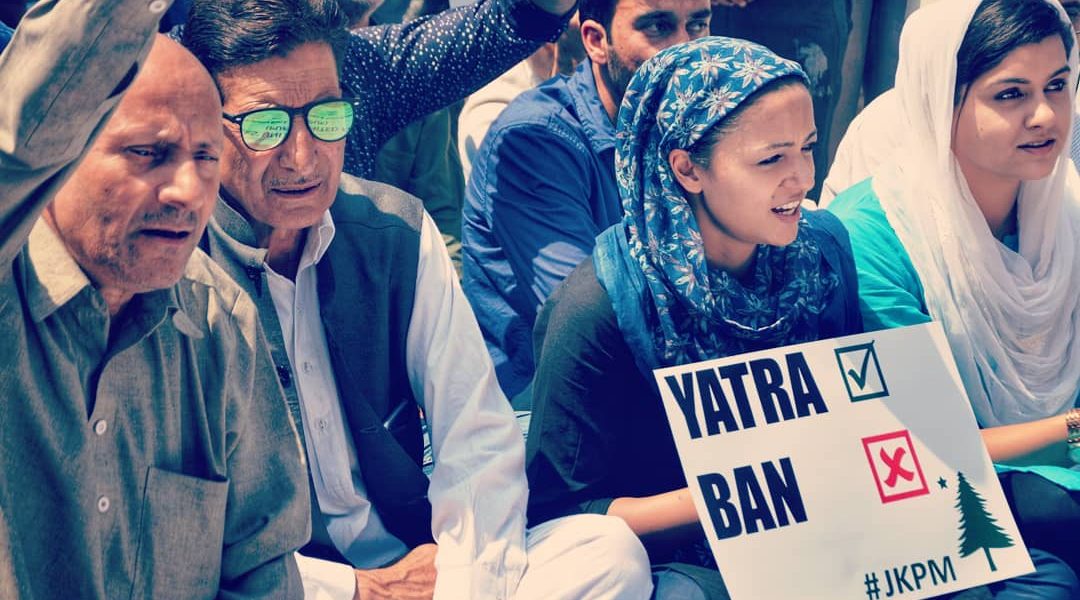 File photo of Shehla Rashid staging a protest-sit against the restrictions put in the wake of Amarnath Yatra at the Press Colony in Srinagar. Photo: Farooq Shah

New Delhi: Political activist Shehla Rashid on Thursday said she stands by her comments about alleged human rights violations in Jammu and Kashmir and will give proof if the Indian Army initiates an inquiry into her claims.

On August 18, Shehla Rashid had claimed that the Indian Army was indiscriminately picking up men, raiding houses and torturing people in Jammu and Kashmir.

Asked about evidence for her claims, which drew sharp reactions from the Indian Army, Shehla Rashid said, “I will give the evidence when the Indian Army constitutes an inquiry. I have given you my statement. Has the Army initiated any inquiry?”

“All I have said is based on authentic conversations with people who have come from Kashmir and have absolutely no reason to lie. I have given a lot of statements not just one. People are running out of LPG cylinders, cooking gas in Kashmir,” she said.

Some of the things that people coming from Kashmir say about the situation:

1) Movement within Srinagar and to neighbouring districts is more or less permitted. Local press is restricted.

2) Cooking gas shortage has started to set in. Gas agencies are closed.

The former Vice President of the Jawaharlal Nehru University Students’ Union said if the Army initiates an inquiry, she will depose before them and “will give them the particulars of the incidents… where they have happened”.

“Let them initiate an inquiry and if what I am saying is found to be true, then the Indian Army should given an assurance that the guilty will be punished,” she said.

When asked by a reporter to give evidence for the claims she made on Twitter, Shehla Rashid said, “Why should I give evidence to you? Why shouldn’t I tweet? Has it been banned under the Modi government?”

“You should go to Kashmir and show what’s happening on the ground. Indulging in hooliganism here will not serve any purpose. You are not showing what I am saying. I have not indulged in any rumour mongering. I am absolutely confident. I stand by my statement,” she said.

“There’s torture… gross human rights violations happening in Kashmir. If you want to become the government’s spokesperson, please be. I am not a government spokesperson. Please go and seek a post in the BJP headquarters and contest elections,” she said to one of the reporters.