She Radiated Friendliness on Both Sides of the Sub-Continental Divide: Amartya Sen on Asma Jahangir

"The angel of humanity may have gone, but the great inspiration and the penetrating education we have got from her are here to stay. 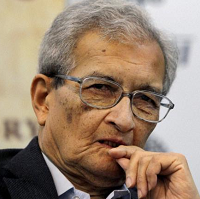 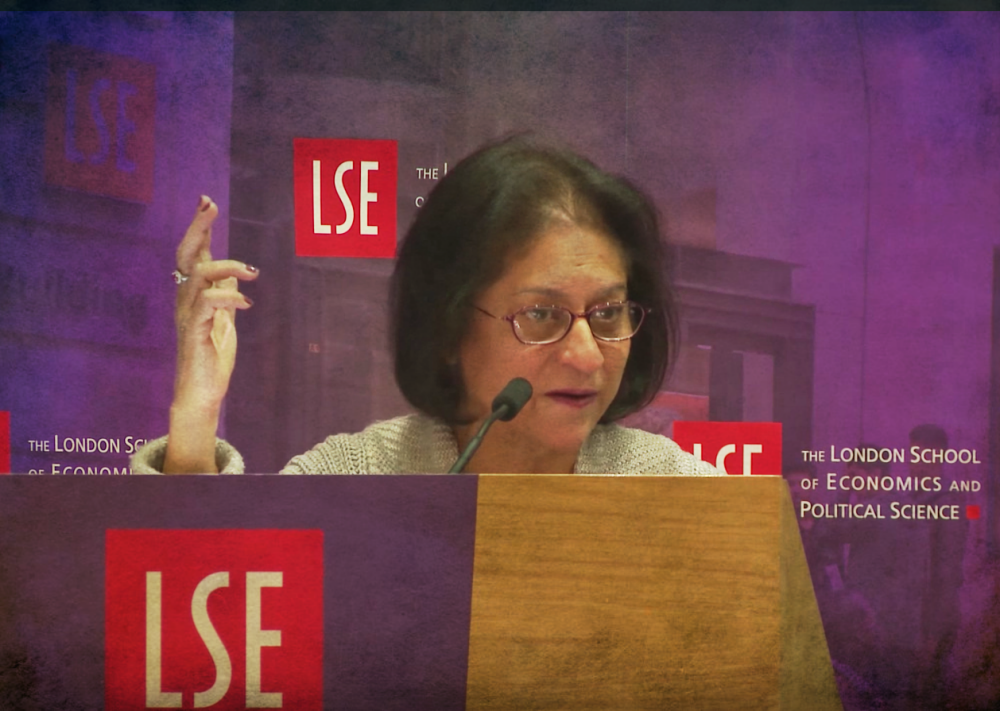 It is hard to find a measure of Asma Jahangir’s greatness. She was a brilliant intellectual, a superb humanist, a great political leader, an epitome of kindness, a personification of indomitable courage. Asma was all these things – and much more. Professionally she excelled as a magnificent lawyer – who did more than anyone else I can think of to defend and save helpless people from the unjust wrath of authoritarians and tyrants. As one of the most distinguished human rights lawyers in the world, Asma used her legal knowledge to protect the vulnerable and unimaginably strengthen people’s rights.

As it happens, Asma Jahangir’s first legal victory came before she became a trained lawyer. She won a great legal victory in freeing her father, Malik Ghulam Jilani, the parliamentarian and critic of the military, who had been unjustly incarcerated by the government. At the time of her victory at the Supreme Court (in a case celebrated as Miss Asma Jilani vs the Government of Punjab), Asma was barely 20 years old. Later, with professional legal training and far-reaching vision, combined with her exceptional intelligence, Asma became the leading defender of human rights in Pakistan, in the company of other great human rights activists like I.A. Rehman and Dorab Patel. It is extraordinary to see how much the Pakistan Human Rights Commission has achieved in the cause of justice, without even having the firm legal – and constitutional – status that, say, the Indian or the South African Human Rights Commission can comfortably rely on (those commissions have a much easier job than the Pakistan Human Rights Commission, which – despite that legal handicap – has achieved no less, particularly through powerfully mobilising public opinion and involvement).

I personally think that in understanding Asma’s success, it is important not only to appreciate the strength of her skilled arguments, her trained reasoning and her deep-rooted courage, but also the tremendous warmth of her personality including her radiating friendliness. She generated enthusiasm across the world, but particularly on the two sides of the sub-continental divide. Asma was loved in Pakistan, but no less in India, and whenever she gave a talk in India, the room – whatever its size – was always overfull. She communicated an amazing closeness that was felt by all. It was her companionable personality, in addition, of course, to the force of her reasoning, which helped her to bring judges, even in most difficult cases, to see her arguments with sympathetic clarity. It is amazing how Asma won case after case against what seemed like insurmountable adversity. 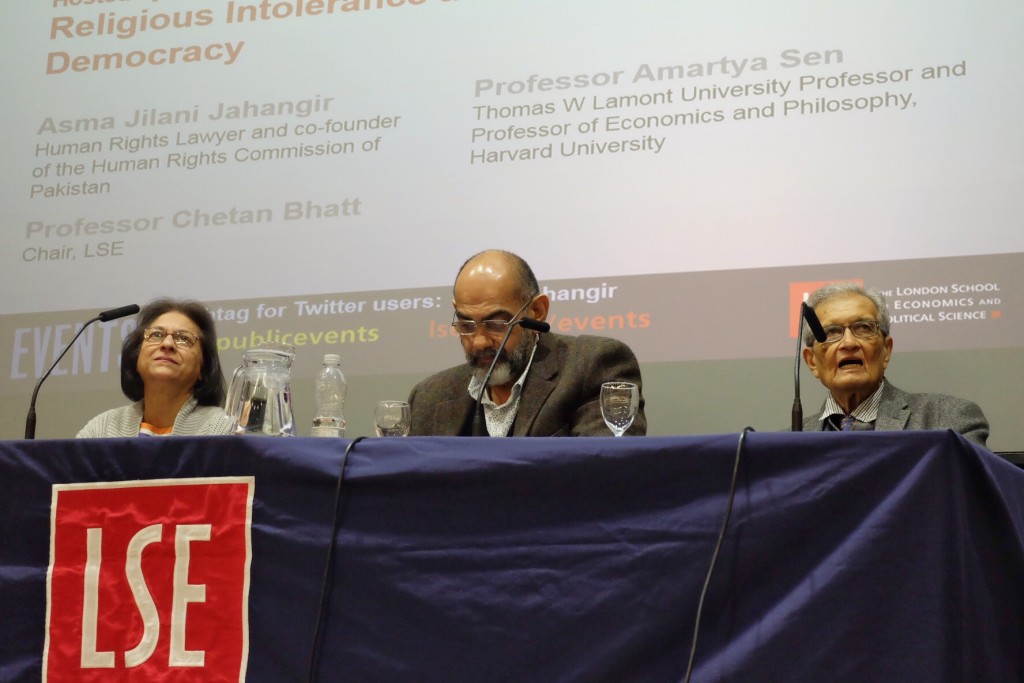 I have been extraordinarily privileged to have met Asma. I first met her when we were both members of a joint Indo-Pakistani initiative to engage the citizens of the two countries to talk more with each other (Asma was the co-chair of the group, along with the former Prime Minister I.K. Gujral on the Indian side). I was awestruck by the clarity of Asma’s mind as well as her boundless humanity and warmth. We had the chance to talk a great many times in many different places when we met (as we did frequently), but we had the most wonderful opportunity to talk endlessly when she and her wonderful husband, Tahir Jahangir, stayed with us at the Master’s Lodge of Trinity College in Cambridge. We were often joined by her younger daughter Sulema, also a lawyer. I learned a huge amount from Asma about how to think about one’s priorities and duties in the most complex of circumstances. One of the most fulfilling moments of my life came last year when Asma spoke at the London School of Economics, in a lecture named after me – I have not done anything to deserve it (I hasten to add) but the LSE has such an annual series. Asma explained to nearly a thousand students and teachers at the LSE how to fight injustice related to religious intolerance, using democratic means (a subject that seems to become more and more important across the world). Her ideas were buzzing around the LSE for many weeks.

Activist lawyers, especially those who lead human rights movements, are often in danger of violent attack by people whose despotism and oppression are threatened. In Shakespeare’s Henry VI, Part Two, when Jack Cade with recently acquired – indeed ill-acquired – power talks about his policy priorities, one of his followers, Dick the Butcher, says, “The first thing we do let’s kill all the lawyers”.

Asma had to face many such Dick the Butchers in her committed and dedicated life. But my fearless friend continued to speak, argue, plead, guide, and lead the movements she had founded and built, without being at all deterred. Threats and dangers could not stop her. Nor could they reduce the force of her reasoning. Nor diminish her extraordinary warmth and humanity which captivated all.

Even though Asma has left us, we can still not only bask in her glory, but also continue to be guided by what she has taught us. The angel of humanity may have gone, but the great inspiration and the penetrating education we have got from her are here to stay. At this tragic moment, there is comfort in that thought – and we can have pride in having known so perfect a human being.

This piece was earlier published in Aman Ki Asha. Read the original here.