Charged by the Police in Five States, But Who, Indeed, Is Sharjeel Imam?

His dissertation decoded how communal mobilisation was employed as a political force across North India in 1946 and showed that nationalism and communalism in Bihar then were mutually constitutive processes. 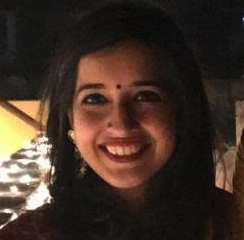 The first I heard of Sharjeel Imam was when a friend mentioned him with partial amusement – an MTech from IIT, a computer genius, had joined the department for a Masters degree in Modern History.

There is always unsaid skepticism among people from the social sciences about the capabilities of people with science backgrounds in the field of social sciences. We assume, like professionals of any field, that to grapple with narratives and methodologies of history writing requires years of training in the field.

Sharjeel, however, proved us wrong, and remarkably so.

He brought with him the precision of scientific inquiry, coupled with a meticulous acumen for data completely devoid of theoretical jargon. The result was his MPhil thesis a couple of years later, described by historian Ritajyoti Bandyopadhyay as “immaculate” in presentation and written expression.

Conversations with Sharjeel unravelled the persona underneath the engineer-turned-historian.

The most striking thing about him was perhaps his ability to hold forth on topics that stemmed from a wide range of experiences. He could be easily found regaling classmates and peers with stories from Kako, his native village in Bihar – they ranged from how he learned grassroots politics from his father, learned to ensure communal harmony and conduct peaceful processions during clashing religious events, to his time in Amsterdam when he finished a project in half the time assigned to him and spent the rest of it exploring the city without spending a penny.

Also read: What Sharjeel Imam’s ‘Seditious’ Speech Has in Common with the BJP

Soon we were to hear of his deep dives into regional archives, skilled as he was in multiple languages and scripts, all self-taught.

As his academic seniors, many of us chided him for not being in constant touch with his supervisor or sending chapters in the specified font size, much to the chagrin of teachers. But it was the content of Sharjeel’s research that more than made up for his organised yet chaotic way of functioning. He dug out rare maps and used his linguistic skills to dive into regional media sources.

Most importantly, Sharjeel brought to research his ‘lived experience’.

His dissertation titled ‘Exodus before Partition: The Attack on Muslims of Bihar in 1946’ astutely showed that nationalism and communalism in Bihar around the time of Independence were mutually constitutive processes.

He looked at three particular aspects – the patterns of rioting in 1946 in Benibad, Kako, and Telhara in Bihar; the government response in containing the riot and in handling the post-riot refugee crisis; and the representation of the riot in both metropolitan and local presses.

He used his linguistic skills to get access into archives of three different languages, English, Urdu and Hindi. He used both press materials as well as police and military records. As Sharjeel traced how the riot engineered lasting polarisation between Hindus and Muslims in Bihar, forcing more and more Muslims to become less and less averse to the Muslim League, one cannot help but be reminded of the situation of today.

This entire pattern could well have been a discussion on Jamia Milia Islamia or Aligarh Muslim University and the police attacks on them.

Sharjeel’s dissertation decoded how communal mobilisation was employed as a political force at the time across north India, a small but crucial part of which were the Bihar riots of 1946.

Today we see a strikingly similar pattern. WhatsApp groups are littered with deliberate misinformation and misrepresentation, fanning communal insecurities even as stories of police violence in Uttar Pradesh barely make the mainstream news, and are particularly absent from Hindi dailies. Today as well, we can observe a strong enduring polarisation, even as Sharjeel is called a ‘Mughaliya’ in an official campaign video of the BJP for Delhi elections.

Whoever has known Sharjeel closely – and the numbers are many considering his willingness to sit anybody down and chat their ear off – will know his impatience for political correctness.

He has long pushed for the need to call a spade a spade, or else we are stuck in status quo – he has articulated this irreverence for ‘faux’ political alliances, whether it is against the Left within JNU over campus politics, or the larger left-liberal circles and the supposed ‘secular’ political parties over national issues.

He has believed it crucial to assert his Muslim identity, to ‘normalise’ this assertion in a way that is no longer seen as a negative connotation.

For many of us who identified with progressive politics, this articulation was important to face our internalised constructions. It forced many – both within the JNU campus and outside – to understand and underline the difference between ‘Muslimness’ and ‘Islamic fundamentalism’ – a label so quick to be attached to any Muslim who chose to be vocal in politics.

Sharjeel is only too aware of the battle he has chosen to fight – to ensure an equal space, an equal voice, in no uncertain or apologetic or subservient terms, for the Muslim Indian.

I’m sure he knew the cost of this battle as well. Sedition has become a rite of passage for nearly every youth leader who emerges organically from the crowds. It has become a punishing reward for daring to mobilise people, whether its Chandra Shekhar Aazad or Akhil Gogoi.

Also read: Sharjeel Imam’s Speech Was Wild and Irresponsible, But Was It ‘Sedition’?

While we remain certain that cases of sedition against any of these people, Sharjeel included, will not last in our courts, we also need to not make this a ‘new normal’. We cannot let our students, our youth,  languish in jails or be deterred from voicing their opinions for fear of imprisonment.

The lack of support to Sharjeel is deafening in comparison to the last time JNU students were charged with sedition. This hesitation, disguised as reluctance to ‘endorse’ his politics, only serves to normalise this rite of passage behind bars. One can only, resignedly, remind everyone that solidarities are not endorsements, even if unconditional.

As social scientists we often find ourselves living our research, whether in sites, rituals, or identities. Sharjeel is part of this process – he lives his research, forcing us not just to be innovative in imagining the way ahead but also to ask difficult questions of the past,  to remember why we are here today.

As a vocal, educated, political voice, Sharjeel has always been aware of the urgency of speaking up and the perils that face communities when individuals keep their silence.

His dissertation began with a couplet by Kaleen Aajiz, that now reads almost as a grim warning for those who choose to maintain their silence on him instead of condemning his incarceration.

(‘The whole garden was shouting that the morning has come
I came to know of it only when my house started burning.’)

Sharjeel Imam is perhaps the very embodiment of what an inter-disciplinary university education aims to do – giving space to the brightest minds of the country to think aloud ideas the world calls absurd, and find the rationality to back the idea such that the absurd too becomes the new normal.

This is perhaps why Sharjeel is locked up in jail today with five states having charged him with sedition.

They might as well have charged him for being a critical thinking research student.