The Supreme Court said that the seven Rohingya had been convicted by the competent court under the Foreigners Act and were held to be as 'illegal immigrants'. 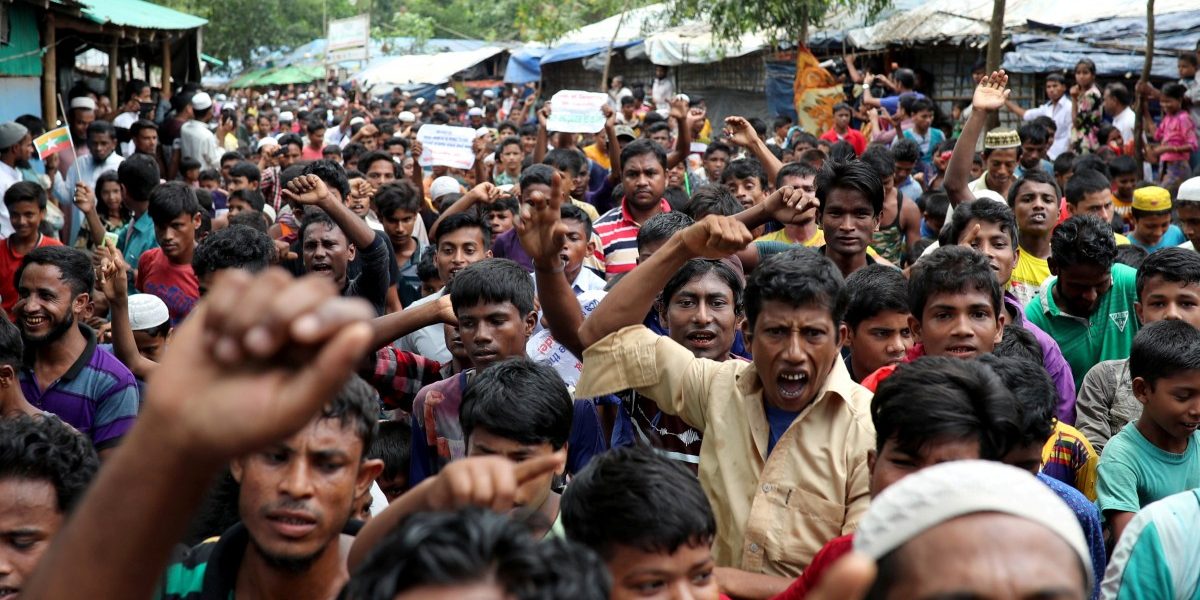 New Delhi: The Supreme Court, on Thursday, cleared last minute hurdles leading to the first ever deportation of seven illegally migrated Rohingya, staying in Assam, to Myanmar by dismissing the plea which sought to thwart the government’s move.

Just after the court’s order, the authorities concerned deported the seven, who had migrated to India in 2012.

Those deported were Md Jamal, Mohbul Khan, Jamal Hussain, Md Yonus, Sabir Ahmed, Rahim Uddin and Md Salam – all in the 26-32 year age bracket and were handed over to the authorities of Myanmar at Moreh border post in Manipur.

The top court said that these Rohingya were convicted by the competent court under the Foreigners Act and were held to be as illegal immigrants.

A bench of Chief Justice Ranjan Gogoi and Justices Sanjay Kishan Kaul and K.M. Joseph said that even the country of their origin Myanmar has identified them and accepted them as its citizens.

“Having considered the prayer, we would not like to interfere with the decision taken. The petition is dismissed,” the bench said.

The bench rejected the plea made by one of the Rohingya, who had filed an application seeking to restrain the Centre from deporting to Myanmar the seven Rohingya lodged in a detention centre at Silchar in Assam.

The top court took the case as first matter after advocate Prashant Bhushan, appearing for petitioner Jaffarullah, informed the court that it is an urgent issue as the seven Rohingya were taken to the Indo-Myanmar border from where they will be deported.

During the hearing, Additional Solicitor General Tushar Mehta, appearing for the Centre said that these Rohingya illegally migrated to India in 2012 and were convicted under the Foreigners Act.

He said that after the conviction they were sent to a detention centre and the Ministry of External Affairs (MEA) had contacted the Myanmar embassy for identification of these seven Rohingya.

“Following the verification, Myanmar government issued a certificate of identity to the seven Rohingya along with one month visa to facilitate their deportation,” he said, adding that after getting the travel documents they were taken to the border.

The bench, asked Mehta that does his submissions made before the court were on an affidavit.

Mehta replied in an affirmative and read out the relevant paragraphs saying that these seven Rohingyas had illegally entered into the territory of India.

He said that authorities concerned caught them and put them in detention centre following their conviction by a competent court.

Mehta said that after the MEA contacted embassy of Myanmar and they confirmed the Myanmarese citizenship of the illegal immigrants following which one month visa and relevant documents were issued.

The bench then told Bhushan, “First of all they have been held as illegal immigrants by the concerned court and secondly the country of their origin has accepted them as its citizens. Now what remains”.

Bhushan said that Myanmar had earlier refused to accept these Rohingya as its citizens.

He said that after the genocide which has happened in Myanmar in which over 10,000 people have died, lakhs of Rohingya have migrated to Bangladesh and India.

Bhushan added that even UN have termed it was a worst kind of genocide in which many Rohingya have been killed and their properties destroyed.

“These are not illegal immigrants but refugees who have migrated due to genocide in their country. The court should direct sending UN high commissioner or his representatives to talk to these seven Rohingya. If they are willing to go back to their country, then its fine but they should not be sent under some kind of duress”, he said.

The bench said it would not like to interfere with the decision and dismissed the petition.

Bhushan said it is a matter of life and it is the court’s responsibility to see that the lives of Rohingya are protected.

The application was filed by one Jaffarullah, who said Rohingya should not be deported under any kind of duress as they have migrated due to “genocide” in Myanmar.

The interim plea, seeking urgent measures to stop the proposed deportation of seven Rohingya, was filed on a pending PIL.

The PIL was filed earlier by two Rohingya immigrants – Mohammad Salimullah and Mohammad Shaqir – challenging the Centre’s decision to deport over 40,000 refugees who came to India after escaping from Myanmar due to alleged widespread discrimination and violence against the community.

This is the first time Rohingya immigrants have been sent back to Myanmar from India.