It has been 12 days since the residents of a makeshift camp erected to house families displaced by the Sardar Sarovar Dam have received food.

As long as she can remember, Kanchan Bai has subsisted on food from the farmlands of the Narmada river. But she lives in a temporary relief shelter now, after the Sardar Sarovar Dam, the world’s second-largest dam, began to fill its reservoir, flooded her house and sent her there.

It has been 12 days since food from the shelter’s authorities has stopped coming through. Kanchan Bai, 60 years old now, has been living on rice gruel and watery dal for the last week. The camp is located near the now-submerged Nisarpur village of Madhya Pradesh’s Dhar district. It houses over 400 families that share a similar fate.

Already impoverished agricultural labourers are rapidly running out of options for even a square meal – leave alone fair compensation. 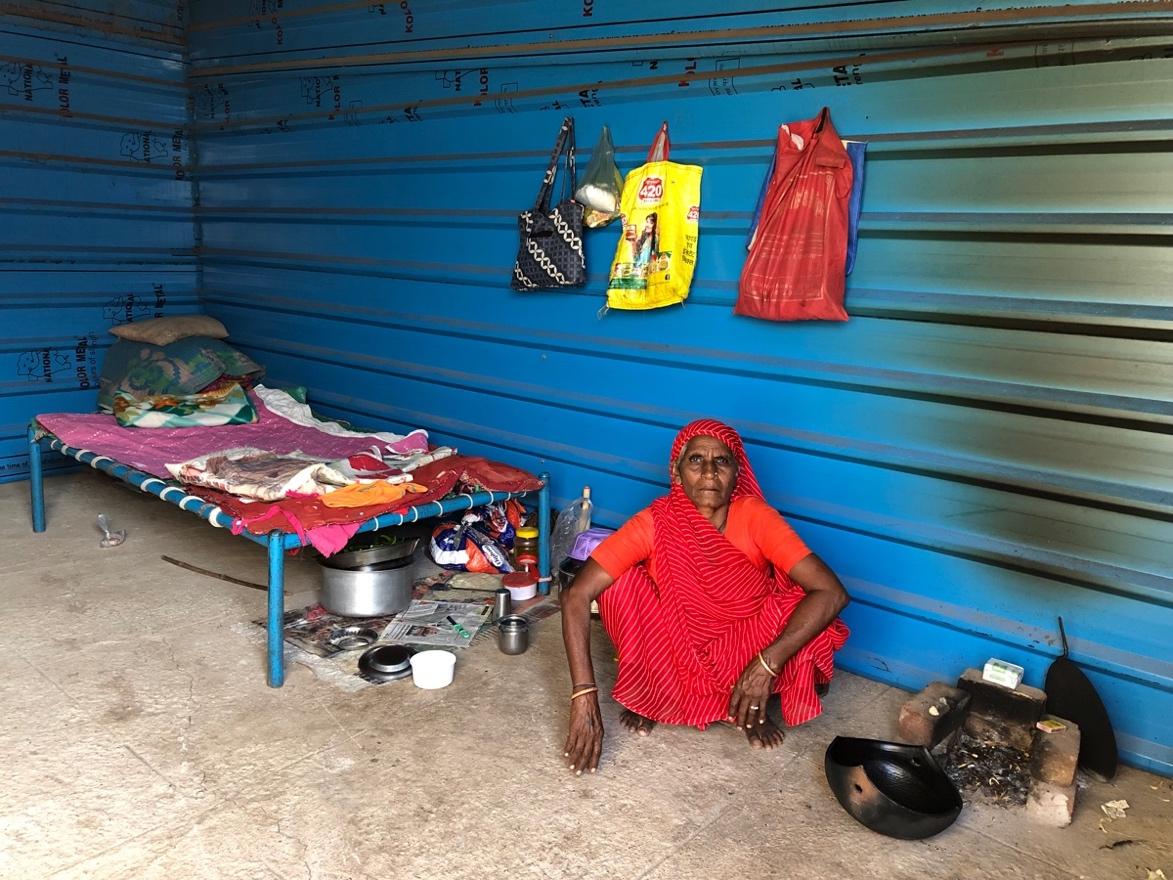 Kanchan Bai in her room at the makeshift camp near the now-submerged Nisarpur village. Photo: Anjali Rao Koppala

The camp consists of multiple rows of tin sheds. Every family gets one room, and every room has an electric fan and a window. Twenty rooms share a water tank, four bathrooms and toilets, most of which are dirty and nearly unusable. Some water tanks have already become defunct, so there isn’t much water available for cleaning and washing. There are no waste bins either, there are little mounds of garbage in the open, each a breeding ground for mosquitoes and other vectors of unhygienic living situations. 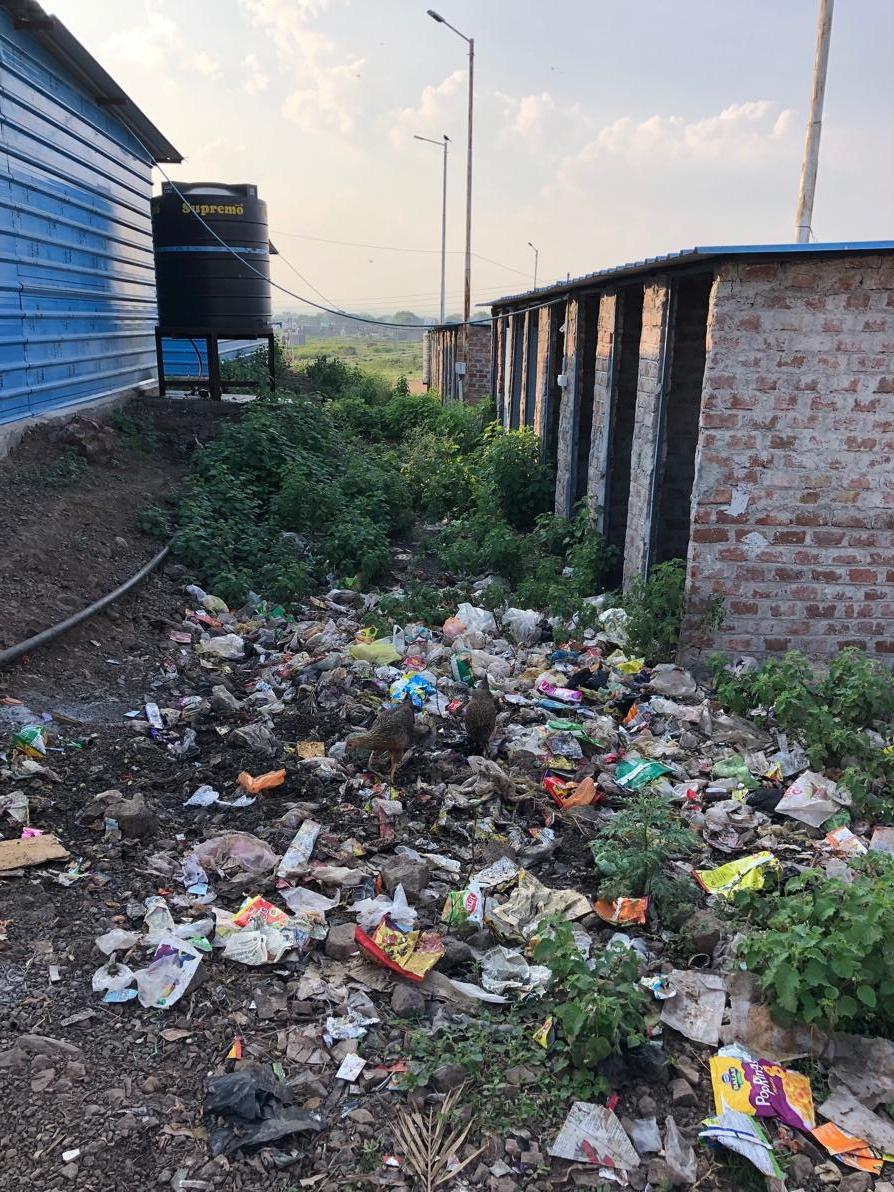 The camp serves the people housed here three meals a day, mostly comprising dal or a vegetable, rice and roti, as directed by the Narmada Valley Development Authority (NVDA), a government body that oversees rehabilitation work.

The NVDA has been issuing tenders each month since August to supply food, water and electricity to the camp, and building more sheds. There aren’t many takers, and as older contracts expire, the government is slow to issue new tenders. As a result, many families have stopped receiving food on time, or sometimes at all. Worse, they are likely to be evicted in a week or so because the lease on the tin-sheds is running out.

And then there’s the bureaucracy to contend with. “The provision for food was originally meant to last till October 15 but was extended till the end of that month,” Srikanth Bhanot, the district collector of Dhar, said. “We have now raised the issue with NVDA officials, who have the final authority in deciding the matter, and unless they give further orders, we cannot resume providing food.”

Rahul Yadav, an activist with the Narmada Bachao Andolan, said, “Until every family gets rehabilitated and compensated as per the provisions of the NWDT Award and Supreme Court ruling, the NVDA officials cannot evict these people nor stop providing them with food, water and other amenities.” 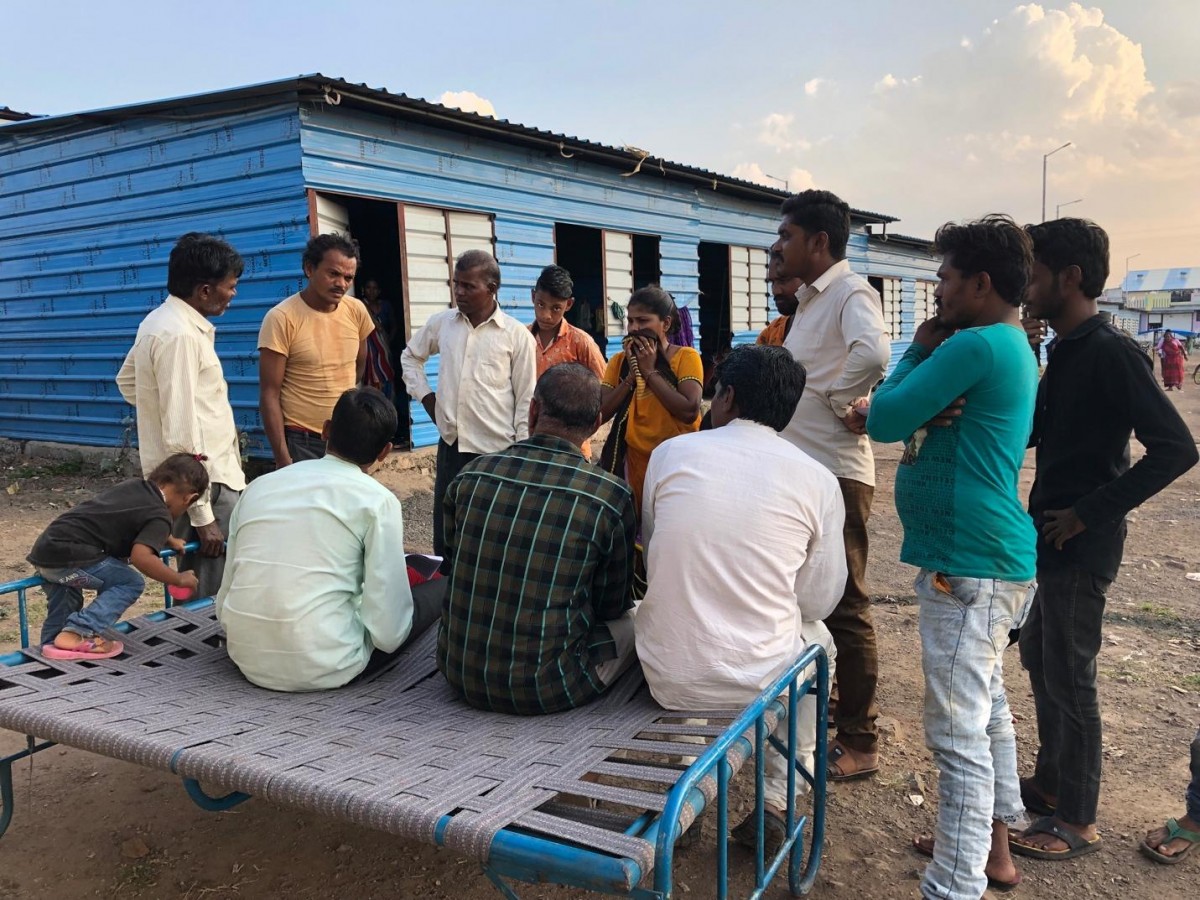 A member of the Narmada Bachao Andolan makes a list of people yet to receive compensation. Photo: Anjali Rao Koppala

The court also directed the state government to complete resettlement and rehabilitation by the same deadline. However, the Madhya Pradesh government couldn’t keep up, and instead setup 17 temporary camps across Barwani, Dhar and Alirajpur districts, each like the one Kanchan Bai lives in.

The state paid for these sheds from a Rs-900-crore special compensation package that Shivraj Singh Chouhan, then the chief minister, and a member of the Bharatiya Janata Party, had instituted. This package was originally meant to provide Rs 5.8 lakh to every displaced family to help build a house. Neither the package’s papers nor the Supreme Court ruling said anything about tin sheds, but that didn’t stop the government from appropriating the money and forcing hundreds of people to depend on the camps as their only shelter.

The displaced people are also eligible to receive 60 × 90 sq. of land each (or a smaller plot for those who were displaced after the rehabilitation provision in the NWDT award, notified in December 1979). So together with the Rs 5.8 lakh, they had hoped to have a roof of their own. Some of them did receive the plot of land but without their money, there is little they can do with it. Even others were awarded plots at distant locations, on uneven land or in places with abject connectivity.

Santosh Shankar is a 35-year-old agricultural labor who neither received the plot nor the money, even though his name features on the list of affected families. Most members of the affected families are labourers like Shankar who work on farms for daily wages.

But the Sardar Sarovar Dam has drowned most of these lands, leaving big farmers cash-strapped and farm workers without work. Shankar is one of the few people in the region with a BPL card that entitles him to 25 kg of grain through the public distribution system. But many others don’t have these cards, and Shankar said that even if one did get the plot or the money, builders would need at least six months to erect a house. That’s a long time to keep searching for food. 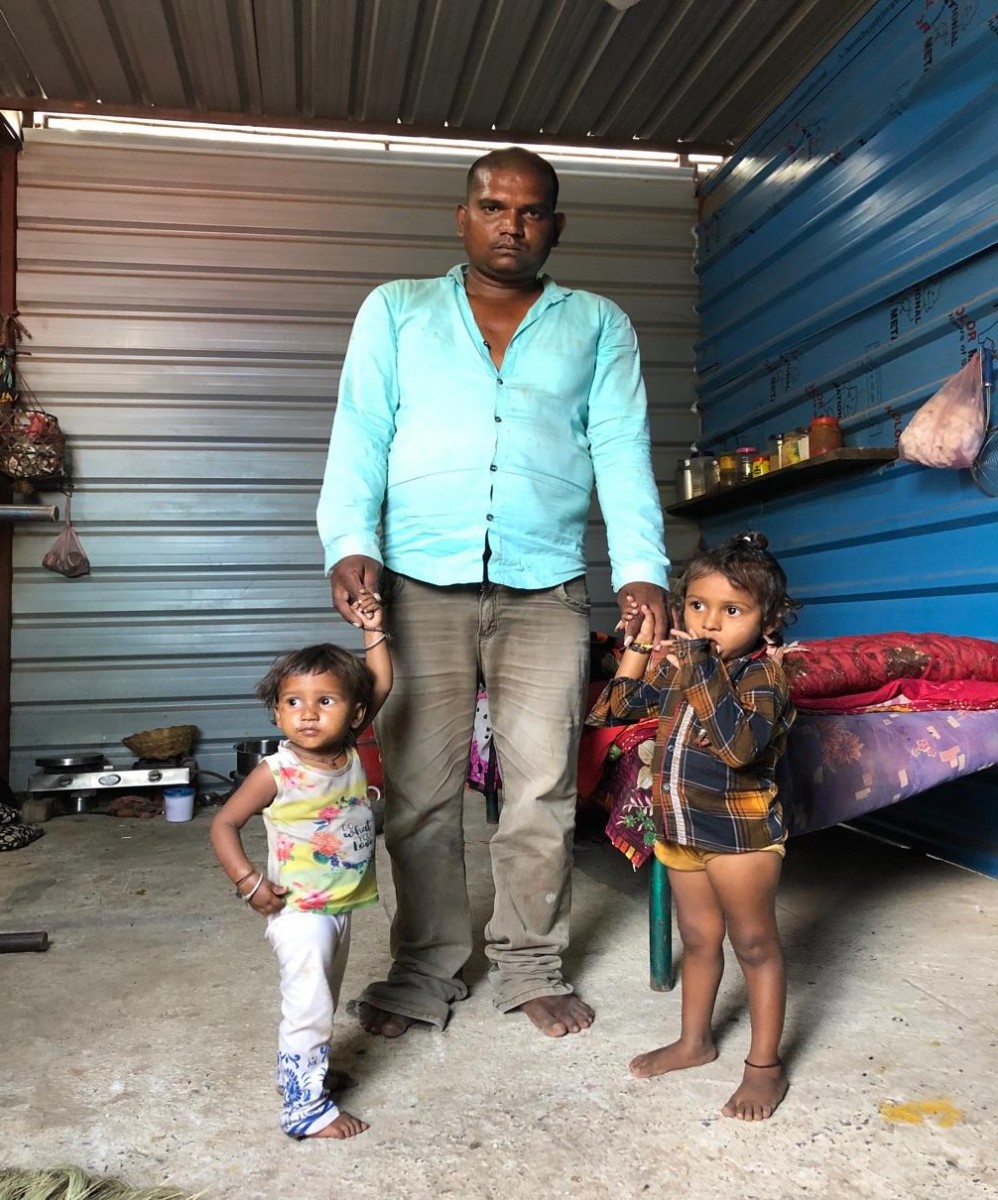 Santosh Shankar with his children at the Nisarpur camp. Photo: Anjali Rao Koppala

Paro, 45, said, “We used to earn an honest living but in these temporary shelters we have been reduced to beggars.”

Obviously the people in the camp are angry, and a palpable tension hangs in the air. “Had the rehabilitation work gotten over six months before submergence, as per the Supreme Court order, or Gujarat had not pushed for filling up the reservoir until this work got over, this situation could have been averted,” Medha Patkar, the activist and social worker leading the Narmada Bachao Andolan, said. “But they still did it illegally, violating not just the tribunal award and the law but also the judgment.”

Kailash, a 38-year-old camp resident, said, “We will protest in front of the collector’s office if they do not resume serving food.” But he quickly remembers that this office is 113 km away, and going all the way there would mean giving up on a day’s work, and wages.

While benefits resulting from the dam accrue predominantly with Gujarat, Madhya Pradesh has the most people affected by the project, and also severely lags behind Gujarat and Maharashtra in resettling and rehabilitating them.

One of the more dire consequences of the state’s failure is that the camps’ residents expect to be homeless in a few days, at least if local authorities don’t act immediately.

Anjali Rao Koppala is currently pursuing a master’s in development at the Azim Premji University, Bengaluru.