Fathima, a telecom technician working in the customer relations section at the Boat Jetty branch in Kochi, was on Tuesday transferred to the telephone exchange at Palarivattom, sources said. 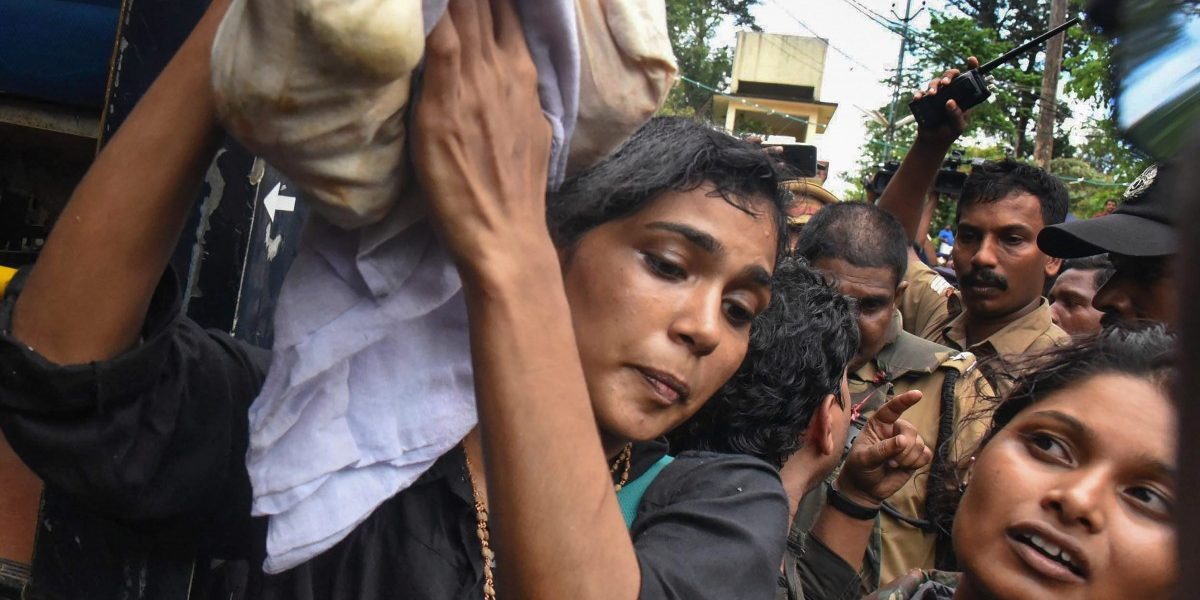 New Delhi: Activist Rehana Fathima, a BSNL employee who had made an attempt to enter the Lord Ayyappa Temple in Sabarimala, has been transferred to the Palarivattom telephone exchange in the city where public contact is not required, sources said.

Fathima, a telecom technician working in the customer relations section at the Boat Jetty branch in Kochi, was on Tuesday transferred to the telephone exchange at Palarivattom. However, the sources said she has not committed dereliction of duty.

The Kerala Muslim Jama’ath Council had expelled Fathima from the Muslim community for “hurting sentiments of lakhs of Hindu devotees”. The activist’s house was allegedly vandalised by unidentified people while she was away trying to climb the holy hills on Friday last. She made a failed attempt to reach the temple with heavy police protection.

The attackers reached Fathima’s house in Panambilly Nagar here while she was climbing the hills.

Fathima, a model and activist who was part of the ‘Kiss of Love’ movement in Kochi in 2014 against alleged moral policing, was among the two women who had reached the hilltop, but had to return before reaching the sanctum sanctorum following massive protests by Ayyappa devotees.

A mother of two, the activist had kicked up a row last year by posing for photos topless with watermelons to protest against a Kozhikode-based college professor’s statement comparing women’s breasts to watermelons.

A case has been registered by police in Pathanamthitta against the activist for hurting religious sentiments.

On September 28, a five-judge Constitution bench of the Supreme Court lifted the centuries-old ban on the entry of women of menstrual age into the shrine.

Also Read: Some Puzzling Aspects of the Sabarimala Controversy

Since the judgment, several groups have protested against the entry of women. Kerala’s opposition parties, including the Congress and the BJP, have been organising protests, demanding that the Kerala government file a review petition. At a BJP-led rally, Malayalam actor Kollam Thulasi had stated that women entering the temple should be “ripped in half”.

Angry and violent protestors heckled, threatened and turned back women devotees and journalists who attempted to enter the hill shrine. The Centre has asked the southern states of Kerala, Tamil Nadu and Karnataka to tighten security in view of the continuing protests against the Supreme Court order allowing entry of women of all age groups to Sabarimala temple.