Studies conducted by Research, Assessment, & Analysis Group and Satark Nagrik Sangathan have found that pendency rates have been rising in information commissions across the country, making applications irrelevant by the time they are actually heard. 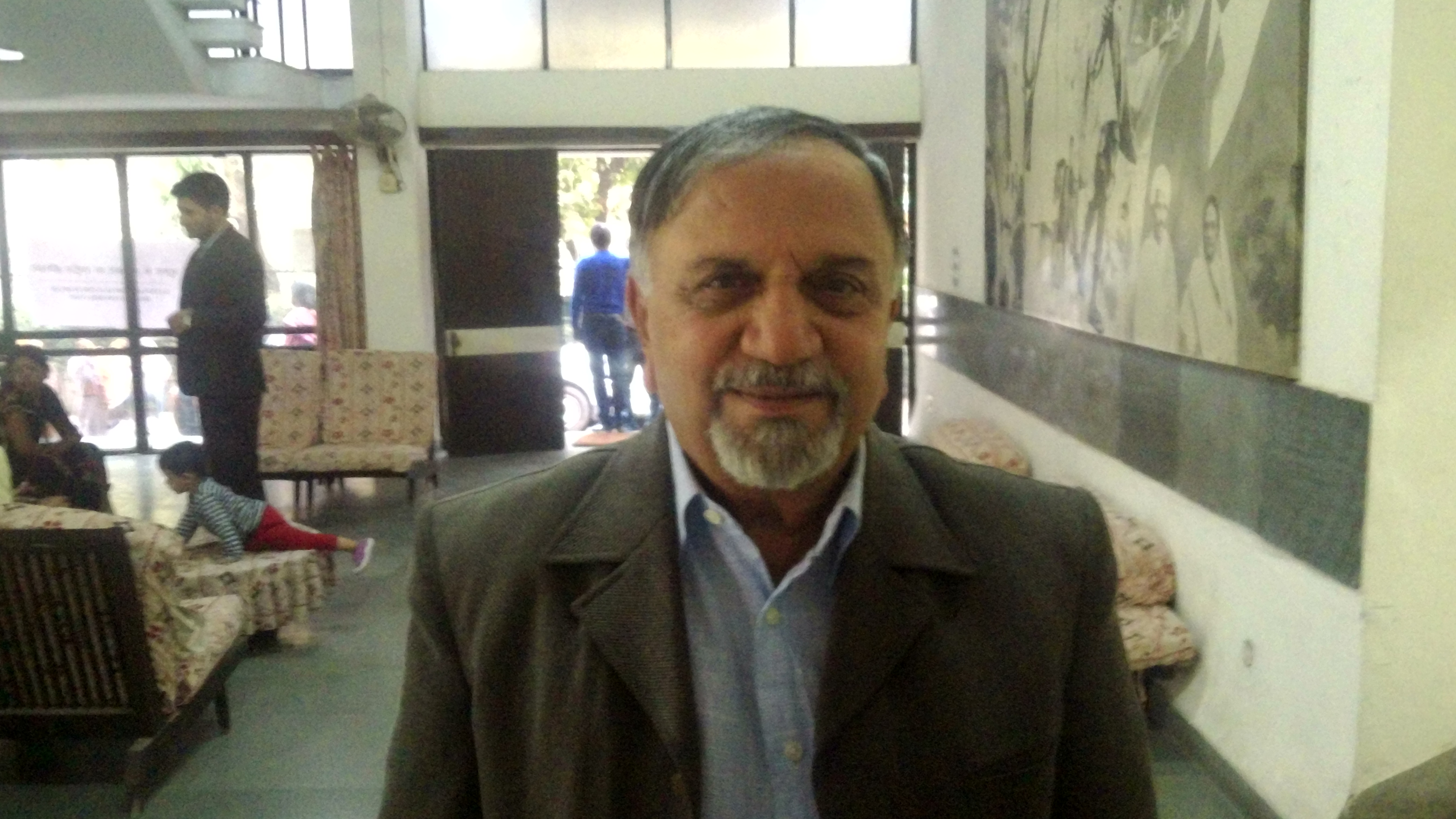 While information commissions (ICs) are mandated to safeguard and facilitate people’s fundamental right to information, two national studies on the implementation of the Right to Information Act, undertaken by Research, Assessment & Analysis Group (RaaG) and Satark Nagrik Sangathan (SNS), have revealed that the functioning of the ICs themselves are posing a “major bottleneck” in the implementation of the Act. Moreover, the commissions are now facing a huge backlog of cases while the petitioners are often left with a very “poor quality of orders”.

In fact, the two organisations have stated that this has resulted in a situation where several orders of the ICs have been challenged in high courts and the Supreme Court and resulted in judgments that have shaped the contours of the RTI legislation.

At a public hearing organised by the National Campaign for Peoples’ Right to Information (NCPRI) at the Gandhi Peace Foundation, the implementation of the RTI Act and the challenges faced by people in using the law were discussed in the presence of well-known RTI users and activists including chief information commissioner, R. K. Mathur, information commissioner, Acharyulu and former commissioners M.M. Ansari, Shailesh Gandhi and A.N. Tiwari.

After listening to the testimonies of the RTI users, made in the presence of NCPRI members Anjali Bhardwaj, Nikhil Dey and Venkatesh Nayak among others, the chief information commissioners acknowledged that long waiting time was a key issue which needed to be addressed.

Mathur said listening to peoples’ testimonies made him realise how much people valued the RTI Act and how it was often the only resort in their struggle to access basic rights and entitlements. He promised that the commission will examine and adopt a mechanism to ensure that matters relating to basic rights and entitlements are expedited for hearing by the Central Information Commission (CIC).

Earlier, RTI users recorded testimonies of their experiences of using the Act in the context of the findings of the RAAG and the SNS study.

Kanso Devi, a resident of Savitri Nagar, spoke about how she filed an RTI application asking for details as to why her old age pension of Rs 1000 per month from the municipal corporation of Delhi was stopped suddenly. When she didn’t receive a reply, she filed an appeal and eventually a second appeal, before the CIC in November 2015. Despite a year having elapsed, the case has still not come up for hearing. Another resident of Delhi, Balraj, narrated the difficulty he faced in accessing information about the status of his daughter, Deepika’s application for the Ladli Scheme. After five years with no word on the status of the application, his wife had filed an RTI application in 2015. Only after the matter reached the CIC in August 2016 did the Delhi government release Rs. 18,500 to Deepika under the scheme, as per the orders of the commission.

Similarly, several other people receiving old age or disabled pension spoke about the problems they suffered when their pensions were stopped without any reason or without any information being provided to them.

Sanno Devi, a person with speech and hearing impairment, who possessed an Antodyaya ration card, which is provided to the poorest of the poor, recalled how her ration was stopped in 2012 and it was the CIC which finally ordered a compensation of Rs 18,000 each to her and seven others whose ration had been stopped similarly. But the Delhi government challenged the order and took the matter to court. It lost there too but still did not release the compensation amount. It was only after the Delhi high court ordered a compliance of the order in December 2015 that Sanno Devi and others received the compensation amount.

All these cases highlighted the importance of the RTI Act in the lives of the poor and the needy.

The study had taken into consideration all the 27 RTI Act related orders of the Supreme Court, nearly 300 orders of the high courts from across the country and about 2,000 orders of the CIC and the state information commissions of Bihar, Assam and Rajasthan for a preparation of the study report.

The studies pointed out that while the Supreme Court had in numerous orders cautioned against the tendency of adjudicators to give cryptic and unreasoned orders, “more than 60% of the orders of the information commissions contained deficiencies in terms of not recording critical facts”.

The study revealed that while in the case of the CIC 63% of the orders did not describe the information sought, things were slightly better at 35 % in Assam, but worse off at 73 % in Rajasthan and 74% in Bihar.

This, the study pointed out, was “problematic” because, for the concerned public authorities and people, there was no way to find out the rationale for these decisions. “Therefore, passing a non-speaking order, which only records the decision of the IC without providing the reasons for its decisions or other relevant details, is a violation of people’s right to information and goes against the fundamental principles of transparency,” it had noted.

Noting that the RTI act was extensively used by the poor and marginalised, the study found that several orders of the ICs were set aside by the courts due to lack of reasoning or because orders were ultra vires of the Act. It also stated that deficient orders prevented effective public scrutiny and accountability of the information commissions and commissioners.

Pending cases on the rise

Anjali Bharadwaj of SNS told The Wire that what was most worrisome was the huge backlog of cases in the information commissions. “In some states like Assam, on average it would now take about 30 years for a new appeal to be heard. Similarly, in West Bengal, a new matter would come up for hearing after 11 years and in Kerala after 7 years. This is unthinkable as most of the appeals pertain to immediate issues related to basic entitlements like subsidised rations, old age pensions, medical facilities and minimum wages. With such huge delays, it would become meaningless for the applicants to take recourse to the RTI Act for getting any information or to get their grievances redressed,”

The study revealed that in 16 information commissions for which data was available, there were 187,974 pending cases as on December 31, 2015. Worse still, this data was showing a rising trend as pendency in the Assam state information commission had gone up by 240% while that in Odisha and Punjab had increased by 60%, in just two years.

And this is not all. The state information commissioner of Madhya Pradesh, which had the longest waiting time of 60 years as per the previous report, did not share its data at all this time.

Observing that often the huge pendency and waiting time are a consequence of commissioners not being appointed to the ICs, the study has suggested that “there needs to emerge, through a broad consensus, an agreement on the number of cases a commissioner should be expected to deal with every month” and these norms should also be made public so the appellants and complainants know what to expect.

Also, the study had demanded that well before a commissioner is due to demit office, the process of appointment of his replacement should be initiated so that the new commissioner joins as soon as the previous one leaves.

The study has also called for a review of the structures and processes of the ICs. With the help of a trained cadre of officers, the burden of work will be shared and the process of first communication from the IC can be restricted to 30 days. Hearings become more efficient that way, as the composite position in terms of the grounds for appeal remains with the responses of the public information officers (PIOs).

Talking to The Wire, former information commissioner Shailesh Gandhi – who is known to have during his tenure cleared nearly 6,000 cases annually – said “At the time of the selection of the information commissioners itself, a deposition should be taken from them stating that they would strive to clear at least 5,000 cases per annum”. He said in most of the cases, templates can be followed for quick disposal.

Gandhi said another prerequisite for quick disposal of cases is adequate staff which should be provided for. Also, he said, payment of compensation for denial of information to the applicants is a quick and sure shot way of reducing litigation. “When I was covering the municipal corporation of Delhi, I ordered a large number of compensations. Ultimately it eased the flow of information and brought the number of applications down,” he recalled. Non-imposition of penalty’s on erring PIOs

Bharadwaj also lamented the fact that the information commissions were not imposing penalties of up to Rs 25,000 on the erring PIOs for violations of the RTI Act. She said this provision is meant to ensure proper conduct from the PIOs so that the cases are not delayed unnecessarily and relevant information is also not withheld.

The study found that ICs imposed a penalty only for an extremely small fraction of the cases in which the penalty was imposable. Across the sample ICs, the study found that the penalty was finally imposed on only 1.3 % of the cases in which it was imposable. “As a huge proportion of the IC orders were non-speaking or unreasoned or otherwise deficient, the appeals and complaints that have been judged to be such that a penalty was imposable are limited to those where there was a clear case of delay, or where the IC held that the PIO had wrongly denied information,” the study said.

It also noted that “the non-imposition of the penalty has many serious implications as it sends a message that violations of the law will not invite any adverse consequences. This destroys the basic framework of incentives and disincentives built into the RTI law and promotes a culture of impunity.”

In absolute terms of penalty, the study revealed that of the 1,469 cases, in which it was imposable, the ICs caused a loss of over Rs 2.13 crore. This, it said, extrapolates to an estimated loss of Rs 290 crores annually due to non-imposition of penalty on erring PIOs by the ICs.

With many of the sites not providing the annual reports or not being updated regularly, the study has demanded that “each information commission must ensure that all relevant information must be displayed on its website” and that, “as legally required, they submit their annual report to the parliament/state assemblies in time.”

The study has criticised the “growing tendency among PIOs and adjudicators to exempt information from disclosure citing sections of the RTI Act that do not allow for such exemptions.” From among the 252 appeals at the CIC, Assam and Bihar, where part or full information was denied, it said, 50% denial was in violation of the RTI Act.