The Bureau of Civil Aviation Security has also blocked full body scanners that would decrease harassment faced by persons with disabilities at airport security checks. 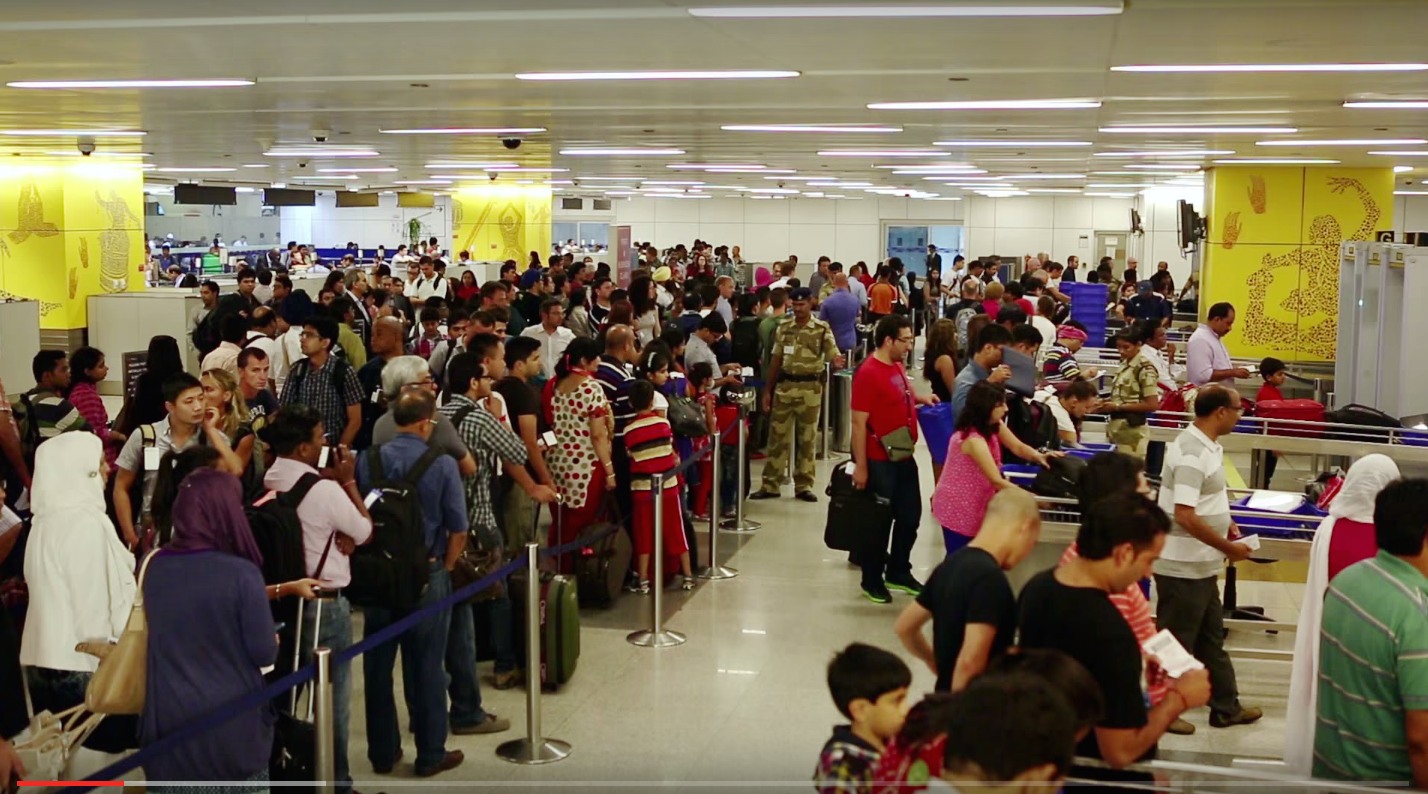 A passenger is frisked by a CISF guard at Delhi airport. Credit: CISF/YouTube

New Delhi: Millions of passengers at airports across India go through pat-down security checks, often leading to delays and harassment, especially for persons with disabilities. An RTI application filed by a disability rights activist has now revealed why this is the case, even though technology exists that makes it unnecessary. Not only does the Bureau of Civil Aviation Security (BCAS) regard passengers with disabilities as a higher security risk but the agency has also been responsible for blocking the introduction of disabled-friendly safe full body scanners since it is still “exploring its feasibility at Indian airports keeping in view the privacy (issues) and health hazards from radiation”.

BCAS, which is the regulatory authority for civil aviation security in India and comes under the ministry of civil aviation, appears to have not taken into account the fact that many nations, including the US, have shifted to the use of new technology at airports for reducing scanning time and inconvenience to the passengers.

The agency’s role has come to light in response to an RTI application filed by Satendra Singh, an associate professor of physiology at the University College of Medical Sciences and GTB Hospital, Delhi. In its response to a set of questions posed by him, BCAS stated that the “security scenario in India is not the same as that of America”. When asked about the perceived radiation hazard and whether they had received “any recommendations from the Atomic Energy Regulatory Board (AERB) on the use of non-ionising millimetre wave technology at airports in India”, BCAS initially cited security concerns for not answering this question.

But when Singh filed a first and second appeal with the Central Information Commission (CIC), stating that the matter needs to be decided in light of the constitutional mandate of the RTI Act, the bureau conceded that the AERB’s recommendations were not available to them.

In his plea before the CIC, Singh, who suffers from loco-motor disability and has faced humiliation at Hyderabad airport before, noted that that harassment of persons with disabilities on the pretext of security under BCAS guidelines was a violation of their fundamental rights under articles 15 and 21 of the constitution. He argued before the CIC that millimetre wave technology was widely used in international airports.

Incidentally, in March 2016, it was reported that the US Trade and Development Agency would be giving a millimetre wave scanner to Indira Gandhi International Airport, which was to be then tested by BCAS for Indian conditions.

Such scanners, commonly referred to as body scanners, are supposed to cut down average frisking time by avoiding pat-down checks. They are also seen as an ideal replacement for present scanners, given increasing passenger traffic.

Millimetre wave machines use radio frequency waves to detect threats. The machine bounces waves off the body. Millimetre wave scanners emit thousands of times less energy than a cellphone. Threats are shown on a generic body outline rather than the person’s actual outline. When there are no weapons or other threats, the screen turns green and shows an “OK”, the document stated.

Along with backscatter x-ray systems, which use very low levels of x-rays (almost equivalent to cosmic radiation received during two minutes of flight) millimetre wave machines are now emerging as key scanning equipment across the globe.

Despite these positive attributes, why India has been slow to introduce this technology has been explained by the BCAS response.

Since Singh had faced harassment in February 2014, he filed complaints with the BCAS, the ministry of civil aviation and the chief commissioner of persons with disability. He then filed an RTI application on October 21, 2014 and followed it up with first and second appeals on November 12 and December 22, 2014.

“I have been fighting a long battle… that of dignified screening of passengers with disabilities at Indian airports,” he said.

On the reason behind his filing the application, he said, “Human dignity is a constitutional value and a constitutional goal. BCAS is humiliating people with disabilities though we are willing to help them by providing suggestions. That is why I am advocating the millimetre wave technology. In the recent landmark judgement in Jeeja Ghosh vs Spice Jet, the Supreme Court had categorically said, “Non disabled people do not understand disabled ones…. What non-disabled people do not understand is that people with disabilities also have some rights, hopes and aspirations as everyone else”.

Singh said that if it had not been for the insistence of information commissioner Bimal Julka, a former director in the Ministry of Civil Aviation, the BCAS would not have parted with any information. “BCAS kept denying information on the pretext of national security,” Singh said.

However, Julka said the “appellant raised pertinent issues regarding safeguarding the rights of disabled persons who are harassed by screeners. The appellant also raised very important and critical issues related to the new and innovative technologies being adopted by various advanced countries for disabled”. Given the gravity of these issues, he directed BCAS to provide the relevant information. Apart from information on the bureau’s approach towards the new technology, the appeal also revealed a “restricted” document in the form of circular No. 23/2005 of BCAS pertaining to “procedure for passenger and carry on baggage screening”.

Section 4.7 of this document dealt with “Procedure for persons with special needs” and “screening of the disabled/ handicapped, sick passengers, etc”.

Singh said he was surprised to learn how the security agencies view persons with disabilities.

Calling such passengers a high security risk, the document said “screeners should be thoroughly briefed that the possibility of carrying weapons/ explosives and other dangerous materials through such passengers is higher than a normal passenger and therefore, these passengers need to be checked with care”. (emphasis added)

It also noted that “the checking of such passengers should be thorough and the supervisor should also satisfy himself that the passenger can be cleared for boarding”.

The rules also state that “there is no scope for leniency in respect of invalid/disabled/sick persons during the pre-embarkation screening / procedures. On the contrary, there is ample reason to be more alert and wary”.

Averring that this “‘restricted’ document clearly highlights malice towards disabled passengers”, Singh said the use of new technology is needed to end such discrimination.

BCAS also communicated through its RTI reply that in January this year it had a meeting with the Central Industrial Security Force, which is in-charge of security at all airports, in order to sensitise the security forces about the issue of security. The response claimed that it had “advised (forced) to be more careful while screening passengers with special needs and medical condition.”

In another reply, BCAS stated that “a training module is incorporated in screener certification handout as ‘Security Procedure for Screening of Passengers with special needs and mental conditions'”. This module, the bureau claimed, had “detailed info and is being taught by all BCAS approved Aviation Security Training Institutes”.

It added that this “module is being taught to the security personnel involved in screening”. During the 12-day course, the bureau said it was planning to include modules of screening procedures for persons with disabilities and would be consulting organisations that represent them.

After much prodding, BCAS also gave out details of the various complaints received from persons with disabilities regarding harassment at airports and their status.