A Year After RTI Activist Was Killed in Gujarat, Assailants Hack His Son to Death

Rajesh Sondarva, who was pursuing the murder case of his father Nanjibhai Sondarva, had refused to withdraw cases filed against the accused. 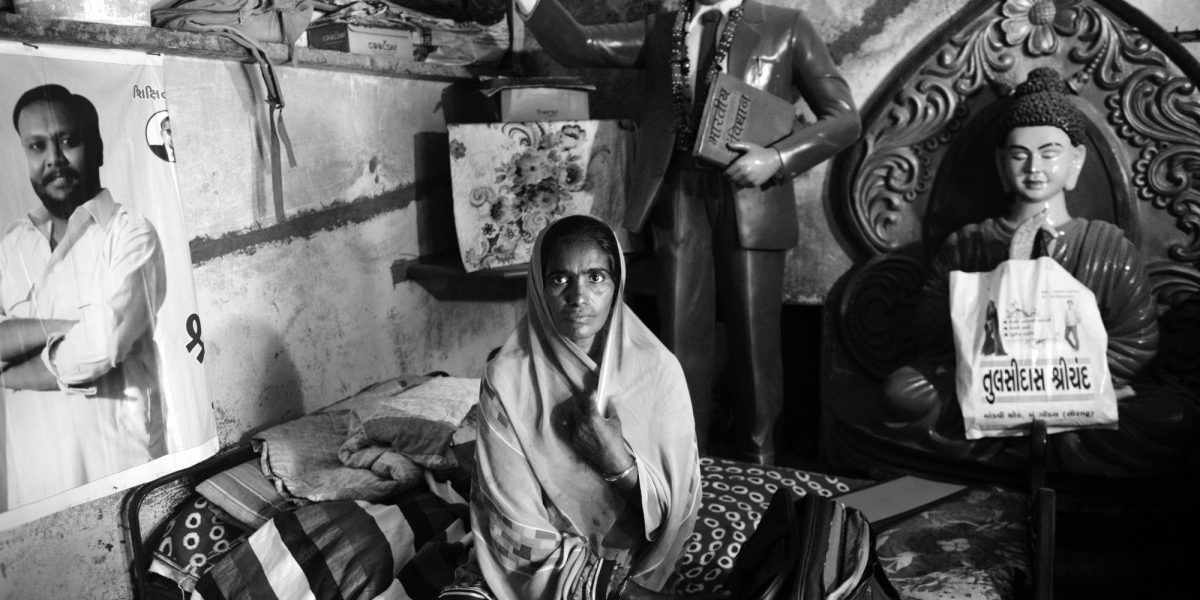 New Delhi: A year ago, Right to Information activist Nanjibhai Sondarva was clubbed and slashed to death by six persons near his village in Rajkot district of Gujarat for demanding transparency and asking for details about funds spent on the construction of a village road. On Wednesday, his 17-year-old son, Rajesh, died following a brutal assault by the same culprits.

The RTI activist’s son was on his way home from a Rajkot hostel.

Social rights activist and ADR Gujarat state coordinator Pankti Jog told The Wire that Rajesh, who was a Class 12 science student, was returning home to his Manekwada village in Kotada Sangani taluka from Rajkot city when he was attacked.

She said Rajesh told a person before he passed out that he had been attacked by the same people who had murdered his father last year and who had been threatening his family to not pursue the case vigorously.

Rajesh and his mother were being threatened by Nanjibhai’s assassins.

Jog said Nanjibhai had filed a case in court about the diversion of funds and the matter was in court for four years when he was murdered on March 9, 2018.

The accused were arrested but they recently came out on bail. “They were pressurising his family to settle the matter out of court. Rajesh, Nanjibhai’s elder son, was now helping in the case as his grandfather, Meghabhai, is very old. Rajesh and his mother were even offered money to compromise the case but they had refused.”

“Yesterday,” Jog said, “Rajesh was returning from his hostel in Rajkot around 6-7 in the evening when he was attacked between Rajkot city and his village. The four accused in Nanjibhai’s murder are also the suspects in this case.”

Family refuse to take body till accused are nabbed

She said Mevani was in touch with the family because he was helping them with the case. She said Rashtriya Adhikar Manch also held a sit-in demonstration in Rajkot over the killing and the family has refused to take the body till the accused are arrested.

She said the case of Nanjibhai was that his five was a panchayat member about five years ago and she complained that she was not allowed to attend the meeting but only made to sign documents.

Nanjibhai had complained about the misappropriation of village funds

Then Nanjibhai realised that money was being siphoned off from water schemes. Then he filed RTIs to get the details of the various schemes and on the basis of the reports filed a case in the court about misappropriation of public funds – especially with schemes related to sanitation and the construction of toilets.

Jog said once Nanjibhai was called to a meeting by the officials and locked up and beaten in the presence of the Block Development Officer. He then called in the police and filed three complaints about receiving threats from the village strongmen.

However, the police did not act. Just before his murder, Jog said, Nanjibhai also made a live Facebook video in which he narrated how corruption had taken place. He also expressed the fear that he may be killed and while he was going from his village to Rajkot to visit Rajesh he was murdered.

Also read: ‘Save RTI, Save Democracy’: Hundreds Protest Attempts to Dilute the Law

Nanjibhai was the 11th RTI activist to be murdered in Gujarat

Following the murder of Nanjibhai, Delhi-based RTI activist Venkatesh Nayak had written how Nanjibhai’s murder was the 11th of an RTI activist for questioning the “Gujarat Model of Development”.

He had stated that Nanjibhai was killed soon after he filed an RTI  application demanding transparency about funds spent on the construction of a road in his village. “This was not the first time Nanjibhai had been attacked. He and other members of his family were allegedly assaulted one and a half years ago, by the village Sarpanch who was said to be furious at Nanjibhai for using RTI to expose financial irregularities in the developmental works undertaken in the village,” Nayak had written.

He hand then also noted that apart from 11 RTI activists who were killed, there were at least 16 cases of assault on other RTI activists in Gujarat reported in various media sources since October, 2005 when the RTI Act was operationalised.

Meanwhile, Dalit leader and Gujarat legislator Jignesh Mevani today tweeted about the murder of Rajesh Sondarva. In a statement, titled “Gujarat: Hell on Earth for Dalits and Adivasis’, he wrote about how Rajesh was “thrashed to death”.

Pointing out how atrocities on Dalits were commonplace in the state, he said, “Rajesh is the latest in a long line of victims of caste atrocities. His father, Nanji Sondarva, was killed last year in a similar mob thrashing after he filed an RTI to clarify financial irregularities in a road built in his village. One of the accused in Nanji’s killing was the sarpanch of Manekwada village in the Rajkot district.”

Though the Scheduled Caste and Scheduled Tribe (Prevention of Atrocities) Act was drafted, he charged that “the Gujarat state government is not interested in taking corrective measures” and in ensuring “justice” to the victims and their families.

“The Vijay Rupani government’s indifferent and negligent attitude has only bolstered casteist elements and such criminals to fearless go about brutally attacking Dalits and Adivasis,” he said in a statement.