"...over 30 policemen, some from the local [Nagpur] police, some from the state Anti-Terrorism Squad and even the intelligence bureau questioned us," one of the filmmakers said 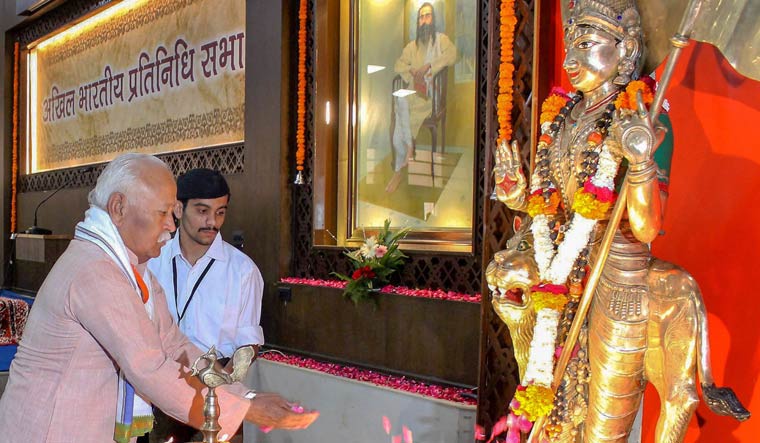 Mumbai: A naive curiosity of wanting to see the Rashtriya Swayamsevak Sangh (RSS) headquarters and take selfies in front of the structure in Nagpur landed two Bengaluru-based filmmakers in illegal police detention and a flurry of interrogation for nearly 24 hours.

The two filmmakers who were invited as jury members at the recently concluded Raipur international short film festival, had been to Nagpur for a few hours last week before heading to their hometown, Bengaluru.

“Since we were in town (Nagpur) and had a few hours to kill, we decided to move around the city. When we saw the RSS headquarters and since this was the first time, we were even seeing it, we decided to halt by and take pictures,” one of the filmmakers explains. The duo was soon after taken apprehended and whisked to the Kotwali police station in Nagpur.

“Here, over 30 policemen, some from the local police, some from the state Anti-Terrorism Squad and even the intelligence bureau questioned us,” he told The Wire soon after his release.

At the Kotwali police station, the station in-charge confirmed that the two were brought in on the evening of March 5 and were released the following day late in the evening, but the officer did not want to reveal more.

The filmmaker says he hadn’t imagined such a repercussion for a casual photoshoot outside a “non-political” organisation. “Who could have imagined such a police reaction,” he asks. After an alleged terror attack attempt in 2006, the RSS headquarters has been categorised as a “highly sensitive area” and filming is restricted here.

Although the two were both illegally detained, they claim their mobiles were accessed by the police, and every contact number scanned through. “They also sought access to our email accounts and social media accounts,” one of them told The Wire.