One Month After Rizwan's Custodial Death, Family's Hope for Justice Is Fading

Enquiry officer says one half of the probe is complete, but the family cites similar cases to say that there is an 80% chance that justice will not be delivered.

Srinagar: On the main entrance of their two-story house, the family of 28-year-old Rizwan Asad Pandith, who was killed in police custody on March 19, has pasted a black poster. In white, bold letters, the message reads: “JUSTICE FOR RIZWAN”.

With each passing day, both the poster and the family’s hope for justice for their beloved son are fading. The family is still in shock and their faces are shrouded in distress. They want an answer from the government. Why the Rizwan was tortured to death in police custody? 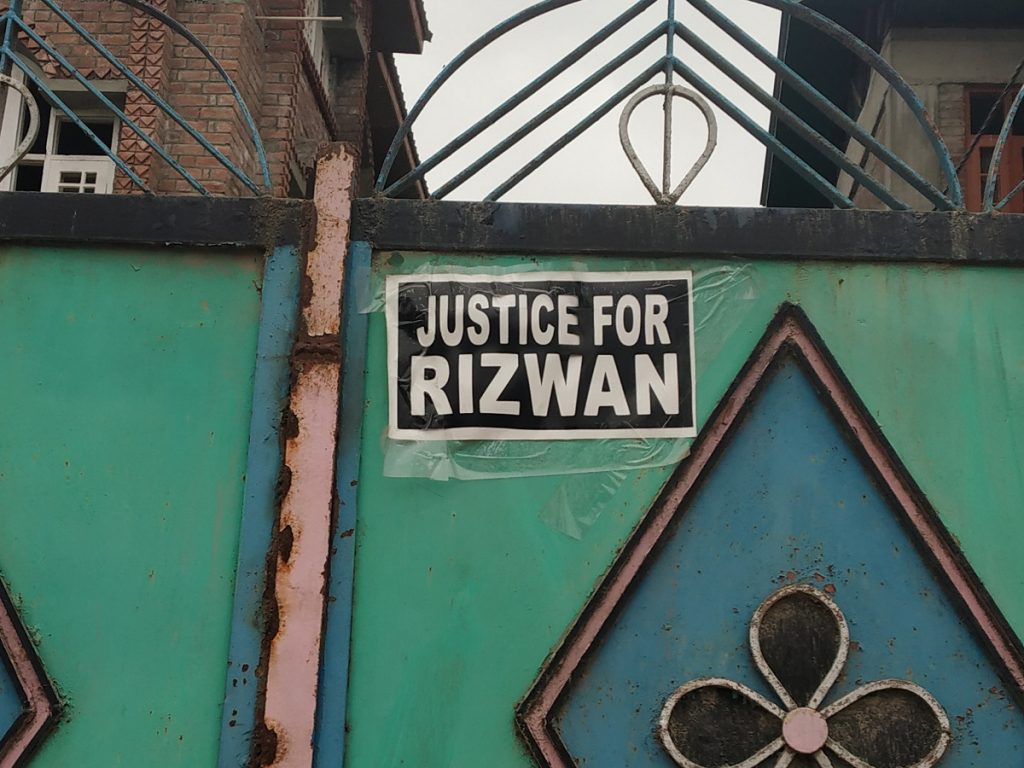 Referring to previous similar cases in Kashmir, Rizwan’s family said their hope for justice is dwindling. “More than 20 days have passed and the enquiry officials are yet to make a breakthrough in the case. As Rizwan was a Kashmiri, there is an 80% chance that justice will not be delivered,” Zulkarnain Asad, f Rizwan’s younger brother told The Wire.

Wearing a skullcap, Mohammad Asadullah Pandith, Rizwan’s father, said, “Had they (government) delivered justice in previous pending cases, my son would have been alive today. By not giving justice to victim’s families, the government is encouraging the security forces to continue such crimes.”

Watch: Manifesto Tales: Can Either Congress, BJP Deliver in Kashmir?

Assistant commissioner (revenue), Qazi Masood, who is leading the enquiry team, said that the investigation is underway. “We have completed the first half of enquiry,” Masood said. “We are going to take the statement of concerned police personnel. We will also take the statement of those police officials who accompanied Rizwan from Srinagar to Khrew, Pampore and from Awantipora to Srinagar. We have also convoked the team of doctors who did the post-mortem of Rizwan.”

Masood said the police were cooperating with the investigation. “They responded to our letters. At the end, we will officially write a final letter to the police. We will summon the police personnel and question them before submitting the final report,” he said.

When asked if Rizwan’s family is satisfied with the enquiry, Masood replied, “Alhamdullilah (Praise be to God)! The family is satisfied. The family has met the divisional commissioner and inspector general of police. We issued a public notice initially, where we mentioned if anyone has any information about Rizwan’s case he/she could contact us.” 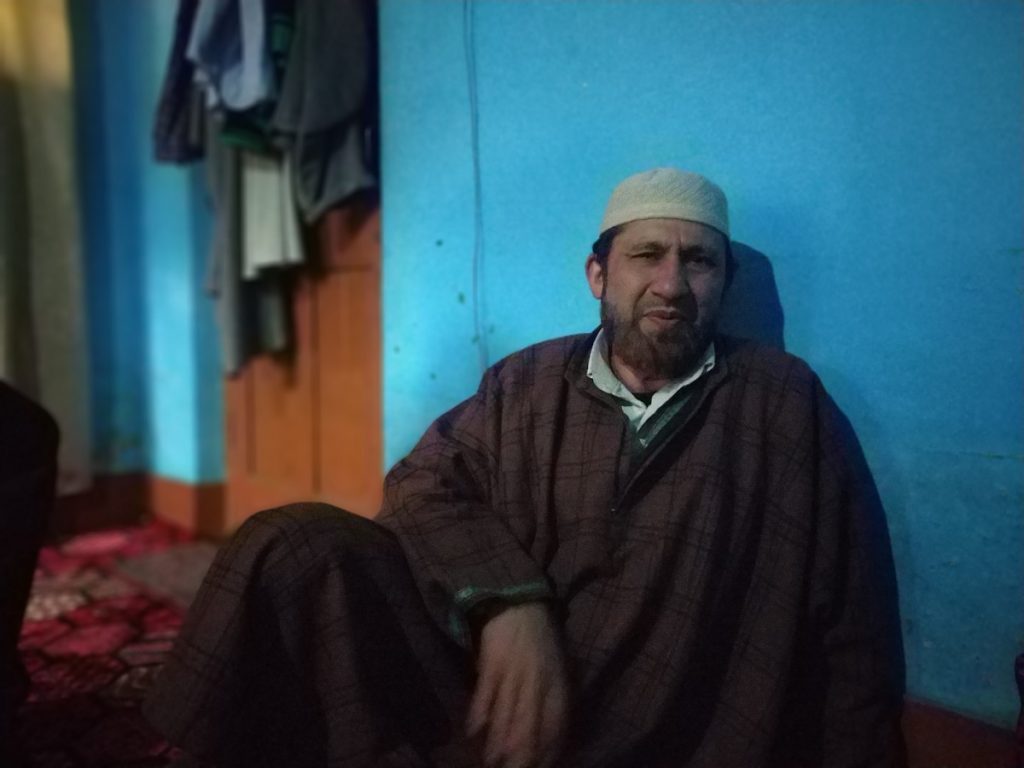 What happened so far?

Rizwan, a resident of Awantipora in South Kashmir’s Pulwama district, was picked up by police “in connection with a terror-related case” from his residence during the night of March 17. He was later shifted to Cargo detention centre, Srinagar.

On the morning of March 19, the valley was shaken when news about Rizwan’s death in police custody spread. Hundreds of men and women of all age groups assembled at his residence.

Without mentioning the cause of the death, the police, in an initial statement, said, “Rizwan, who was arrested in a terror-related case, died in police custody and a magisterial inquiry has been ordered under section 176 of the Code of Criminal Procedure.” The deputy commissioner of Srinagar, Shahid Iqbal, ordered a probe into the incident by the additional district magistrate of Srinagar.

On March 21, the government shifted the probe to Pulwama and the case was handed over to Qazi Masood. 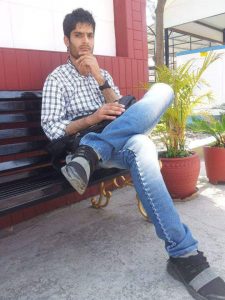 The preliminary post-mortem report discovered that “excessive bleeding caused by deep wounds on Rizwan’s body” could have resulted in death.

“It was horrific. We even don’t want to remind it again and again,” said Zulkarnain, referring to the torture allegedly meted out to Rizwan. “His whole body was bruised. His body parts were burnt and his left eye had completely blackened. His left leg had excessive swelling.”

“Don’t even our dead deserve a respect?” asked Asadullah, Rizwan’s father. “When they picked up my son, he was wearing clothes. When we received his bruised dead body, it was completely naked, wrapped in a piece of blanket. Even the blanket was soaked in blood.”

Two days after his death, police lodged an FIR against Rizwan, accusing him of attempting to escape from custody while travelling to South Kashmir for searches.

Rizwan’s death fuelled protests. Hundreds of people from Awantipora and adjoining villages took to the streets and pelted stones on security forces. Eyewitnesses said the protests could have escalated if Asadullah didn’t intervene and asked people not to protest.

“It would have hurt me if any student or youth of our locality received a pellet or any other injury. I asked them not to take protest,” said Asadullah. “I want to take the legal approach, but it seems difficult to get justice in Kashmir.”

Born and raised in Awantipora, Rizwan according to his family and colleagues, was a skilled academic, social activist and generous philanthropist. After graduating from Sri Pratap College in Srinagar, he went to Dehradun, where he completed his Masters in Chemistry in 2014. Back home, Rizwan did a bachelor’s degree in education at Gurunanak College in Awantipora. Before getting married, his family says, Rizwan was planning to do a PhD.

In 2016, Rizwan became a teacher at the Sabir Abdullah Public School (SAPS). Besides, he started his own private tuition centre, Elite Group of Tutorials, in his locality.

Rizwan was the second of Asadullah’s three sons. His 28th birthday was just a day before his death.

Rizwan actively took part in social activities. He was concerned about the drug menace spreading among the youth of Kashmir. “Rizwan once destroyed a cannabis plants in our locality. He was appreciated by everyone,” said Asadullah.

Zulkarnain, Rizwan’s brother, says that since the custodial death, scores of students have visited their home to tell the family that Rizwan was helping them financially. “They cried and said Rizwan was their backbone. His death has broken hundreds of hearts,” he said. At the school where Rizwan taught, students have still not processed the loss of their principal and remain in disbelief. Their gloomy faces show their pain. A day after Rizwan’s death, hundreds of his students wanted to protest, but Asadullah again dissuaded them.

Rizwan’s chair is still empty. The school administration hasn’t replaced his position yet.

“Rizwan was a great principal. He had the capability to handle multiple jobs simultaneously,” said Showkat Ali Mir, the school’s head. “He was eager to help society, especially needy people.”

Also Read: Why Article 35A Matters

School staff say Rizwan’s death has had the worst impact on his students. They said he was of liberal mind and was never strict towards students.

“Nobody can replace Rizwan. He was a loving teacher and won the heart of every student. He treated every student like his own brother and sister,” said a colleague, wishing not to be named. “He was a special human being. We still can’t believe he is dead.”

“I still remember,” a colleague said, “I hadn’t once filled my register properly. I thought Rizwan sir would scold me. But he instead exhorted me and patted my back. I was touched.”

“He was helping poor students financially. His only concern was that every student should get equal and proper education.”

Another colleague said, “After these students witnessed the custodial death of their beloved teacher, will it not feed hatred among them? You can imagine how our children grow up in Kashmir.” 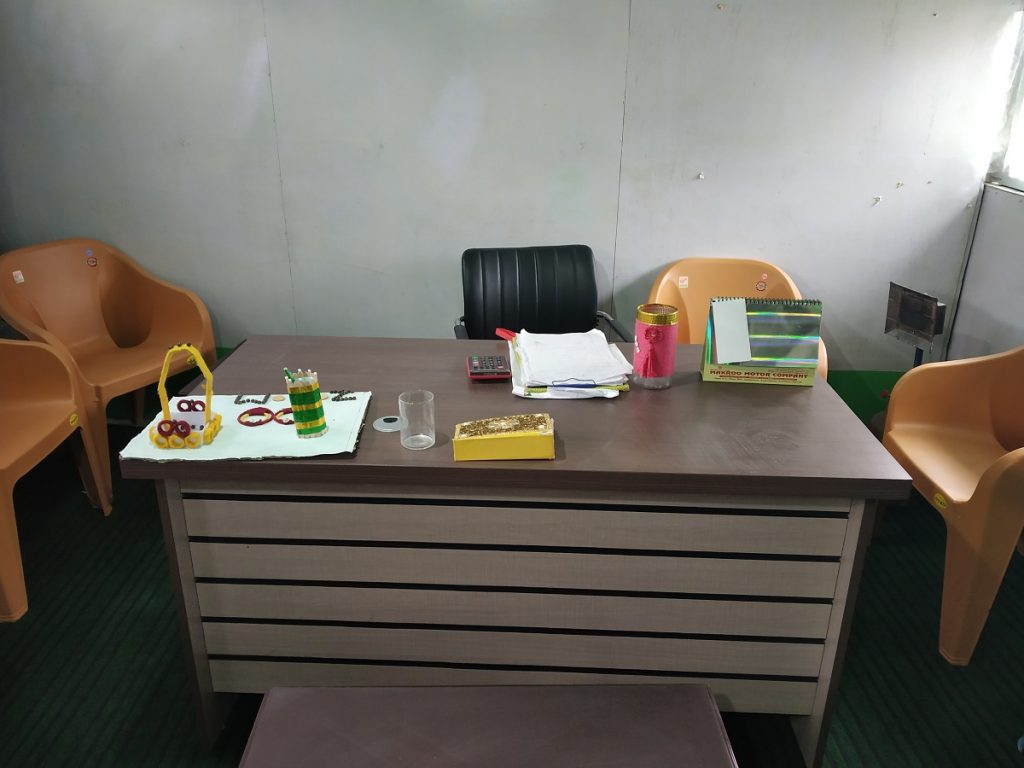 In 2018, alongside teaching at school, Rizwan worked as a guest faculty in the Polytechnic College at Islamic University of Science and Technology.

Through a press statement released on March 22, the university’s faculty association condemned the custodial killing of Rizwan, terming it “outrageous and a tremendous loss to education”. They demanded immediate justice.

He was not just a competent academician, but a thorough gentleman as well. His untimely death is a huge loss to education in South Kashmir where he was heading a school and a coaching centre as well. The association has demanded that the perpetrators of such crimes be brought to justice at an earliest as there is no place for such horrific crimes in civilized and responsible societies.

In August last year, Rizwan was detained by police. On September 7, 2018, he was booked under Public Safety Act and shifted to Kot Bhalwal Jail, Jammu. In the PSA chargesheet, Rizwan was accused of being an underground worker of the Hizbul Mujahideen. His family denied the charges. When Rizwan was released on January 7, 2019, he rejoined school and started his normal life again.