A Republic of Protest

The culture of the farmers' protest is an extraordinary tableau that tells us what republican values look like. 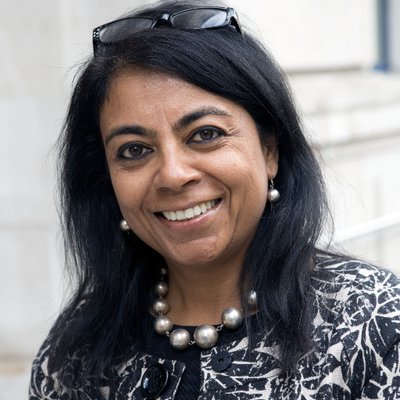 In the days leading up to India’s Republic Day, we may want to pause consider the word ‘republic’. How is a republic distinct from a democracy? Why did India choose both to describe its identity? Is being a republic just the absence of monarchy (as in Europe) or does it indicate more? Much ink is spent on measuring democracy indicators in nations, but precious little attention is paid to a country’s credentials as a ‘republic’. How can those be measured?

The word ‘republic’ is gantantra in Hindi, and gan indicates ‘the people’. In a republic, the constitution makes people sovereign. In India, a fitting display of such popular sovereignty can be observed on the capital’s borders, where hundreds and thousands of farmers and agricultural workers, men and women representing 400 organisations, are staging an extraordinary protest against three new laws on agriculture that they want the government to repeal.

On Constitution Day last November, the protestors had headed to the capital to register their protest but the government tried to stop them in their tracks with water cannons, tear gas, metal barricades and even by digging up the roads. Overcoming them all, the farmers continued to march, finally setting up camp just outside the borders. A disinformation campaign was launched to discredit them, labelling them separatists, terrorists and anti-national. Their riposte was not fury but protest enacted with such civility, good humour and discipline that those identifiers sounded hollow. Arguments for and against their opposition to the laws have been made by experts in the eight weeks since their protests started, but here we may wish to pay attention to the culture of the protest itself – an extraordinary tableau that tells us what republican values look like.

Spread across a vast territory, protestors have been camped at Delhi’s northern, western and southern borders where dwellings have been constructed using tarpaulin, canvas and thousands of ‘trolleys’ (otherwise used to transport produce from farms to markets) and house farmers and their families. The protest sites have an air of vibrant efficiency – thousands of tents are managed by teams who clean, collect rubbish, arrange food, check security, provide fresh supplies, water, electricity as well as blankets. Farmers come and go, working a rota on their fields back at home and bringing back supplies when they return, while some camp permanently, refusing to leave until they win.

Meetings are held to discuss developments after each round of talks with the government and to plan the next manoeuvre. A central stage has been erected where high-profile visitors are invited to address the protestors, and organisers are alerted to their arrival through a system of walkie-talkies that connect them to colleagues managing entry to the sites. Members of pro-government media who had enthusiastically amplified the government’s defamation of protestors are kept out.

What we are witnessing is a specific kind of ‘movement culture’ whose mood is of quiet determination rather than anger. “We have not come to fight. One fights with enemies, not with one’s own government. First and foremost, we want to display that farmers have dignity and they have rights. And we have come to claim those rights,” one elderly man noted.

There is an undeniable influence of Sikhism on the grammar of the protests. A truly modern religion of India, it challenged the hierarchies of Hinduism and Islam, and its gurus had to face oppressive regimes to establish their new iconoclastic religion. In the present, Sikhism is remarkably welcoming of all and requires everyone’s kirat (action) and seva (service) – performed without any expectation of return. Every new person who joins the protests is encouraged to find something, however modest, to do. The newspaper Trolley Times, established specially for the protests, in its issue celebrating ‘solidarity’, narrates the example of a shy young woman who was encouraged to write the word ‘Inquilab (Revolution)’ on posts and pillars around where she was camped. She took to this finite task with zeal, inspiring others to do the same.

And there are of course the famous langars or community kitchens that serve anyone and everyone. Sikh children are habitually socialised into the preparation of food at gurdwaras and this training is evident at the protest site as hundreds of men and women rise early to participate in chopping, kneading, washing, rolling, stirring and serving food to thousands through the day. Adopting this ethic, a group of Muslim men from one of the poorest regions of north India, Mewat, have taken to running a round-the-clock chai langar serving hot milky tea in the bitter cold of a north Indian winter, and have won everyone’s hearts. The secret ingredient in their tea is the coveted cow’s milk (rather than the more common buffalo milk) which they source from their own cherished herds. Every household from their villages sends 2-5 litres of milk a day to keep them in regular supply. A girl helps farmers to prepare food for fellow farmers during their ongoing protest against the new farm laws, at Singhu Border in New Delhi, Saturday, January 16, 2021. Photo: PTI/Arun Sharma

Sustaining a protest of thousands in the bitter cold and in the face of constant smearing by the government is a challenge. Morale is maintained by visiting musicians, makeshift schools for students run by volunteers, some with PhDs, letters of solidarity sent by Indians abroad, and the wonderfully inventive book langars. Gyms, hairdressers and even shoe shining stalls have sprung up – all run by volunteers who turn up regularly, looking to find new ways to pamper and care, and do kirat and seva. Their activities serve not simply the farmers but everyone, including itinerant tradesmen, and residents of nearby slums. Christmas, the New Year, Lohri and Makar Sankranti have all been celebrated by everyone together. Republic Day on January 26 will be a high point.

Perhaps such a sustained display of solidarity and resolve over nearly two months has also been possible because the protagonists are farmers. In a poem published in Trolley Times entitled ‘Hamara Sabr’, the poet observes that the earth knows a farmer’s patience, for farmers wait to eat bread made from wheat they have sowed. Cultivation requires planting and vigilance, virtues that this protest needs. And there is courage. When January brought rain, slush and freezing temperatures, they laughed it off, noting that January rain was like ghee for the crops, a precious input. It also meant that their crops would get watered, freeing up time and energy for the protests.

What we witness today, therefore, on the borders of the capital of the Republic of India is a protest like none other. There is no single leader whom the farmers follow and there is only a committee that represents them.  It is a project of world-making that shares a common purpose and a civility that generates solidarity. To visit it is a pilgrimage. A daily-wage worker who earns Rs 300 a day gave up his earnings to cycle for days from his village to visit the site. “I will find Guru Nanak among all those people when I get there,” he told a journalist.

The government has accused the farmers of bringing shame to the nation by bringing their protests to a planned crescendo on Republic Day. If anything, this may be a most fitting celebration of India’s republic.

Mukulika Banerjee’s book Cultivating Democracy will be published in 2021.