The protesters have been at Shaheen Bagh for over a month now, and are asking why the prime minister hasn't paid them a visit. 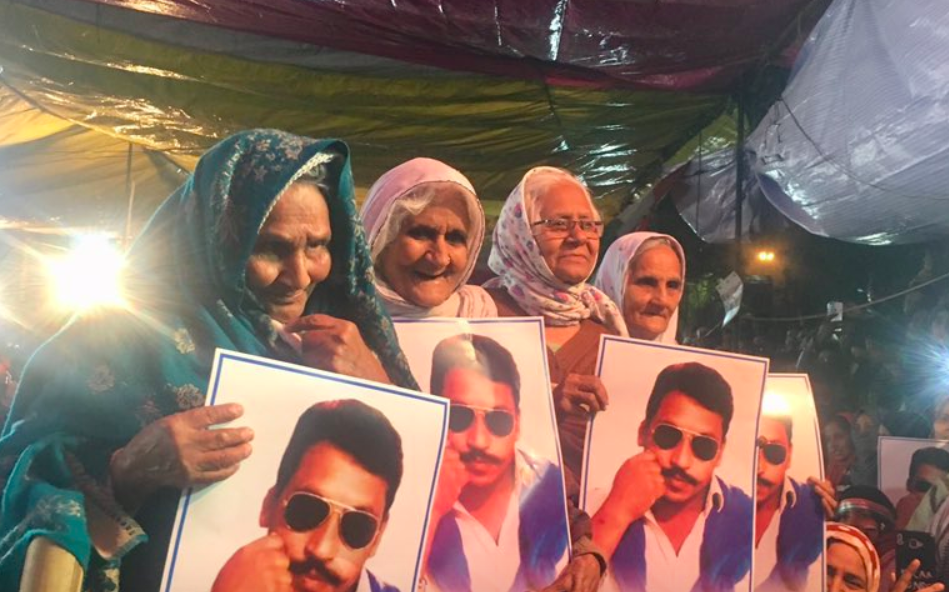 New Delhi: Three elderly women who have come to be known as the ‘dadis of Shaheen Bagh’ for leading the agitation against the Citizenship (Amendment) Act 2019 there, and the mother of Rohith Vemula, a former student of the University of Hyderabad who killed himself in January 2016, hoisted the tricolour at the protest venue on Sunday to mark the country’s 71st Republic Day.

Radhika Vemula, Rohith’s mother, joined the elderly ladies and former Jawaharlal Nehru University student Umar Khalid unfurled the national flag and sang the national anthem along with thousands of people, including women and children, who had gathered at Shaheen Bagh to mark the occasion. Jignesh Mevani, MLA of the Vadgam assembly constituency in Gujarat, was also present.

The protesters, who are opposing the contentious CAA and a proposed pan-India National Register of Citizens (NRC), have been sitting on protest at Shaheen Bagh for over a month now.

The protesters said they will continue their agitation until the government decides to roll CAA and the NRC back. Many held the national flag and sang patriotic songs to celebrate a spirit of oneness, equality and secularism. They chanted the “CAA se azaadi, NRC se azaadi, BJP se azaadi” – “freedom from CAA, freedom from NRC and freedom from BJP” – even as they raised other slogans against the CAA and the NRC.

“We do not want a prime minister who cannot listen to our grievance and address our concerns,” 75-year-old Sarwari, one of the grandmothers, said. “Why have the prime minister or any of his representatives addressed us yet? Why didn’t he visit us and explain the CAA and NRC?”

Bilkis, who is 82, said, “This is our nation and our forefathers have contributed in the freedom struggle of this country. Today, if we fail to protect the Constitution and the secular fabric of this country, we will fail to save the future of our nation.”

Recalling violence at the Jamia Millia Islamia and the Jawaharlal Nehru University, she asked if this was how the government was promoting the ‘beti bachao, beti padhao‘ idea: “Are our students even safe on their campuses? Was it right to barge inside the campus and assault students in this manner?”

The third grandmother, who was also present, is 90-year-old Asma Khatoon.

“We will not allow this divide and rule policy to be implemented here. We have been living here in harmony for ages,” Shaheen, another protester and a resident of Jamia Nagar, said. “Today, they are trying to divide us on the basis of religion and will follow it up with caste discrimination. We cannot let this happen. And why is the government not visiting us if they are so confident about their stand on CAA and NRC?”

Shahzia, another protestor who joined the agitation 15 days ago, said she will continue to protest until there is an assurance from the government on the newly amended Act. “If we do not fight for our rights today, the future generation will question us tomorrow. This fight is not religion centric. It is a common fight to save our nation from the divide-rule policy of the government,” she said.