A Republic Day Like No Other: Not the State but ‘We the People’ Will Take Centrestage

The farmers' movement, of the people, by the people, and for the people, may also have a few lessons in political wisdom for floundering opposition parties. 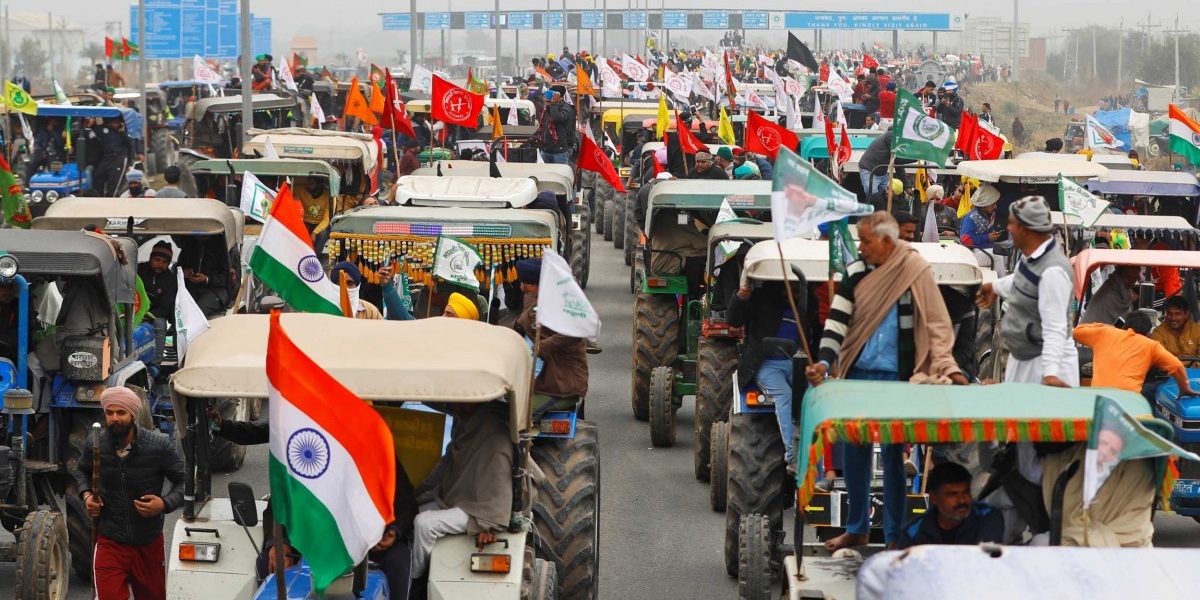 On January 26, India may be witness to a switch of unprecedented significance.

The Delhi Police has assented to the farmers’ programme of entering the capital of the Republic in a massive tractor march to celebrate the day when the constitution of India was formally adopted.

This will be the culmination of a protest that began from the adjoining states and consolidated in an unprecedented apogee of fortitude, discipline, organisation, and democratic innovation on the borders of Delhi, undeterred by the cold, the obstacles mounted by the state, and by the deaths of over a hundred participants in the mass movement.

Drawing its quite incredible strength from an incisive and full awareness of the issues involved, and by its resolute adherence to peaceful mobilisation, the movement has held on rocklike, and drawn ever-increasing allegiance from a truly mind-boggling spectrum of civil societies near and far.

The fact that, as reports suggest, the Delhi Police has agreed to allow the intended tractor march is therefore not an act of noblesse but the state’s acknowledgement of the reach, content, and power of the democratic struggle first launched by farmers and now joined in by citizens and social groups of great spread.

Notes from Gramsci and Bhagat Singh

Long years ago, writing in his Prison Notebooks, the Italian social thinker and revolutionary, Antonio Gramsci, had theorised how a democratic state remains democratic only when it is able to draw voluntary consent to its policies through reasoned persuasion; he called this ‘hegemony.’ And, how, when it fails to do so, it takes recourse to governing through an apparatus of coercions, including the engineering of violence calculated to discredit opposition to its clout.

India seems on the cusp of witnessing an extremely instructive switch.

Where the state has been slowly but surely losing its hegemonic hold on the minds of citizens, as policy after policy has come to be seen as mere trumpeted agendas of swindle, it is the farmers who can be seen to have succeeded in mounting a successful counter-hegemony that draws consent from ever-increasing swathes of the citizenry. Not to speak of the farming community across the country who constitute some 60% of the nation’s population.

What India is witnessing seems like an objectification of the sort of mass democratic mobilisation that  Bhagat Singh wrote of prior to his unparalleled sacrifice.

On January 26, when routinely it is the state’s pomp that is usually centrestage in the capital city, for the first time it may transpire that not the state but ‘we the people’ will truly occupy the nation’s attention, notwithstanding whatever strategies may be adopted by complicit media outlets to downplay the occurrence.

Having failed in either dividing, maligning, or intimidating the movement, ‘we the people’ will have shown what democratic feats are possible if the hoi polloi comes to be unshakably well-informed, organised, and united in defence of justice.

Where the armed insurrection on Capitol Hill in America taught us why unjust causes, however laced with muscle, more often than not only strengthen the state, the historic peaceful, democratic struggle of farmers and then most all segments of the citizenry in India shows how only just causes inspired by a  Gandhian self-belief and non-sectarian mobilisation are both germane to democracy and have the most  wherewithal of successes.

We do not know how and where the current contention between the farming community and the state will end, but  India’s farmers have blazed a trail that may be here to stay. This movement, of the people, by the people, and for the people, may also have brought forth lessons in political wisdom and democratic praxis to organised political formations who have for several years now mostly floundered in building a similar counter-hegemony against a coercive state run by an autocratic government.

Also Read: A Republic of Protest

There is evidence that sections of the ruling Bharatiya Janata Party, in Punjab especially, are restive and anxious to see the prime minister intervene personally to resolve the impasse. Sadly, the high command of the party seems still embroiled in rubbishing the movement, spinning conspiracy theories, and in seeking to win elections here, there and elsewhere through fair means or foul. The recent disclosure of a WhatsApp chat between a crony journalist and an official reveals how foul.

And most opposition parties still have to get their act together and learn to take a leaf from the example set by the farmer’s movement.

Yet, out of the depths of despair, the ploughshare and the tractor have marked a path which alone may restore the democratic genius and grit of the nation.

History will record the indispensability of women and men working together in just struggles that affect all lives. Indeed, that record may suggest that women’s contribution and leadership of the farmer’s movement has not only been unprecedented but marked an example for the world to follow.