'Can't We Curse Ourselves?': The Death of Irony in India

The attack on Rana Ayyub for her tweet on our moral corruption shows that it is extremely hazardous to use satire or irony in present-day India. 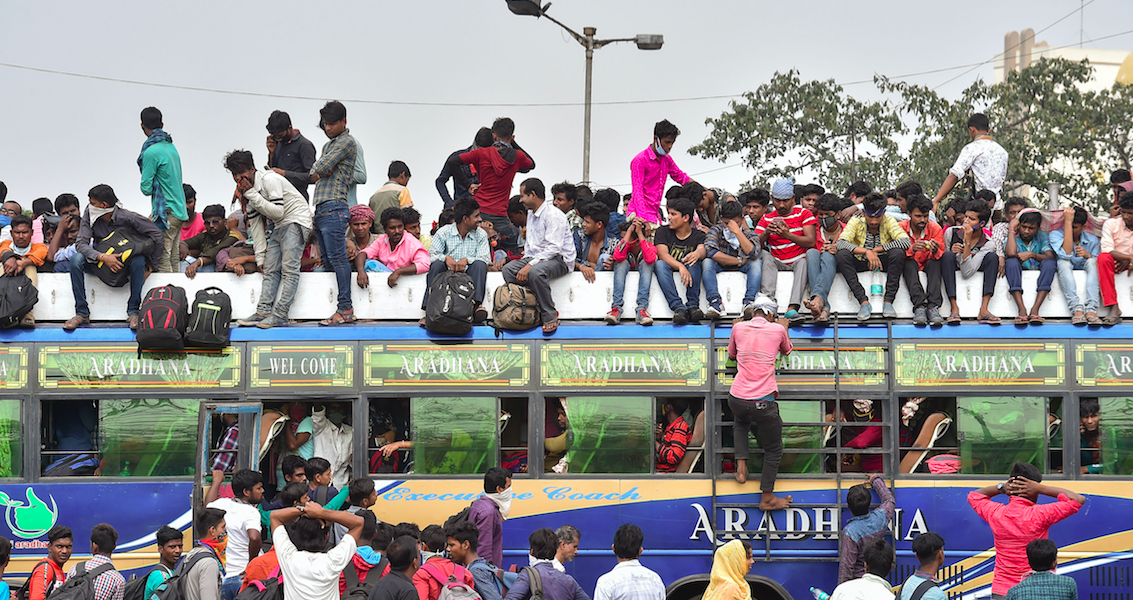 Passengers on an overcrowded bus before Kolkata goes into lockdown. Photo: PTI

Irony is dead. At least in India.

How else would one explain the torrent of attacks last week on Rana Ayyub after her tweet, “What is left for a virus to kill in a morally corrupt nation.”

People immediately took offence, among them very fine minds – people who work tirelessly to keep the soul of the country awake. They are in their own way wordsmiths. They work with words, live in the world of words.

They called her tweet “opportunist” and found her to be a “disgusting person”. Her tweet was called “tone deaf” and “insensitive.” One very senior journalist even called her tweet perverted and asked if her secular vision lacked humanity.

“Sick gloating,” “mirror image of the rabid hateful folks on the bigoted far right” and “hate peddler”. This is how she was described. These were not words, these were stones hurled at her in the cyber space.

In the gentlest of rebukes to her, she was reminded that much can be bad in India but India is not merely Modi and company, it is also us! We love this nation and it is our duty to make it better.

“A three-year-old child was tested positive. Is Rana also calling her morally dead! Can she be so cruel?” a senior journalist asked in horror.

Also read: The Virus of Our Discontents

One commentator who came to Ayyub’s defence posted a screenshot of a programme aired by a TV channel, which is the most popular in the “Hindi nation’’ and which prophesied, “Ab Corona Ki Maut Marega Pakistan!”

“Now Pakistan will die of corona.” 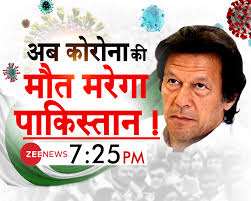 He asked, does this not prove the point Rana was making? Are we not all morally sick (if not an already dead nation) if our TV channels can use this pandemic to wish death for a neighbour?

As the debate raged, the question I found myself asking was how and why we could miss the irony in Ayyub’s tweet. Was it not more of a moan, a silent wail, a cry from an agonised heart or if you can take it, a curse from a ravaged soul?

Are not we allowed to curse ourselves?

Have we not forgotten Benedict Anderson, the theorist of the modern nation, who told us that one who cannot be ashamed of one’s nation is also not a nationalist?

Ayyub is not the first to be flogged for using a figure of speech. Remember Nidhi Chaudhary, an IAS officer, then posted as joint commissioner, Brihanmumbai Municipal Corporation (BMC)?

“What an exceptional celebration of the 150th birth anniversary year is going on. High time, we remove his face from our currency, his statues from across the world, rename institutions/roads named after him. That would be real tribute from all of us ThankU #Godse from 30.01.1948.”

A photo of Mahatma Gandhi’s dead body was also posted along with the text.

Leaders of secular parties demanded punishment for her.

She had to delete her tweet and apologise, and was forced to issue clarifications citing her previous posts to prove that she was a follower of Gandhi and not Godse.

“I have deleted my tweet of 17.5.2019 w.r.t. Gandhi ji because some people misunderstood it. If only they had followed my timeline since 2011 they would’ve understood that I would never even dream of insulting Gandhi ji. I bow before him with deepest regard and will do till last breath.’

She went on to post several tweets about Mahatma Gandhi and the places she has visited to remember him. On Facebook she wrote that she has been following Gandhi since childhood and the “tweet was written with a lot of pain.”

While talking about Gandhi, it is worth remembering how even Tagore and Premchand took him literally and criticised his statement after the earthquake in 1934 – that it was God’s punishment for the sin of the practice of untouchability.

The attack on Rana Ayyub shows that it is extremely hazardous to use satire or irony in our present times. Now I understand the dilemma of many of my editor friends who are reluctant to use satirical pieces.

They say that the meaning or message of such pieces is mostly lost on readers.

Our sensibilities have also become bankrupt. We are fast losing the power of empathy. It will take long to recover from all of this.