The Rairand Community: From Foot Soldiers of the Ambedkarite Movement to Fighting for Survival

Since many of Ambedkar's speeches and writings are in English, they are often inaccessible to communities which have been denied education. The Rairand community, through their songs and performances, brings Ambedkar's teachings to them 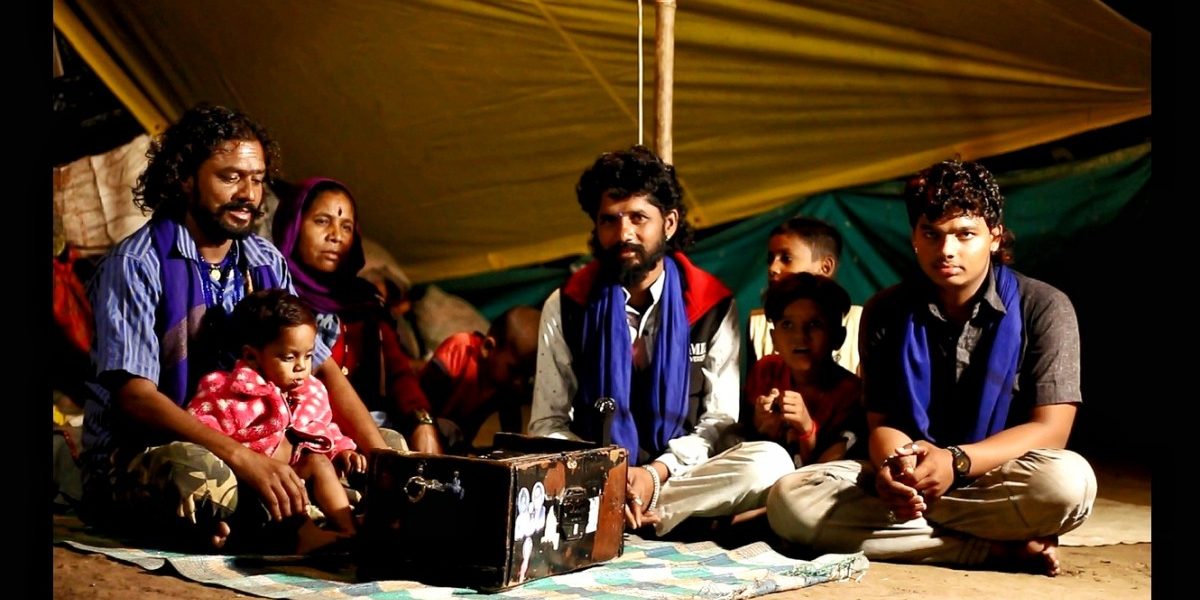 The Jagtap family, who belong to the Rairand sub-caste of the Mahar community, sitting around their harmonium. Photo: Special arrangement.

Keshavrao Dadarao Marebau Jagtap never fails to mention the names of at least three generations of his ancestors while introducing himself.

With one dusty harmonium – with faded pictures of Babasaheb Ambedkar and Buddha pasted on it – a dholak and a camel, he travels with his family from village to village and performs Ambedkarite songs.

His family belongs to the ‘Rairand’ sub-caste of the Neo Buddhist or Mahar community, which constitutes the majority of the Scheduled Caste population of Maharashtra. Once a prominent source of entertainment and then, of political and social reform, the community is now fighting for recognition and survival.

“We have been performers for centuries. Although we were one of the very few sources of entertainment for ages, dignity is something that we never received. And then we stopped being entertainers and became a tool for spreading Babasaheb Ambedkar’s thoughts and values,” says Jagtap, while fixing up a solar panel in his tent outside a village in Jalna, as the sun was about to set. 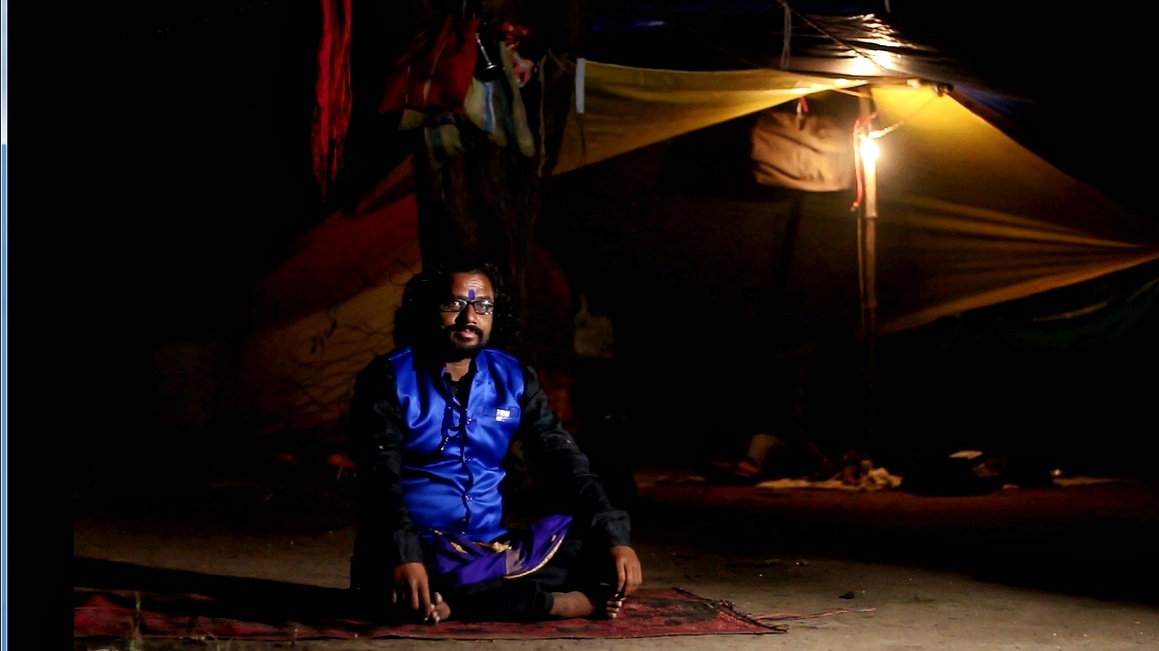 The month of August holds great significance in Dalit history as Ambedkar held office as the first law minister of independent India and then got elected as the chairman of the drafting committee of the Constitution in the same month, 75 years ago.

Keshav Waghmare, writer of the book Khairlanji te Rohit, which documents the atrocities committed on the Dalit community over a decade, says, “As a child, I wasn’t introduced to Ambedkar through books, but by the songs of the Rairand community.”

Also read: Dalit Villagers Wanted to Present a Coin to the President. The State Stopped Them.

“Many of his speeches and writings were in English, and hence, inaccessible to his people who were anyway denied education. Whether it was the Mahad Satyagraha, Poona Pact or conversion to Buddhism, these poets and performers took his philosophy and political developments to every nook and corner of Maharashtra,” Waghmare continued.

Retired professor at Mumbai University, Prakash Khandage, writes that the members of the Rairand community were traditionally Bahurupi folk artists who would dress up in different avatars and perform plays, songs or dance and ask for alms in return.

“The etymology of the word ‘Rairand‘, ‘Rayinder‘, ‘Rairandra‘, is from ‘Raivinodi‘ or ‘Vidhushak‘, which can be loosely translated as ‘clown’. They were considered untouchables”, writes Khandage, who taught at the Lok Kala Academy of Mumbai University.

We first met the Jagtap family in a village of Ambad Taluka in Jalna in November, 2021. Keshavrao, his four younger brothers and their respective families had set up small tents just outside the village. “We only sing at doorsteps of houses with blue flags (houses of the Mahar community), they give us whatever amount of money or food they can,” said 52-year-old Jagtap.

No one in their family writes any literature themselves, but they sing the rebellious Ambedkarite and Buddhist poems of famous shahirs (poet, singer) like Vaman Dada Kardak.

Keshavrao’s brother, Mard Jagtap, sang one of Kardak’s anti-caste poems and said, “Our grandfather Marebau was very good at his art. But one day, when Babasaheb’s message reached his ears, he threw his ghungroo and orthodox practices aside and joined the Buddhist and Ambedkarite philosophy. He said that we are gifted with art, but Babasaheb asked us to use this art for prabodhan (enlightenment).”

Waghmare, who has completed his new book on Dalit music and culture, says, “Ambedkar had told shahir Bhimrao Kardak, ‘Your one song is equivalent to my ten speeches’. He used human resources very well. Different art forms were always associated with certain castes. Songs are the heritage of Dalits. Since the 1920s, the content of that art started changing and then the songs of the Ambedkarite Movement did the job of awakening the consciousness of the oppressed castes. The songs connected with them emotionally and intellectually.”

Also read: How Did Ambedkar Pick His Allies?

When the Jagtap family goes to a house, they often sit at its doorstep with their instruments. Neighbours gather in no time, listening to the impressive high notes in the vocals. They usually start with a song in praise of Lord Buddha. The other songs revolve around themes like fighting caste and class inequalities.

One of the songs they sing is Vaman Dada Kardak’s:

Tell, that accumulated wealth, and our share, where is it?’)

The Jagtap family is now in their village in the Bhokardhan Talulka of the Jalna district. Keshavrao says that due to the rainfall in Maharashtra, they have not been able to travel and perform for many weeks.

“Since the Covid pandemic, it has become very difficult to survive. Some of our family members are now doing some manual labour. Even the people we sing for have difficulty surviving. How can they help us?” Keshavrao said.

He says they have ambitions to be successful like Ambedarite singers Anand Shinde, Milind Shinde and others, “but we want to do it by singing only the songs of Babasaheb and Buddha”. 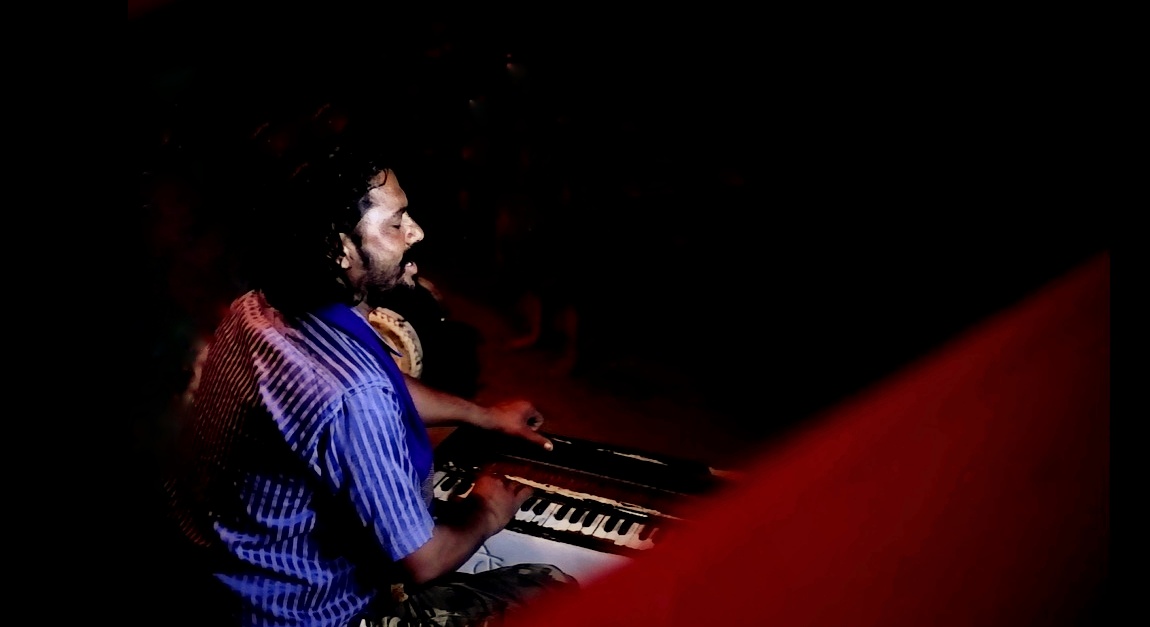 “We hope our community, its leaders and activists pay attention to our work of Prabodhan and Dhamma Prachar,” he continued.

The family emphasised this by singing another song by Vaman Kardak; this time, all of them in one voice:

(‘You got all the luxury and prosperity,

But what about the community, my friend,

what about the community?’)