With the opposition parties ramping up their pressure on the government, the chief minister has, in turn, put the blame on the bureaucracy. 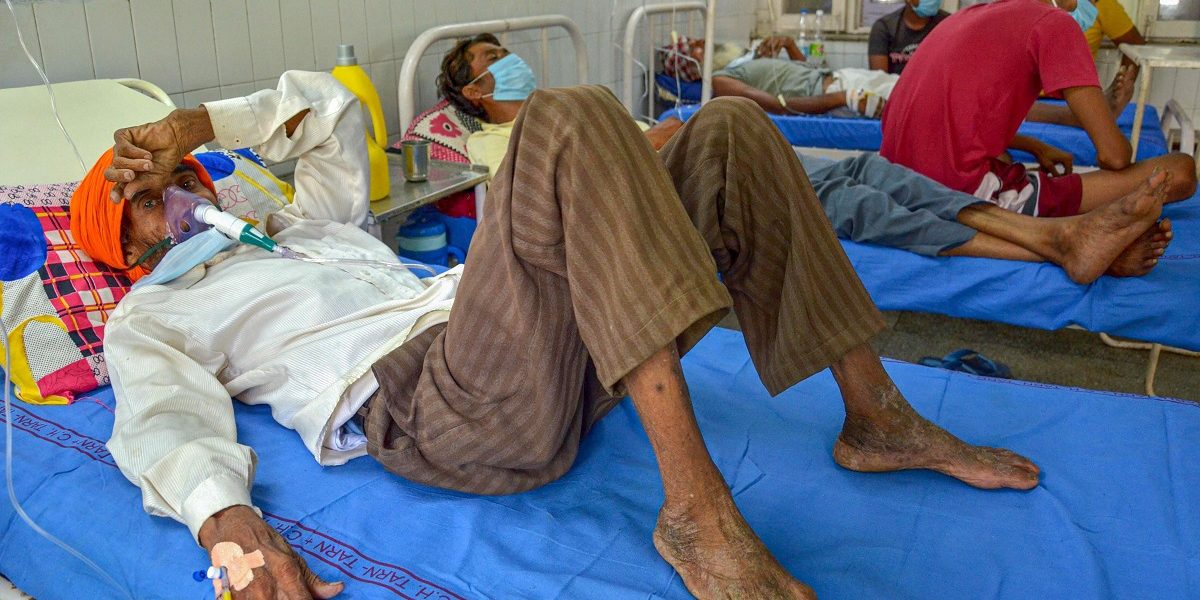 New Delhi: All is not well with the Punjab Police in the wake of the state’s hooch tragedy that has so far witnessed 104 deaths. Chief minister Capt Amarinder Singh has thrown the onus on the state’s bureaucracy for these deaths that occurred in the past four days, suspending several officers of the excise wing, besides two deputy superintendents of police (DSPs) and four SHOs of police stations in Amritsar and Tarn Taran districts.

The axe on bureaucracy is being seen as a kneejerk reaction by Amarinder as he faces political backlash from rivals in the AAP and the Shiromani Akali Dal (SAD). The two opposition parties in Punjab have demanded the CM’s resignation in the wake of the deaths.

Punjab vidhan sabha’s leader of opposition and AAP MLA Harpal Singh Cheema had reached the spot, Muchhal village in Amristar district the very next day of the hooch tragedy deaths on July 30. He demanded the CM’s resignation for holding the portfolios of the home and excise departments as well.

SAD president Sukhbir Singh Badal has also asked for Amarinder’s resignation, accusing him of giving “political patronage” to the liquor mafia in the state.

This is the second time that Amarinder is facing this allegation, after the controversial removal of the state chief secretary Karan Avtar Singh earlier in May. At that time, the chief minister faced trouble from his own ministers, led by finance minister Manpreet Singh Badal. Amarinder’s ministerial colleagues were at loggerheads with Karan Avtar Singh over the state’s liquor trade policy.

Of the 104 deaths in the tragedy so far, as per the official confirmation, Tarn Taran district witnessed the worst, with 80 deaths. Twelve persons each have died in Batala (district Gurdaspur) and Amritsar (the adjoining villages of Tangra and Muchhal).

The villages with 80 deaths in Tarn Taran district included Pandori Gola, Bhullar and Kang and the Muradpura suburb locality of Tarn Taran city.

On August 1, when the toll reached 86 and several others were hospitalised in critical condition, the CM issued a press note, announcing the suspension of three excise and taxation officers (ETOs), of Gurdaspur, Amritsar and Tarn Taran, and four excise and taxation inspectors (ETI) in the region.

Also Read: Nine Words That Can Reduce the Deadly Toll of Liquor Tragedies

The specific charges on which all these officers have been suspended would be revealed in the chargesheets that were yet to be issued to them under the Punjab Service Rules.

The state government has entrusted the task of a magisterial inquiry to senior IAS officer B. Purusartha, the divisional commissioner of Jalandhar division. 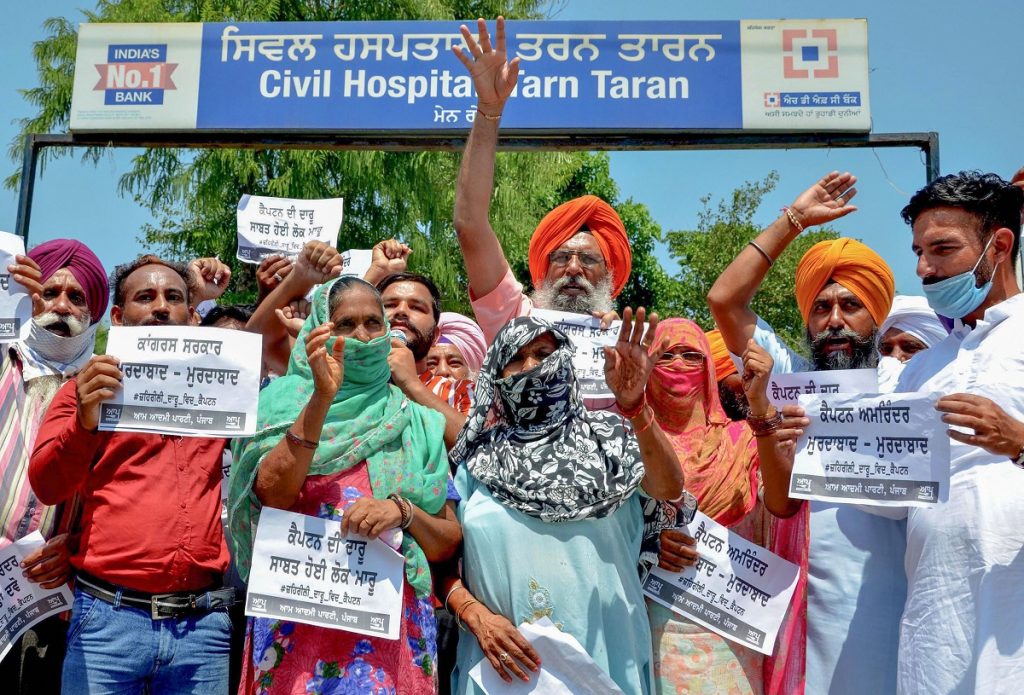 Supporters of Aam Aadmi Party (AAP) shout slogan as they protest over the death of people after consuming spurious liquor in Tarn Taran, August 2, 2020. Photo: PTI

A crackdown in vain

The dead victims included a bootlegger, Jaswant Singh in Muchhal village. His wife Balwinder Kaur was, however, arrested for the first seven deaths that had occurred in this village on the night of July 29.

Jaswant Singh had earlier been arrested during a raid at his premises on May 21, but released on bail a few days later due to a flimsy FIR registered at the Tarsikka police station that contained only Section 61 of the Excise Act (penalty for unlawful import, export, transport, manufacture and possession) and no section at all under the Indian Penal Code. This allowed him to seek bail, in the absence of stricter charges under the IPC.

The police had earlier arrested three persons hailing from Sirhali village of Tarn Taran district on July 9 at a ‘naka’ over the Sutlej bridge in Phillaur on the Ludhiana-Jalandhar national highway. The FIR pertaining to these arrests mentioned a huge seizure of a molasses-like chemical – which is used to prepare country liquor – being carried in drums in a canter from the Rajpura side to Amritsar.

The said FIR, unlike the May 21 FIR, duly mentioned Sections 328 (administering or causing any person to take any poison, stupefying, intoxicating or unwholesome drug) and 420 (cheating and dishonesty) of the IPC, besides sections 61 and 78 of the Excise Act, ensuring that the criminal offences could be treated seriously.