Editorial: A Year After Pulwama Attack, a Look at the Real Enemies Within

It is no secret that many Kashmiris feel alienated from India; targeting innocent Kashmiris who have chosen to study and work in other parts of the country will only alienate them further. 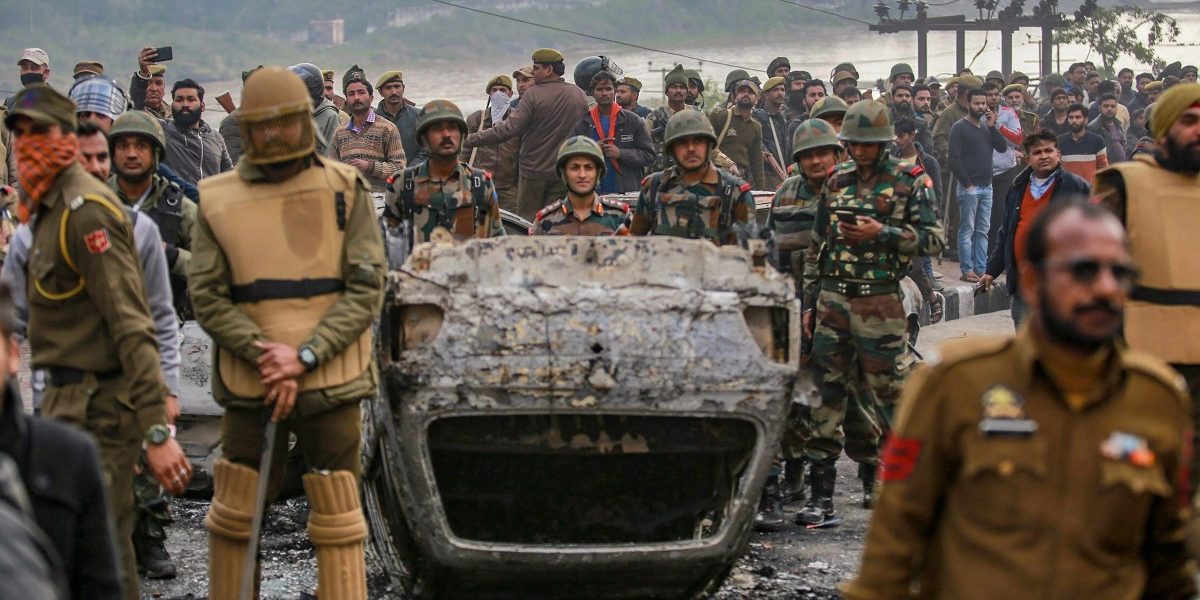 A narrative has been spun in the aftermath of the suicide bomb attack that killed 44 Central Reserve Police Force (CRPF) soldiers in Pulwama that it is somehow unpatriotic to ask questions about the role that intelligence and policy failures might have played. Nor should anyone take a more balanced and sober approach in discussing possible responses to the terror attack. No, only high-pitched nationalism will do, the more bellicose the better.

In Ahmedabad, there are demands from hyper-patriots that people boycott Gujarat Samachar, a leading daily, for a critical headline implying the terrorists had been emboldened under Narendra Modi’s government. In Punjab, the Bharatiya Janata Party and its supporters have gone after Navjot Singh Siddhu for his statement that an entire country – Pakistan – could not be blamed for the actions of a few. The immediate fallout of this anti-Siddhu sentiment is that Sony TV has dropped him from a popular show.

On news channels, a battalion of anchors has been shrilly raising the pitch, demanding swift and decisive military action. Nothing short of a war will satisfy them; after it is good for their own ratings and besides, it could be politically helpful to the Modi government, whom they support. And of course social media is awash with fake memes, pumped up nationalism, and the naming and shaming of all those ‘enemies of the nation’ – from leftist students to liberals to the much-reviled ‘prestitutes’ – for not succumbing to the jingoist fervour.

However, the ugliest manifestation of this disturbing hysteria is the manner in which mobs have gone after Kashmiris in other parts of the country. From demanding that Kashmiri students be thrown out of their institutions to asking landlords to not keep Kashmiri tenants, there is a concerted attempt underway to corner people from the state. How ordinary Kashmiris, themselves victims of terrorism and living under the constant shadow of the security forces, are responsible for the Pulwama attack is mystifying.

For the Indian state and people at large, it is an article of faith that Kashmir is an integral part of the country. The fact that this means Kashmiris are equal citizens is conveniently forgotten. It is no secret that many Kashmiris feel alienated from India; targeting innocent Kashmiris who have chosen to study and work in other parts of the country will only alienate them further.

The political intent behind this ultra-nationalist frenzy is patently clear. With Lok Sabha elections around the corner, every effort is being made to get the voter to think that the nation needs to unite behind one man – a decisive leader who can give a fitting reply to those who threaten the country. Doubt at this juncture is seen as weakness; indeed, even the opposition parties, instead of doing their job and asking tough questions, have declared that they are one with the government on this issue. It is possible to express sorrow at the death of soldiers and condemn terrorism from across the border while at the same time asking legitimate questions about intelligence failure. Yet they seem unwilling to do so.

It is heartening that ordinary citizens have stepped forward to offer shelter to any Kashmiri who feels threatened. Social media, which can be a very toxic arena full of unbridled hate mongering, has been awash with messages from people who have reached out to Kashmiris. Regrettably, those in power have not come out and called for peace and calm. A word from the prime minister would have made a difference. State governments too need to make it clear that any attempt to whip up violence will be met with force. Indians are angry at the killing of the jawans but let us be clear about one thing: anyone who tries to turn this anger into violence against fellow citizens is essentially doing the dirty work of the Jaish-e-Mohammad for them.