The PUDR said in Abhay Devdas Nayak's arrest has many parallels with the recent arrests of Rona Wilson, Shoma Sen, Surendra Gadling, Mahesh Raut and Sudhir Dhawale under the Unlawful Activities Prevention Act. 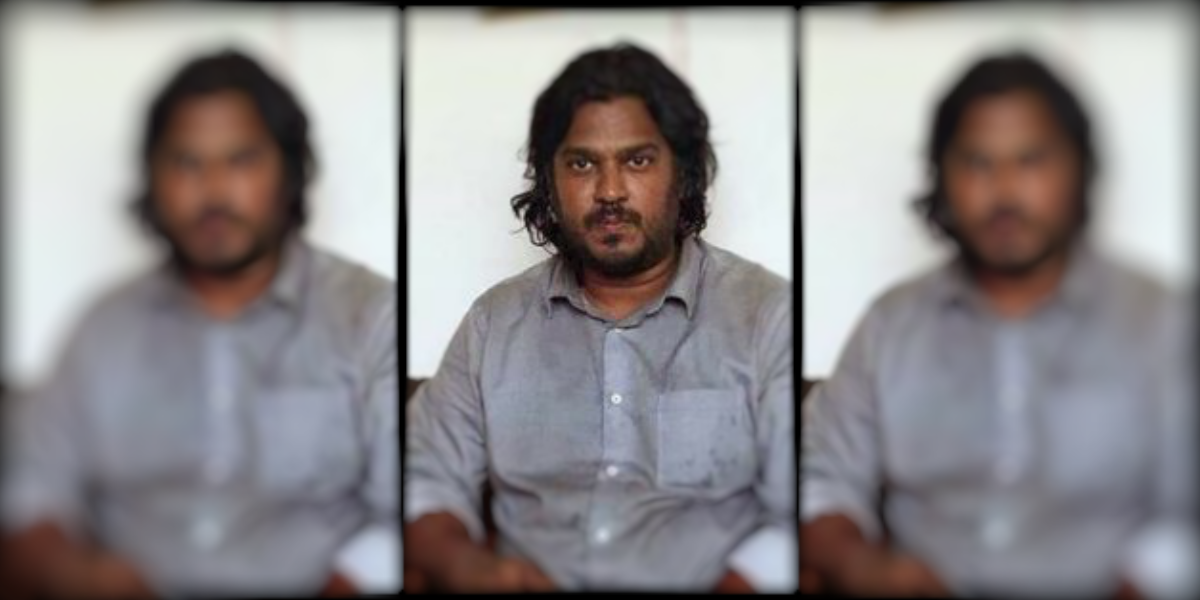 New Delhi: Civil rights organisation People’s Union for Democratic Rights (PUDR) has charged that the Chhattisgarh police had “abducted” 34-year-old ‘techie’ Abhay Devdas Nayak from Indira Gandhi International Airport on May 31 and thereafter presented him before the media on June 12 as a “top Maoist propagandist.”

‘Brazen violation of norms and procedures of law’

In a statement, the PUDR termed his getting “picked up by the police” and being “kept in illegal custody” and subsequent display of arrest after a 12-day gap as acts which were brazen violations of “norms and procedures of law”.

“The fact that no noise has been made about this kind of violation is shocking. Accusation against a person of being associated with a banned organisation like CPI (Maoist) is used by the police to violate his rights with impunity, counting on public silence on this,” the organisation said.

The PUDR said Nayak has been booked under Section 120 (B) (criminal conspiracy), Sections 4 and 5 of Explosives Substances Act and Section 38 and 39 of the Unlawful Activities Prevention Act (UAPA) related to charges of membership of and support for a “terrorist organisation” respectively.

It said the CPI (Maoists)’s proscribed status as a ‘terrorist organisation’ under the UAPA allow the police to target virtually everyone they wish to as anyone they allege to be a member of a banned organisation (without a trial establishing this) can be held guilty of all the crimes attributed to the Maoists.

What police said about Nayak

PUDR said the Special DG Anti-Naxal Operations D.M. Awasthi, had, while speaking about the charges against Nayak, declared that “when you are involved in Maoism and connected with everyone, you are automatically part of all the crimes”.

This kind of sweeping accusation and presumption of guilt, it said, was utterly dangerous for the possibility of justice, to say the least.

“The case against Abhay Nayak is utterly vague and based on numerous presumptions. The police are claiming that he was implicated in a 2013 case, though he has now been shown as arrested in a 2017 case. The 2013 case relates with an IED blast where they found CPI (Maoist) leaflets issued in name of ‘Abhay’ and ‘Vikalp’ – they presume that this refers to Abhay Nayak,” PUDR added.

Stating that “based on the fact that he posts articles and statements related to Naxalism the police have again presumed that Abhay Nayak must be a propagandist for the CPI (Maoist) and accused him of being part of co-ordination of Maoist party and organisation in South Asia and for issuing press statements on behalf of the underground party under the name of ‘Abhay,’‘Vikalp’ and ‘Azad’.”

Moreover, it said, “other presumptions being used are that he had visited Bastar twice so he must be in touch with the Maoists and that his microfinance blog must be a cover for his Maoist activities. These flimsy grounds and the coincidence of bearing a common Indian name are apparently enough for his arrest using UAPA.”

Nayak had denied all charges against him

PUDR said when Nayak managed to briefly speak to journalists on June 12, he completely denied all these charges. He stated that he was not the same ‘Abhay’ and insisted that he was a freelance journalist who ran a website where he would upload news regarding the Maoists.

The PUDR said in this respect Nayak’s arrest has many parallels with the recent arrests of Rona Wilson, Shoma Sen, Surendra Gadling, Mahesh Raut and Sudhir Dhawale, under UAPA, who were all booked under similar charges of being associated with Maoists.

It said Nayak was also being accused of being connected to Maoists because he was in touch with some of the five, though the latter’s culpability has not been proved.

UAPA use allows presumption of guilt

The civil rights organisation said the use of UAPA, which is common to all such arrests, allows presumption of guilt, and alleged ‘intention’ to commit crimes to become the basis of arrests, incarceration, and prolonged denial of bail.

“As in, the now revoked TADA and POTA, the UAPA gives the state a tool for long periods of preventive detention of dissenters and opponents. Like its abolished predecessors, the UAPA also criminalises any kind of association with arbitrarily banned organisation (under the same law),” PUDR said.

It said the recent arrests of so-called ‘urban Maoists’ was actually just targeting of those who have been “legally and democratically raising questions of the rights of political prisoners, Adivasis, Dalits etc., and critiquing violations of rights by the state.” Therefore, PUDR said it wants to reiterate its demand for repeal of UAPA.

Criticising the arrest of Nayak, PUDR demanded his “unconditional release” and demanded action against those responsible for his “abduction” and “illegal detention”.