Protesting Farmers Will Always Remember the People Who Stood By Them

Ordinary citizens have stood with the farmers, and shown that there is still much that is decent, good and beautiful in India. 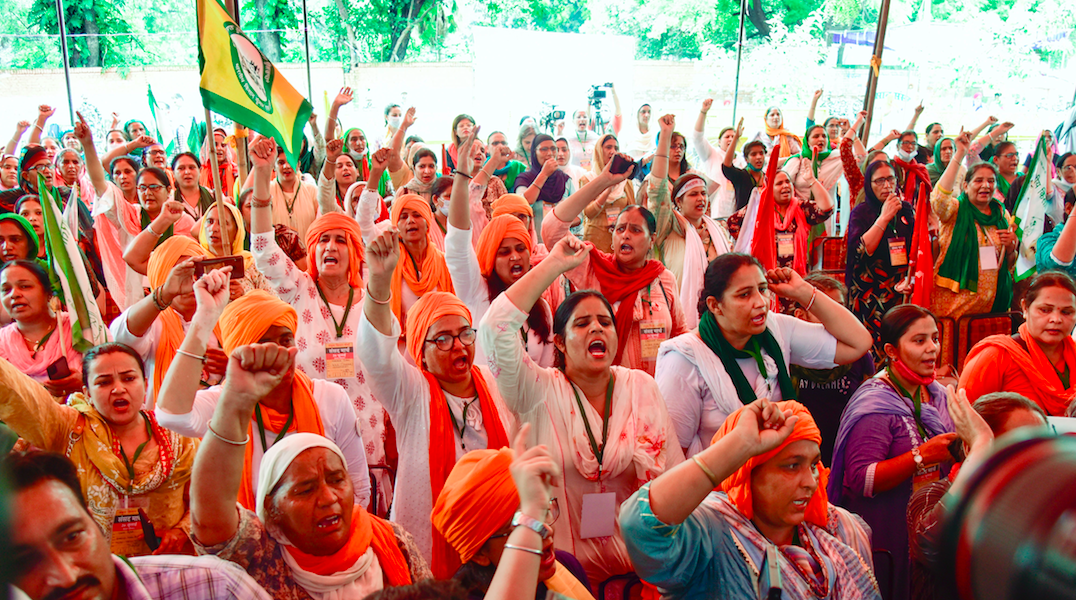 Women farmers and their suppoters during Kisan Sansad against the Centre's farm laws at Jantar Mantar in New Delhi, Monday, July 26, 2021. Photo: PTI

The opening line from Charles Dickens’ A Tale of Two Cities sums up this past year of the farmers’ protest well. The kisan andolan has brought Vir Das’s “two Indias” into sharp contrast. Even as an authoritarian state and its servile, corporate media have done their very worst, vilifying and attacking peacefully protesting farmers, ordinary citizens have stood with them, and shown that there is still much that is decent, good and beautiful in India.

Navkiran Natt, 30, is a dentist. When the protesting farmers came to Delhi, she felt called upon to get involved, and started living at the Tikri border. She and her friends started Trolley Times, the protest’s very own newspaper, which has now completed a year of publication. Navkiran is particularly thrilled with the huge socio-cultural change the protest has brought about. “Men who never did much work around the house before are now cooking and cleaning at Tikri, and women, who were out of the public eye, are now speaking from the stage. The women here are asserting themselves again and again as primary protesters. They are not simply here as wives or sisters of the male farmers, they are here as protesters in their own right.”

Also read: A Footballer, a Teacher, a Writer of Press Releases: Lesser-Known Faces of the Farmers’ Protests

Nirvair Malhi, a 19-year-old high school graduate from Jalandhar who came to Tikri border to visit the protest for exactly one day, was so moved by the camaraderie and steadfastness of purpose he saw that he stayed on for nearly a year. When the deadly second wave of COVID-19 hit Delhi, Nirvair and the Trolley Times team arranged for freshly cooked food to be delivered to hundreds of virus-affected families all over the city. Says Nirvair, “My goal in life is not to immigrate to Canada like so many others. It is to do what I can to build an India where the marginalised are no longer so. This protest will end one day and we will all go back, but I will keep those whom I have met here in my heart forever.” 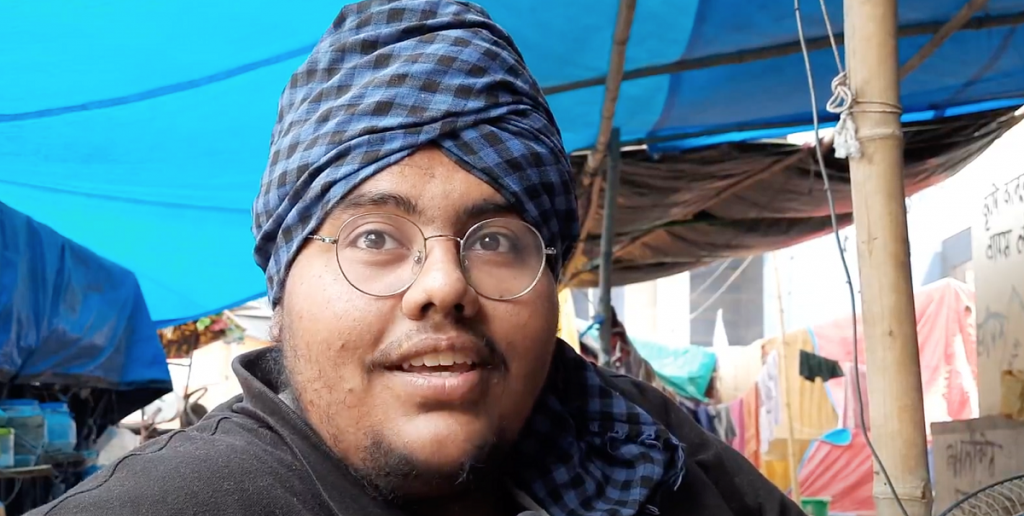 Then there is Mallika, a first year college student who began visiting the farmers at the Ghazipur border along with some schoolmates when she was still in Class 12. She brought them food and water, but most of the time she just spent time listening to them and talking to them in an endeavour to show them they were not alone in their struggle. When I asked her if her parents knew she was visiting the protest site, she said, “Yes, but I had to convince them to let me come here. They are understandably concerned, seeing what happened to the students at JNU and Jamia, but if we don’t stand up for these farmers and for our democracy, who will?” 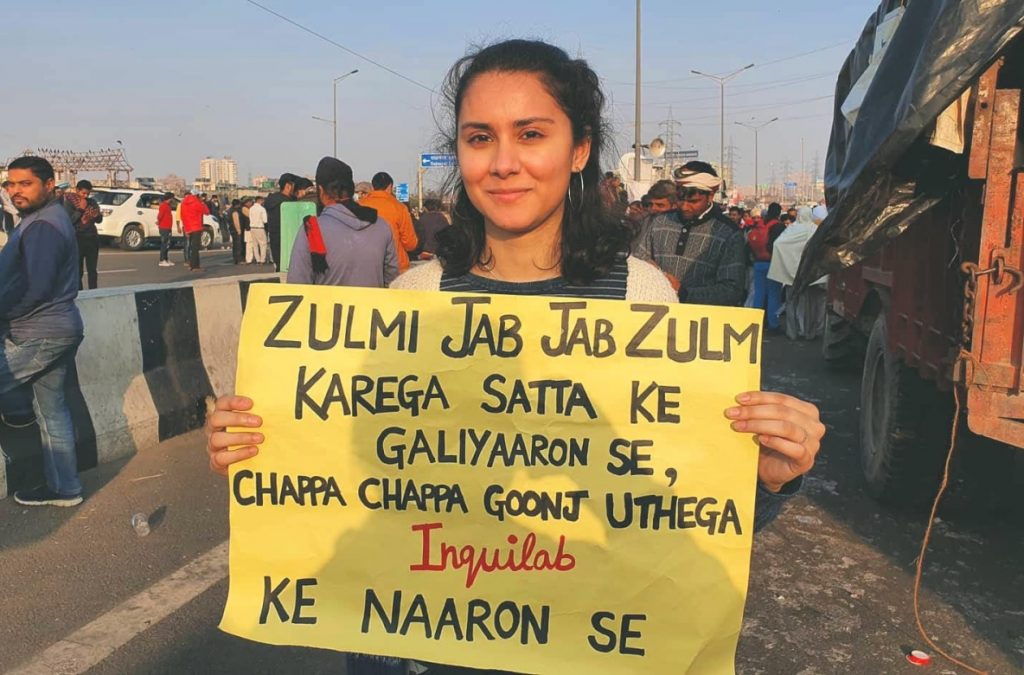 It is heartening to see such conscientiousness and clarity of thought in school-going adolescents.

Rishabh, a resident of Hisar and a student of history and political science at Delhi University, attends his classes from Tikri border, where he has been living in solidarity with the protesting farmers since January. He laments that more college students have not joined in. “This protest is the best place to learn about society and politics in real time. People should understand that the farmers’ protest is for all the things the government is trying to tear down – secularism, democracy, human rights, equality and justice.” Rishabh, a student from Hisar who lived with farmers at the Tikri border to show his solidarity. Photo: Rohit Kumar

And finally, there is Vasu Kukreja, a 27-year old Tis Hazari court lawyer who is fighting 1,500 legal cases on behalf of the farmers, pro bono! In the little time he gets off, his friend Jaspreet and he buy food and arrange for other essentials for the farmers at Ghazipur border. 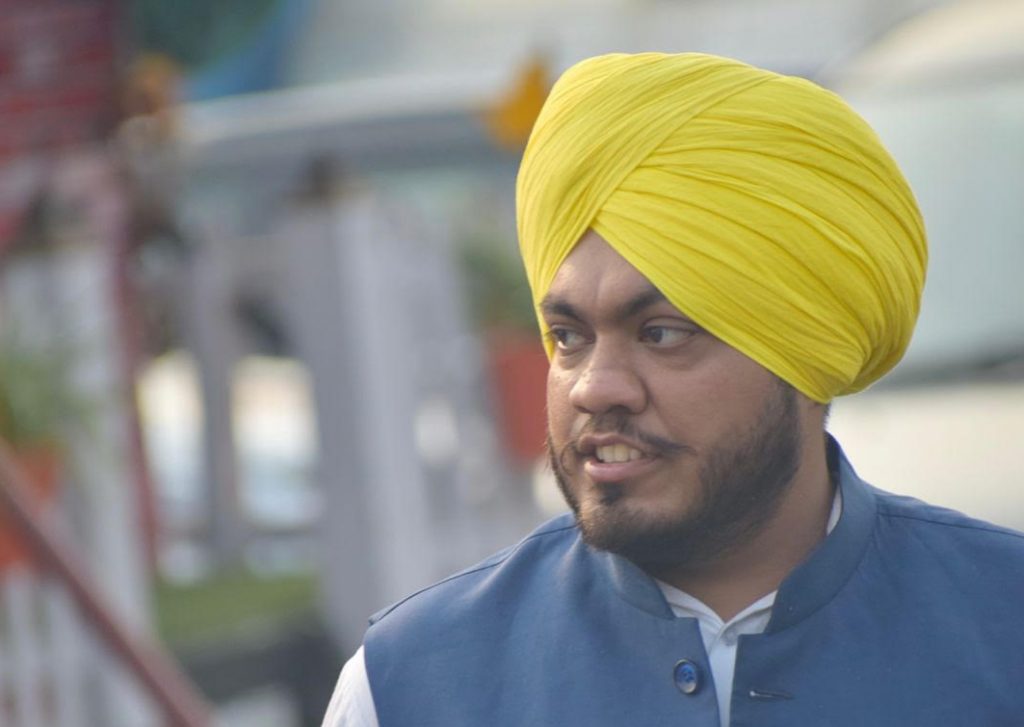 Navkiran, Nirvair, Mallika, Rishabh and Vasu and many others like them will forever remain in the hearts of the farmers who came to our borders. They are part of the India that we are proud of.

Rohit Kumar is a writer based in Delhi.