Protest Against CAB: FIR Against 500+ AMU Students for Defying Section 144

On Wednesday, students observed a total lockdown on campus to protest against the charges filed. 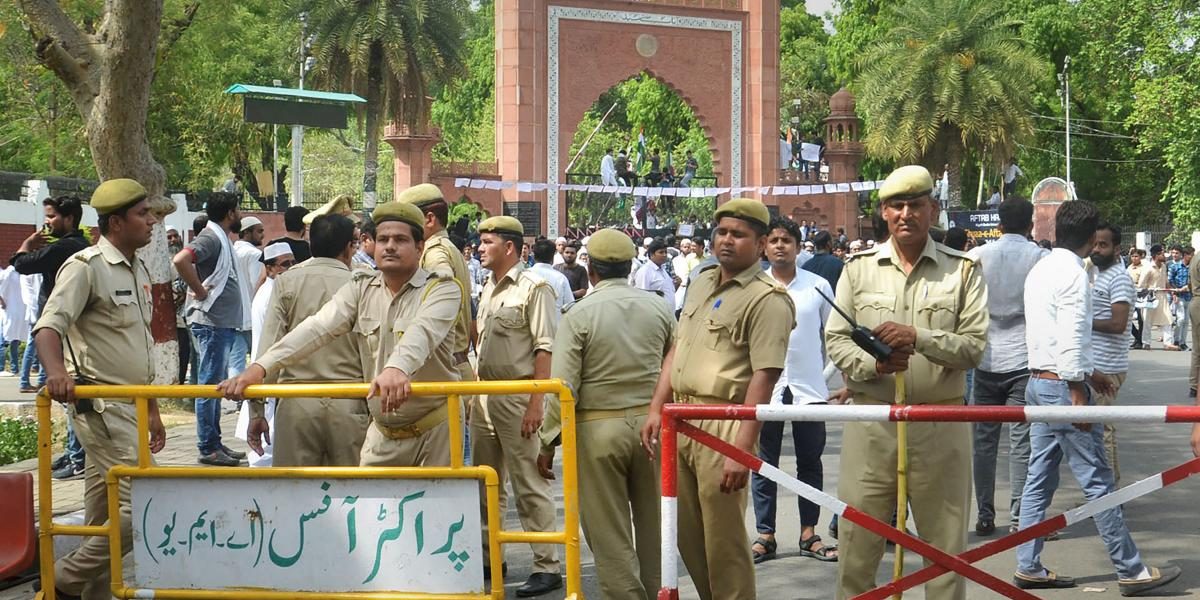 Aligarh: An FIR has been registered against more than 500 students of the Aligarh Muslim University in connection with their protest against the Citizenship Amendment Bill, and security has been beefed up on the campus.

Rapid Action Force has been deployed at the entry points to the University campus, where an uneasy calm prevailed.

The police on Tuesday night filed a report against 20 student leaders and 500 other unnamed persons for defying prohibitory orders under Section 144 and holding a protest near Faiz Gate on the campus.

Civil Lines’ Station House Officer Amit Kumar said, “Section 144 has been clamped all over the city and the students had violated this provision by marching up to the University Circle and trying to disturb the peace due to which FIRs have been registered under relevant sections against 20 student leaders.”

AMU Proctor Prof Afifullah Khan said that on Tuesday evening, students took out a protest march from the University Library up to the University Circle. Khan, however, said the march was peaceful.

AMU student leaders said that their protests are “totally peaceful” and it is their “democratic right” to raise a voice against the Bill which is not just against the letter and spirit of the Constitution but is designed to polarise Indian people on communal lines and divide the country.

Thousands of students have gathered in Aligarh Muslim university to call Complete Lock down of University in protest of Citizenship Amendment Bill.#CABNRCSatyagraha pic.twitter.com/clqT9oVIIs

Secretary of the AMU Teachers Association, Professor Najmul Islam said, “We may not be participating in the ongoing protest on the campus but we are sparing no efforts to persuade all political parties including the ruling party to have a relook at this bill as we foresee a very dangerous fall out of these events not just in the country but in our neighbourhood also”.

Islam said they are inviting senior political leaders of all national parties for a discussion on the ramifications of the bill.

“We are also trying to meet the Prime Minister in a bid to persuade him to have a relook at the bill,” he added.

Also read: The Citizenship Amendment Bill and NRC Will Together Destroy Our Country

On Wednesday, students observed a total lockdown on campus to protest against the charges filed. Even the dining halls were boycotted, Times of India reported.

More than 25000 AMU students will sit on hunger strike on Wednesday against this communal #CitizenshipAmendmentBill and NRC. pic.twitter.com/7OqoqthZ6P

The spokesman said that annual examinations were held as per schedule.

Earlier on Tuesday, the protesting students had demanded that the university should postpone annual examinations in view of the protest.

Home Minister Amit Shah on Wednesday moved the Citizenship (Amendment) Bill in the Rajya Sabha and sought to assuage the concerns of Indian Muslims by saying they have nothing to fear as they are and will remain citizens of India.

On Monday, the Bill was passed in the Lok Sabha with 311 members favouring it and 80 voting against it.