Shekhar, an acclaimed young writer from Jharkhand, says that the BJP's new domicile policy in the state may pave the way for further anti-adivasi action. 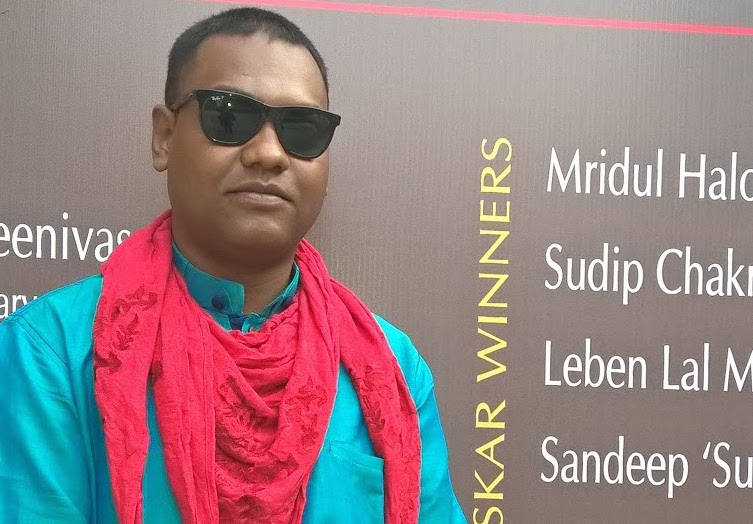 New Delhi: According to a report in the Dainik Jagran, adivasi writer Hansda Sowvendra Shekhar may face disciplinary or administrative action for publishing an opinion piece in the Indian Express criticising the BJP-led Jharkhand government’s domicile policy.

Shekhar, 33, is a novelist and works as a government doctor in Pakur, Jharkhand. His first novel The Mysterious Ailment of Rupi Baskey (Aleph Book Company, 2014), the story of a Santhal woman, was shortlisted for The Hindu Literary Prize.

On April 7 this year, the Raghubar Das cabinet passed a new domicile policy that finally defined who officially counts as a local resident of Jharkhand, which has been a contentious issue since the state’s creation in 2000.

According to the new policy, among those who now count as Jharkandis are people who have been living in the state since 1986 and who have matriculated within the state. The government said that they decided on these criteria after consulting all stakeholders, including political parties and social organisations.

Opponents of the policy, including the Jharkhand Mukti Morcha and the Jharkhand Vikas Morcha, have been arguing that the new policy is a way for ‘outsiders’ – people who have immigrated to the state in recent years – to gain power, and that there are no safeguards for the adivasis, who have been residents of Jharkhand for over 300 years. In his opinion piece, Shekhar claimed the policy made clear the BJP’s real intentions – to “sideline” the adivasis, the “real residents of Jharkhand”, and allow non-adivasi outsiders to “take over the state”. He traces a long history of such politics in the state by the BJP, which is “clearly a party for non-adivasis and capitalists”.

Shekhar called Das’s ‘1986 criteria’ “vague”, compared to “a more solid parameter like the khatiyan [land records] of 1932”, and states that in adopting this criterion, “Das has accommodated every non-adivasi outsider including himself.” (Das is a non-adivasi from Chhattisgarh.)

On June 14, the Dainik Jagran reported that the personnel department of the Jharkhand government would take action, disciplinary or administrative, against Shekhar, for writing an anti-government piece while being a government employee.

Shekhar told The Wire that he has not yet received an official letter or notice and he is “not sure if the government is really serious about this… or if it is just a fear tactic to silence [his] voice”. He is unsure about whether he has been singled out for being an employee of the Jharkhand government or for being an adivasi who has dared to speak out against the BJP.

Responding to the reported threat of governmental action against Shekhar, former cabinet secretary B.K. Chaturvedi said that any threat to the constitutional right of freedom of expression is an example of “complete intolerance”. A government employee criticising the government in the media rather than addressing perceived problems within the system is a somewhat different matter because it is against governmental conduct rules – but, he questioned, where the line between criticism and expression lay.

Author and former police officer V.N. Rai said that in this case, “all political parties, be it the BJP or Jharkhand Mukti Morcha, are exploiting the situation.” For him, the question is not one of “adivasi versus non-adivasi” because urbanisation in Jharkhand has levelled the playing field and there is a lot on intermingling at present; in fact, he said, adivasis should be encouraged to intermingle with non-adivasis even more. While adivasis definitely should be given rights and provided with basic facilities such as housing and healthcare, people who have lived in Jharkhand for the past few decades cannot be discriminated against either. Thirty years as the basis for deciding who counts as a resident is “reasonable”according to Rai.

Rai also added, however, that the criterion of matriculation is problematic and should not apply to adivasis, because many may not be able to meet it. Similarly, many adivasis’ ancestral land may not be listed in the records at all and there should be some mechanism for addressing that discrepancy.

As for the reported threat to Shekhar, Rai said that “civil servants should also have the right to express themselves” and that “intolerance has increased since the BJP has come to power – they will not allow any journalist or activist in Jharkhand to speak freely”.