Parvez Ahmad Khan, from a nomadic community, was the sole breadwinner for his poor family. 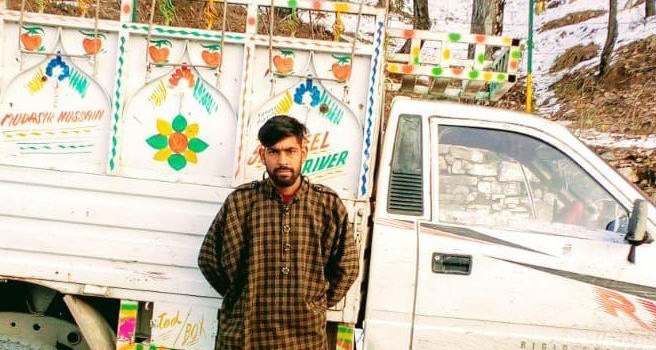 Srinagar: The family of a 26-year-old civilian who was killed on Thursday by the Central Reserve Police Force (CRPF) in south Kashmir’s Anantnag have demanded an impartial investigation into the circumstances leading to the controversial shootout.

Parvez Ahmad Khan, a poor nomad and the major breadwinner in his family of seven including two minor daughters, pregnant wife, a minor sister and younger brother besides ageing parents, was killed on Thursday evening by CRPF personnel.

According to a J&K police spokesperson, Parvez, who belongs to the nomadic community, was travelling with another person in a plateless, Mahindra Scorpio car which was asked to stop at a CRPF checkpoint in Anantnag’s Rooh-Monghal village at around 9:45 pm.

“However, it [the car] rushed towards the checkpoint. It was then challenged by the on-duty troops. Troops fired upon [the car] in self defence, in which one person died. But the driver of the vehicle managed to escape from the spot,” the spokesperson added.

Reports said a suspect identified as Yasir Ali, whose other antecedents were not immediately known, has been detained by police. Senior superintendent of police (Anantnag), Ashish Mishra, didn’t respond to several text messages.

Inspector general of CRPF (Kashmir) Charu Sinha could not be reached for comments. Junaid Khan, a spokesperson of the paramilitary forces, said they have “nothing more to add” to what the police have disclosed in their statement.

Zakir Ahmad, the victim’s brother-in-law, told The Wire that Parvez spoke with his wife, Muneeba, who is eight months pregnant, at around 7 pm on Thursday, asking her to cook only rice.

“He was working in a paddy field in the day. He told her that he was going to get beef and would return home in time so she can cook it for dinner. However, when he didn’t return till late in the evening, they all went to sleep,” he said.

Zakir said a police party arrived at their tented accommodation in Kihribal village of Anantnag around midnight, and asked Muneeba and her father-in-law to accompany them to the police station as “Parvez had met with a road accident”.

“Police took their thumb impressions on some papers and kept us waiting. It was around 4 in the morning when a cop told us that he had been killed by the CRPF for jumping a checkpoint,” Zakir added.

The homeless family, which moves to Jammu region for six months when Kashmir is under the grip of winter chills, then requested the police to hand over the body for performing his last rites. “They didn’t allow us to even come close to the body. Police even confiscated the phones of those who tried to click photos of the body,” he said.

At the crack of dawn, a police party took Parvez’s body to Rajkang top, a nearby mountain, where he was buried discreetly without his family’s consent. “We were not allowed to perform his last rites or attend the funeral prayers. We couldn’t even get the last glimpse of his face. We want justice,” Zakir said.

Zahid Parwaz Choudhary, president of the J&K Gujjar Bakarwal Youth Conference, a nodal body which propagates the causes of the marginalised nomadic community, said when the family came to know the circumstances of Parvez’s death, they tried to inform the elders of the community.

“However, police didn’t permit them and instead buried the body in haste in order to cover up the murder of an innocent person. It is a staged killing,” Zahid said, adding that the police is refusing to allow the elders of the community from meeting the family.

“The victim’s family and relatives have also been asked not to venture out of the area. They (police) want to cover up the matter,” he said.

Two photos taken moments after the killing were shared with The Wire by the family. One photo shows the fully dressed killed man lying sideways on the passenger seat with a pool of blood collected in the centre console of the car. One side of Parvez’s face is untouched by blood and, although he appears dead, there is no sign of a gunshot wound.

Another photo purportedly taken after the first picture shows the motionless body of Parvez, who is now seen only in his undergarments, lying on the road with multiple gunshot wounds and with his entire face is smeared with blood.

“If the CRPF men were suspicious, they could have easily fired in the air or at the tyres of the car. Instead they not only killed an innocent person but have also mutilated his body,” Showkat Chaudhary, a prominent Gujjar activist, said.

He added, “They (security personnel) take relatives and microphones to the encounter sites and try to convince the militants to surrender. Why couldn’t they adopt the same method and discreetness in Parvez’s case?”

A video which has gone viral on social media shows an inconsolable Muneeba, Parvez’s wife, crying in desperation in an open ground near their tented accommodation, unable to come to terms with the sudden loss of husband, “What will happen to us now? I have small kids. Who will take care of them? Who will take care of us?”

Several Valley-based political leaders, religious heads and elders of the Gujjar community are demanding justice for the victim. The killing took place on the day when two teachers from the minority community were brutally shot dead in Srinagar.

Barely 36 hours earlier, a prominent Kashmiri Pandit chemist and a non-local street vendor from Bihar were shot dead in Srinagar while the president of a local association of drivers was killed in Bandipora on the same day, putting security forces on a high degree of alert.

“A heightened state of alert cannot be a reason to open fire like this. Senior officers of the security forces need to ensure calmer heads prevail & nothing happens to worsen the situation,” former J&K chief minister Omar Abdullah tweeted.

Another former chief minister, Mehbooba Mufti, tweeted: “This appears to be the start of a knee jerk reaction to what has transpired during last two days. Disproportionate force has been used by CRPF which has resulted in this innocent civilian’s death. Will there be any action against the trigger happy personnel?”

In another tweet, the PDP chief said she has been put under house arrest and prevented by police from meeting the family of the victim.

In a statement, CPI(M) general secretary M.Y. Tarigami said the circumstances under which Parvez was killed should be probed thoroughly. “Losing precious lives is unfortunate and mere condemnation of such incidents isn’t enough,” he said, asking the administration to compensate the family.