Additional Sessions Judge Amitabh Rawat rejected the bail pleas of the two Jawaharlal Nehru University students on June 14, on the ground that there was no merit in the applications. 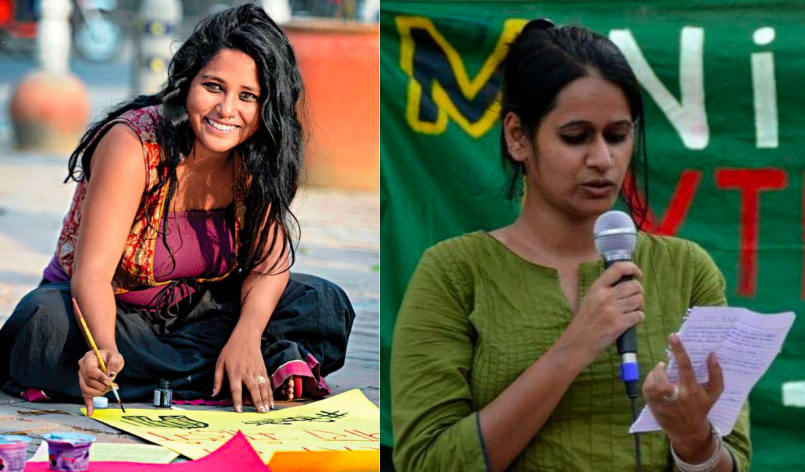 New Delhi: A Delhi court has dismissed bail pleas of Devangana Kalita and Natasha Narwal, members of Pinjra Tod, a women’s collective, in a case related to the communal violence in northeast Delhi during protests against the Citizenship (Amendment) Act (CAA) in February.

Additional Sessions Judge Amitabh Rawat rejected the bail pleas of the two Jawaharlal Nehru University students on June 14, on the ground that there was no merit in the applications.

The court said in its order, that it was amply clear from the charge sheet that the investigation is still pending and it has been filed against other accused persons also.

It further said that considering the investigation so far and the nature of the offence and the role being ascribed to the accused, there were no reasons at all to grant bail.

Narwal and Kalita were arrested in the case in May by the Crime Branch of the Delhi police and booked under various sections of the Indian Penal Code including rioting, unlawful assembly and attempt to murder.

They have also been booked under the stringent anti-terror law – Unlawful Activities (Prevention) Act – in a separate case related to the communal violence, for allegedly being part of a “premeditated conspiracy” in the riots.

Communal clashes had broken out in northeast Delhi on February 24 after violence between citizenship law supporters and protesters spiralled out of control leaving at least 53 people dead and around 200 injured.

During the hearing held through video conferencing, advocate Adit S. Pujari, appearing for the students, told the court that they have not been named in the FIR and no role has been attributed to them by the police in the case.

The public prosecutor opposed the bail applications saying – during the investigation, one of the accused arrested in the case allegedly disclosed that Narwal, along with her other associates including Kalita, had instigated him and other rioters to indulge in violence.

The student’s lawyer claimed that the allegations against them were false and the charge sheet has been filed in the case and the investigation is complete.

However, the prosecutor said it has been found that during the protests against the CAA, a group of highly qualified ladies including Narwal, in a continuous process, directly or indirectly, instigated common Muslim people to protest against the Government of India stating that CAA is totally against the Muslims, and by passing the law, the Centre may sack Muslims from India.

The public prosecutor further alleged that during the investigation, it was revealed that Narwal along with her associates were actively participating to cause riots in Delhi with the sole motive to disturb peace and law and order situation in the national capital.

They allegedly poisoned the mindset of Muslims community and instigated them to create an adverse, unlawful situation in the city, he claimed before the court and added that their phone locations showed that they were present in the northeast district, just before and during the initial part of riots.

Pujari said the judicial custody of Narwal and Kalita was extended on June 11 illegally by the duty magistrate as the accused were not produced before the magistrate and the investigating officer had not shown the need for remand during the investigation.

This submission was opposed by the prosecutor who said the judicial custody remand of Narwal and Kalita was extended according to law and under special circumstances of COVID-19 pandemic.

Taking note of the submissions, the court said, “On June 11, Narwal was required for court production through video conferencing and as she was quarantined as a precautionary measure for the prevention of COVID-19 pandemic, it was apprised to the duty magistrate who extended the judicial remand.”

“The purpose of the order of the magistrate was to ensure that there was no detention of anyone without the involvement and order of the court … There is an extraordinary situation of COVID-19 which has to be factored into and if the accused is quarantined due to which she could not be produced, this fact by itself would not convince the court to grant bail to the accused on this ground,” the court said.

The prosecutor submitted that some unscrupulous elements allegedly hatched a large scale conspiracy and carried out riots in the area of northeast Delhi wherein 53 persons lost their lives and countless others suffered injuries, the property worth crores of rupees was damaged and destroyed.

Both accused persons started visiting the protest site from January 15 onwards at Seelampur, Delhi, and have allegedly helped in organising the violent protests in the northeast district, he said.

“One Aman died on February 25 due to gunshot injury caused by the rioters. Total 35 empty cartridges were recovered from the spot and only 17 were used by the police,” he said.

Efforts were being made to unearth the entire chain of events leading to the riots and other accused persons were yet to be arrested, the prosecutor said.

The court was further informed that the charge sheet has been filed against 10 persons in the case and investigation qua the accused persons were still being done.

Pinjra Tod was founded in 2015 with an aim to make hostels and paying guest accommodations less restrictive for women students.