In Photos | God’s Wife, Every Man’s Woman: The Lives of 'Joginis' in South India

In 1988, the Government of India banned this practice of sexual slavery. However, it is still prevalent in some parts of the country. 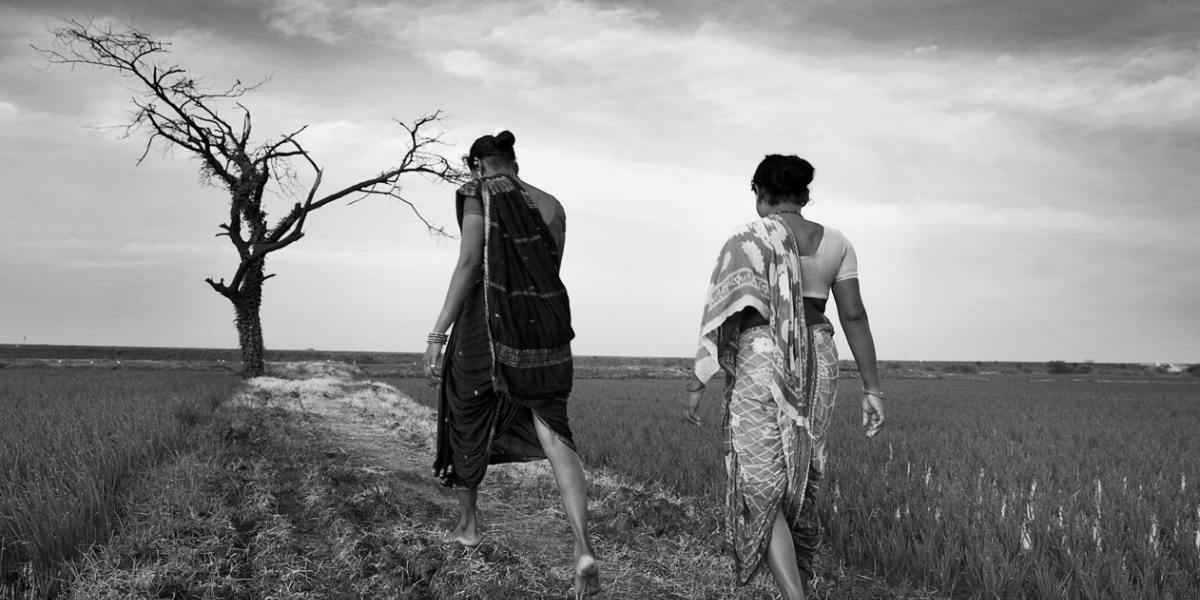 A Jogini belongs to every man in the village. To make ends meet, these Joginis work in the fields for a subsistence income. Photo: Asha Thadani

In the southern state of Telangana and its borders, ritual servitude exists.

This is poor rural India, as we would imagine it. There is endemic poverty everywhere; small families eke out a living off the earth; huts are scattered across an eternally thirsty plain; and depending on the monsoon, the Godavari river flows in the distance.

But this almost tranquil picture hides one of the great crimes of modern India: ritualised sexual slavery. 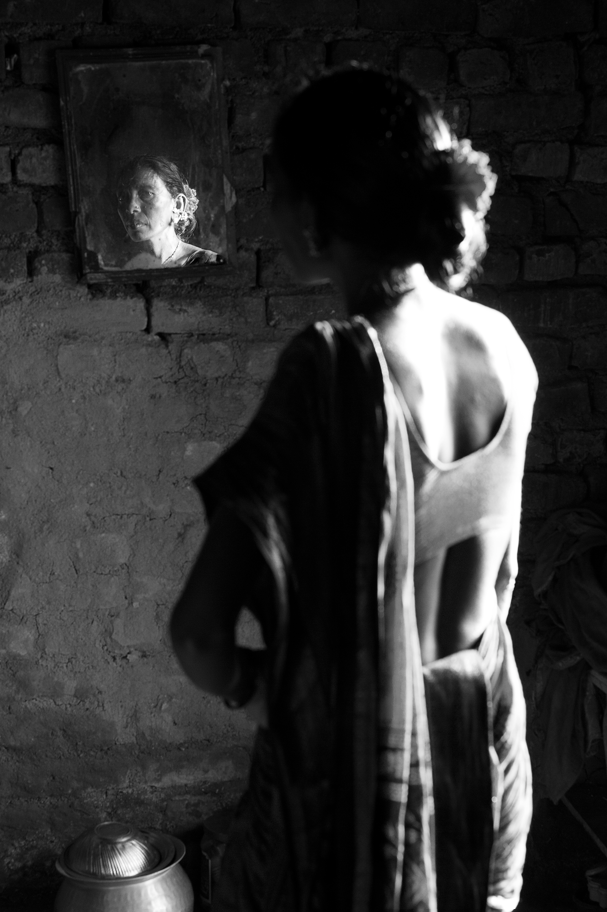 Hemlata was dedicated to the temple god at the age of five. All the Joginis belong to the Dalit community. Photo: Asha Thadani

In these villages, girls as young as five are routinely “dedicated” to the village temple. Dressed up as a bride with the formal ceremonies that accompany a wedding, these pre-pubescent girls are ‘married’ to god. Once married, they cannot marry a man ever again. Sleeping with a Jogini is believed to invoke supernatural powers and please the goddess. In many families, if there is a nagging problem, the wife may ask her husband to go and sleep with the village Jogini so that the situation may improve. Photo: Asha Thadani 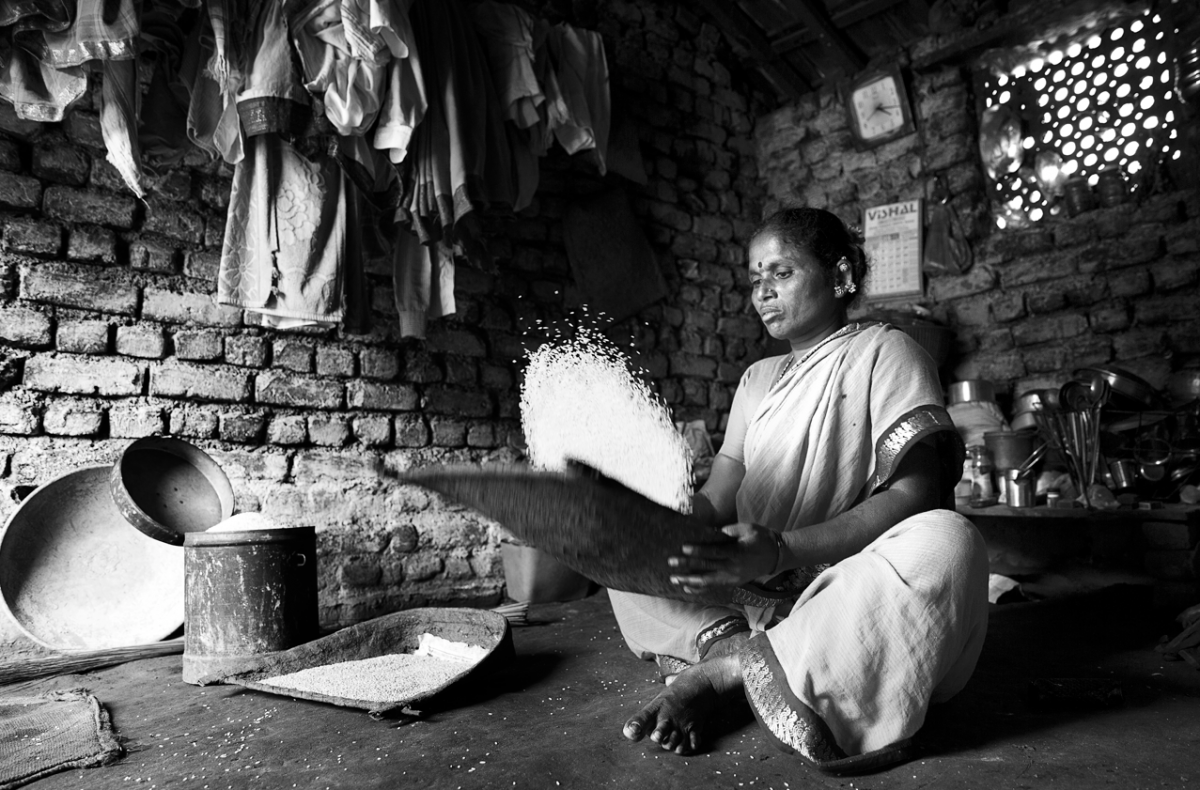 Like all Joginis in the area, Devamma, is not paid for her services with money. She is compensated ‘in kind’: a bag of rice or sometimes a sari. Photo: Asha Thadani

With this ritual initiation begins a slow descent into hell: when the girls reach puberty they are taken as personal sexual slaves by either the priest, the village head or their virginity is auctioned to one of the wealthier men in the area. And once he tires of her, she becomes an asset of the entire village.

These women are called “Joginis” and they live extremely precarious lives. 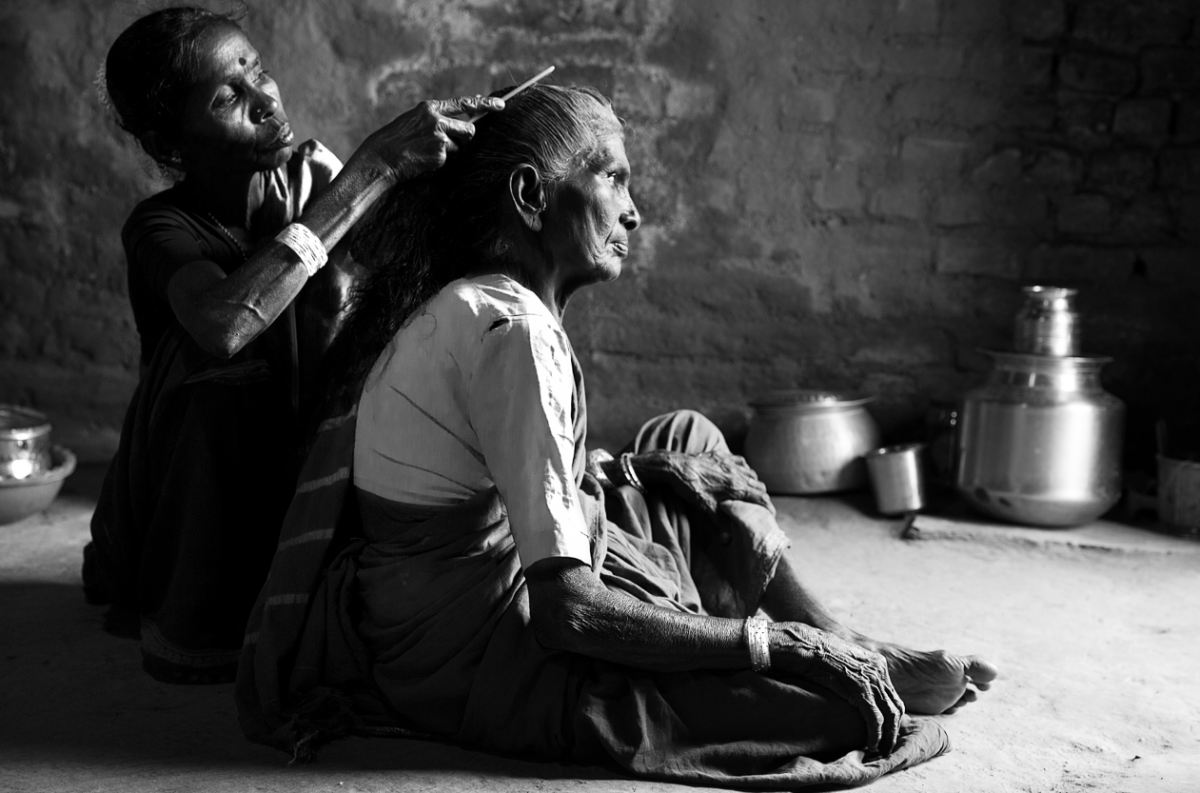 Sushila and her mother are both Joginis. Photo: Asha Thadani 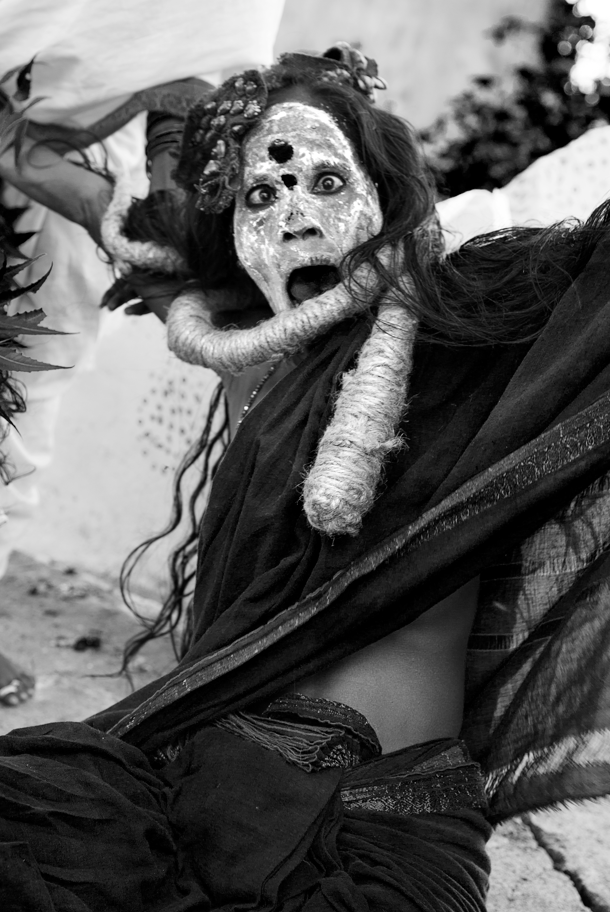 The only time a Jogini is regarded with some respect is during certain
religious rituals and ceremonies. Here, Gowri is in communion with god by invoking divine spirits through a trance. Photo: Asha Thadani 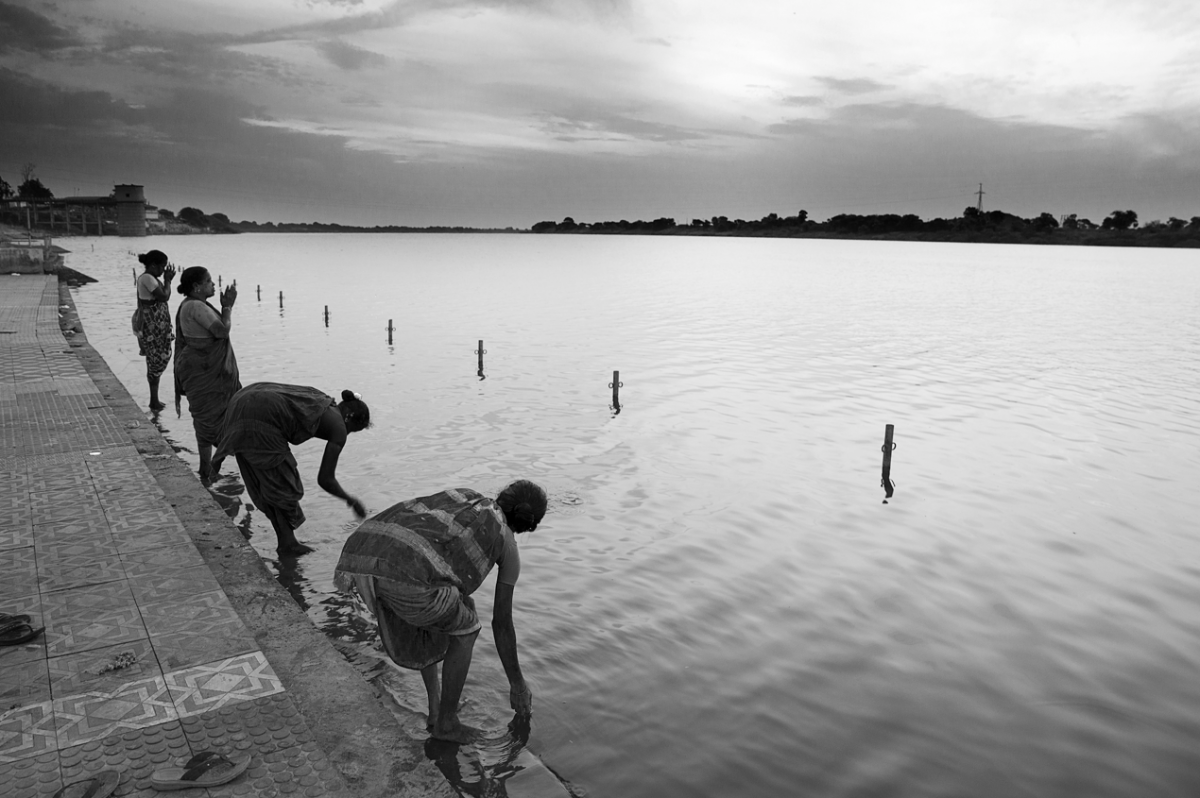 In a ritual that dates back centuries, the Joginis offer their prayers to the Godavari river. The river is considered a living goddess. Photo: Asha Thadani

The village shuns them. Illiterate and economically vulnerable, they are sexually abused by any man who wants gratification. They do not have the right to refuse anyone.

Their daughters usually follow in the mother’s footsteps. On the other hand, their sons do not acknowledge them because of the stigma attached to being a Jogini’s son. Most of the children do not know who their father is.

They are not permitted to live within the protective circle of the village and are outcastes. 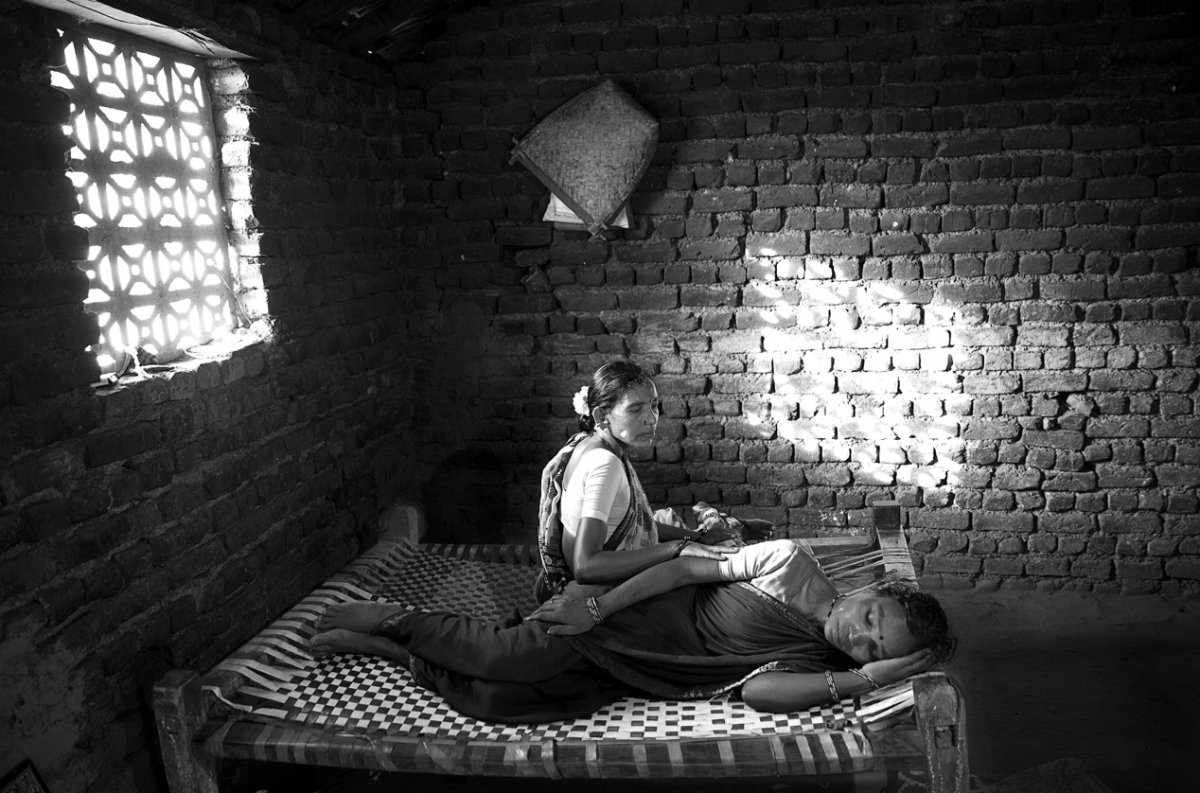 Munniama, who is HIV positive, falls ill frequently and is being taken care of by her sister. Sexually transmitted diseases are rampant here and claim the health and lives of many Joginis. Photo: Asha Thadani An old Jogini like Ganga, no longer desirable to the village men, withdraws into isolation and survives by begging on the streets. Photo: Asha Thadani

Several Joginis are trafficked to large cities and forced into prostitution. They are in high demand in red light areas where men seek religious atonement by sleeping with a divine Jogini. 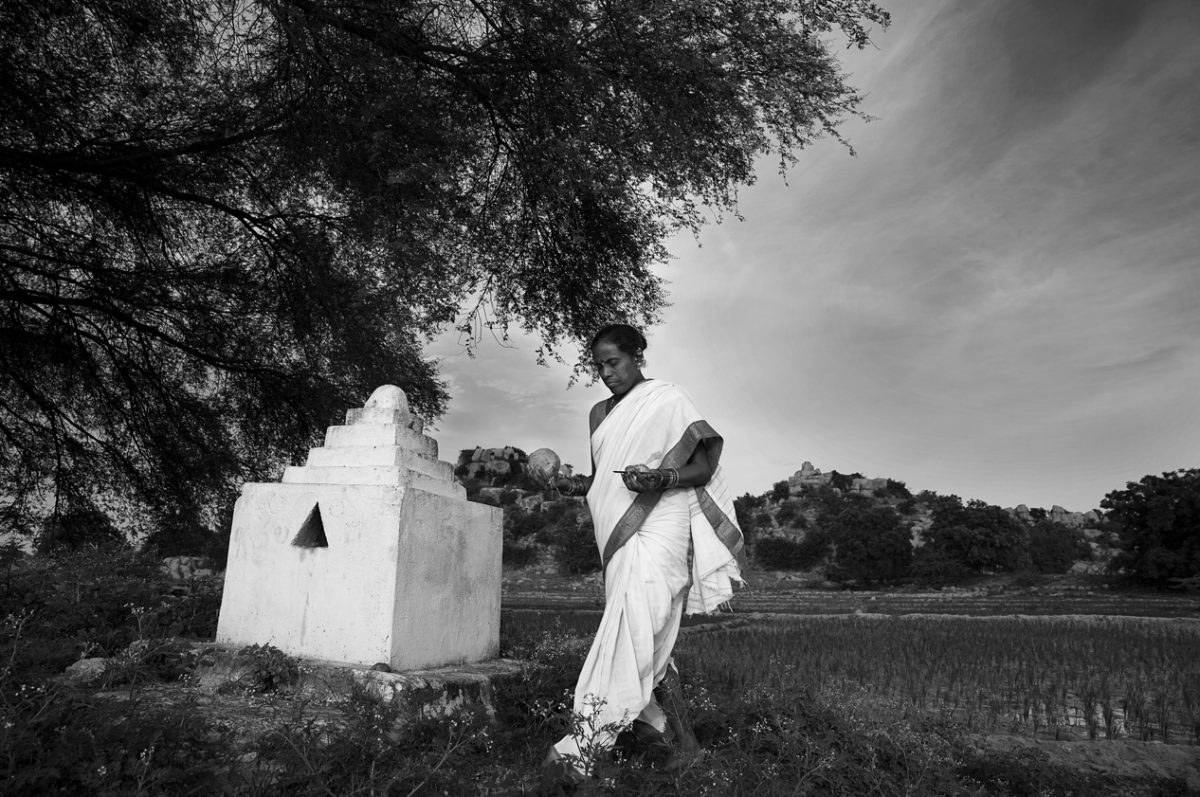 Even in death, the isolation of the Jogini continues. They cannot be cremated alongside other villagers. Hence, the shrine marking the cremation site is isolated and outside the village limits. Photo: Asha Thadani

In 1988, the Government of India banned this practice. However, it is still prevalent in some parts of the country.

Asha Thadani is a Bangalore-based photographic artist. Ramesh Ramanathan is a writer living in Kodaikanal.