The development comes after a Supreme Court order allowed the doctors to resume their studies.

New Delhi: The three doctors, who had allegedly mentally tortured and discriminated against medical doctor Payal Tadvi, returned to their college BYL Nair Hospital on Monday, escorted by police vehicles, as Tadvi’s mother and several organisations protested against their return outside the institute.

The development comes a Supreme Court order on October 8 allowed the doctors – Hema Ahuja, Bhakti Mehare and Ankita Khandelwal – to resume their studies which had come to a halt after Payal ended her life on May 22.

Maintaining that the accused were “presumably innocent persons”, the court held that they were “entitled to pursue their course of study so long as exercise of said right does not hamper smooth conduct and progress of the prosecution.” 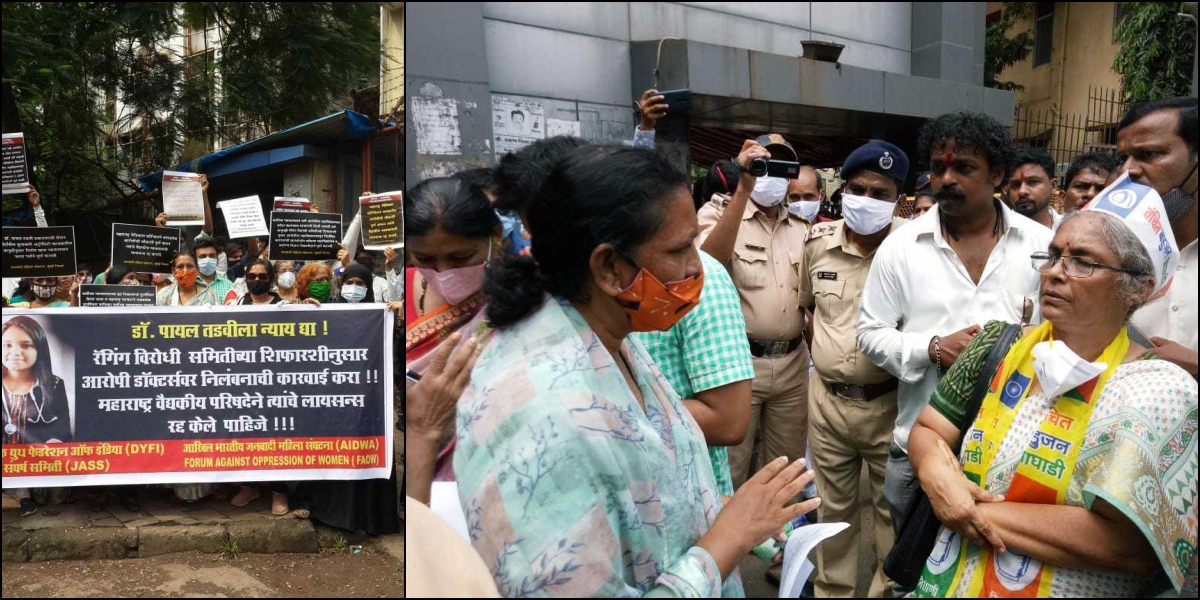 Payal’s mother, Abeda Tadvi, has written to Maharashtra chief minister Uddhav Thackeray, Governor Bhagat Singh Koshyari and the dean of BYL Nair Hospital, questioning the inaction against the three accused as per recommendations of the anti-ragging committee of the college where they all pursued their post-graduation degrees.

Urging the state to file a review petition against the Supreme Court’s order, she said that by allowing the accused to return to college, the family was being subjected to grave injustice.

Tadvi also said that close to 250 witnesses – who had been cited in the case – and other alleged victims of caste-based torture were still at the college and hospital. Tadvi has maintained that the accused are influential and can possibly threaten or coerce the witnesses in the case.

After Tadvi was found dead in her hostel room, an inquiry conducted by the college ragging prevention committee found that she was harassed by her three seniors “in the form of ragging” and had recommended that the three be suspended immediately.

“For over a year, after the committee recommended that the three be suspended, the institute did not take any action. If they were found guilty of ragging, the institute could have taken necessary steps, but it was not done,” Abeda wrote.

Speaking to Times of India, Dean Dr Ramesh Bharmal said that the three doctors had joined college to resume their third year of postgraduate education. “They will be posted in Covid work like every other resident doctor,” he said.

The dean also said that students and the gynaecology department unit head had been sensitised about the case. “We discussed with the department head on how to bring them back on duty,” Bharmal told the Indian Express.

“It’s a Supreme Court order. What more can one say?” a doctor told TOI.

Dr J. G. Lalmalani, former Maharashtra Association of Resident Doctors president told the Express that the three accused should have been allowed to pursue an education in another college.

The three doctors have been booked by the Mumbai police under the Scheduled Castes and the Scheduled Tribes (Prevention of Atrocities).

Dr Payal Tadvi, who belonged to the Tadvi Bhil tribal community, had moved to Mumbai to pursue a post-graduation in gynaecology. She ended her life on May 22 after the three caste Hindu seniors allegedly mentally harassed and humiliated her