Parables For Your Grandchildren

Parables from religious traditions survive because they give hope. What is happening in India today is not something that can lend itself to any parable. 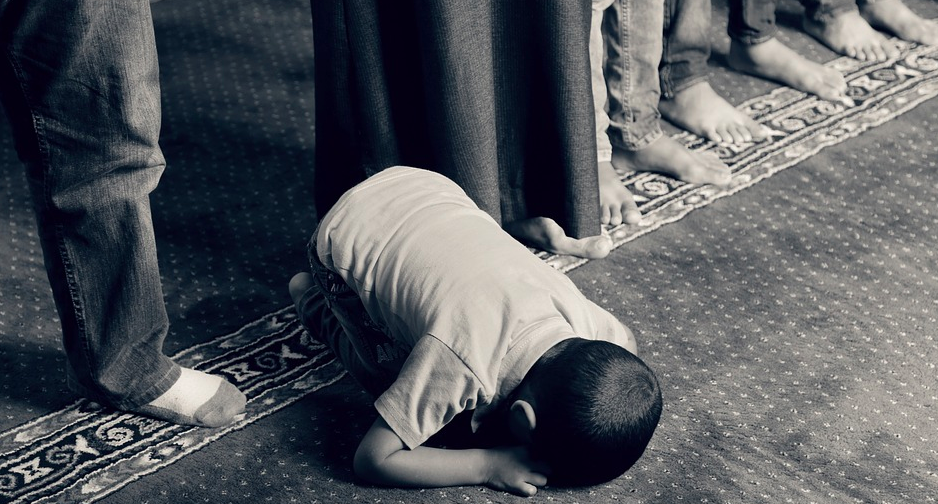 Does the India of today have a single story which you can pass on to the younger generation with hope? Photo: Pixabay/chidioc

When bodies just won’t stop washing up on all shores, something awful is fermenting in the ocean. The finalisation of the National Register of Citizens (NRC) list on August 31, which threatens to carry with it a tsunami of stateless people, is just another front in a battle being waged across the country.

Muslims are arriving battered and washed up on many shores. Sometimes in ones and twos, lynched and formatted for video viewing. A comeuppance show of great variety – cow killers and rapacious love jihadis, child kidnappers and common thieves, or just a young boy out shopping for Eid. Sometimes, they wash up in the millions all at once.

God knows how many will eventually arrive, half dead, on the shores of the mighty Brahmaputra. While seven million are blanketed and aching to breathe in Kashmir.

Small and big victories are being celebrated across India. Murder of people congeals with murder of memory and history. Feroz Shah Kotla Stadium will be renamed after Arun Jaitley. Earlier this month, Lucknow’s iconic Hazratganj Chauraha was renamed Atal Chowk, in honour of former prime minister Atal Bihari Vajpayee. No one even noticed.

Allahabad changed. Mughalsarai became Pandit Deen Dayal Upadhyaya Nagar. Faizabad went. Akbar’s Qila became Ajmer Fort. Erasure of Muslim names from history and the erasure of Muslim rights in the present is a pincer action, designed to produce an entirely new category of non-citizens with ID cards. They will live in never-never land, denied even the crutch of history to support their claims to full citizenship.

Each palisade crumbles, as the foundational vault of democracy is plundered. Let us name the falling walls. The apex judiciary’s rescue of Kashmir looks like a languid stroll in the park, now deferred to October. On the NRC, instead of protecting, the Supreme Court is pushing aggressively ahead as if executive-in-charge.

The lower judiciary acquitted those who lynched Pehlu Khan. What all of India eye-witnessed as spectator sport was made untenable as legal evidence. The police, the first line of protection for citizens are compromised. A new report confirms what we already know – 72% of policemen feel political pressure when investigating cases that ‘matter’, and a full 50% believe that Muslims are more prone to crime.

We saw the fine job they did in Pehlu’s case. Not only was their investigation designed for acquittals, but they filed a cow smuggling case against a dead man, time-stamped April 2, 2017, 2.42 pm, a good two hours before filing a case against his murderers, time-stamped 4.24 pm.

The mainstream media is a flag bearer for this open banditry, and the chairman of the Press Council of India stabs media ethics squarely in the heart, by supporting the choking of the Kashmiri voice.

But what of the biggest wall of protection – the citizens who make this democracy? Read about the holocaust. No. India is not that. But mass persecution has precedents in history, perhaps with insights to offer. What makes normal human beings participants in the persecution of fellow citizens? Were all those who stood by in Europe complicit? Yes and no. The motivations were many. And ideology was only one of them.

There was fear of speaking out, of reprisals, as there is here. There was greed, of pecuniary benefit, of professional success, of privilege, power, if you looked the other way. Even more, if you joined the cavalcade. There was pressure to conform. We all know of friends, and their family WhatsApp groups, where anti-Muslim jokes are cracked and the humiliation of some gives immense pleasure to others. Many people I know read silently, say nothing. Others exit these groups without much of a fight.

Also read: If Hate Has Been Normalised, Can WhatsApp-Triggered Lynchings Be Far Behind?

There was also among many in Europe, a tolerance of everyday bigotry, but a distaste for the truly gory. We saw that here too. Many ordinary Indians came out to protest against the brutality of the first wave of lynching, which began with Mohammed Akhlaq in Dadri in 2015, and continued through Pehlu Khan’s and young Junaid’s murders in 2017. These public displays of mob savagery seemed to have shocked us, for a while.

And then we became inured. And the eyes glazed over the horror of the next act. Since then there have been hundreds of victims whose names don’t evoke a single emotion. Which of this amalgam of reasons explains why ordinary Indians are so silent in this open season on people and histories that are Muslim? When will the tipping point come? How can civil society and the writers, activists, journalists and thinkers of what is still a free India, hasten this awakening? For what other avenue of protection is there?

How about that long-standing trope – the idea that there is some supra-national, global community of Muslim brethren joined at the hip (the Ummah), which allegedly undermines the nationalist credentials/loyalty of Indian Muslims.

Well, some oil-rich Ummah-members just bear-hugged and felicitated the man who is presiding over the humiliation of Muslims in India. Glance through the Khaleej Times of August 24, to see the hero’s welcome the Indian prime minister got, as he said, “Tolerant UAE and secular India together are powerful forces for global peace and harmony.”

So, let us forever stop beating Indian Muslims with the Ummah stick. Because this whole Ummah idea is a bit of fiction, and they certainly ain’t coming.

Far more robust responses have emerged from elsewhere. The United States Commission on International Religious Freedom (USCIRF) has expressed fear in its August 27, 2019 release that the updated NRC could be used to disenfranchise Muslims, and is part of the government’s on-going efforts to introduce a “religious test” specifically aimed at clearing out Muslims.

The reference is to the proposed Citizenship Amendment Bill, which explicitly prohibits Muslims, while accepting as refugees, and eventually as citizens, all other minorities from Afghanistan, Pakistan and Bangladesh. Thus, potentially accommodating Bengali Hindus left out of the NRC, while booting out Muslims.

Even earlier, the USCIRF’s 2019 annual report, released in April, called India out for tolerating serious violation of its people’s rights on grounds of religion. The Indian government simply said, “We see no locus standi for a foreign entity/government to pronounce on the state of our citizens’ constitutionally protected rights.” Amen. USCIRF has not had official access to India.

The United Nations Human Rights Council has also spoken bluntly. Five different UN Special Rapporteurs and mandate holders have sent three formal communications to GOI (June 11, 2018, December 13, 2018 and May 27, 2019), raising alarm on the impending human rights crisis in Assam, and also asking the government to respond urgently to the overall political context of fear and intimidation of Muslims, ”…to ensure that those responsible in fomenting racial and ethnic hatred are prosecuted and sanctioned… for information on investigations of cases of hate speech and incitement to hatred, in particular by political and religious actors, and the outcomes of such investigations.”

On July 32019, three Special Rapporteurs reiterated their worry – “We call on the Indian authorities to take resolute action to review the implementation of the NRC and other similar processes in Assam and in other states, and to ensure that they do not result in statelessness, discriminatory or arbitrary deprivation or denial of nationality, mass expulsion, and arbitrary detention.”

These are all strong words, and expressions of grave concern. The Indian government has not responded and there is little anyone can do to force it.

Also, India is not a signatory to the Rome Statute and so, should matters escalate where they meet international standards of Crimes Against Humanity or Genocide, India remains outside the ambit of the International Criminal Court. In real terms, there are few international avenues of protection available.

Meanwhile, the mood on the Muslim street is shifting. No longer does one hear outrage – that righteous, utterly human feeling when wrong is done to you. No longer does one even hear lamentation. The silence grows wild like weed in a wilderness. And in it, listen closely, you hear the panic of a people confronting deepening persecution. There they stand, utterly naked, hugging the corpse of democracy, with none of its protective walls for refuge or harbour. Yes, there is an underground and secret conversation, taking place among many Indian Muslims. So secret, that it is on a thousand WhatsApp groups and is not leaked, or cannot be. For no one really wants to hear. No one has the stomach for the truth anymore.

The truth is that some Muslims now speak of abandoning the great ship of Indian democracy they once rode with such roaring abundant pride. Even those with modest means, speak in hushed tones about futures for their children abroad. The bad-lands of Trump, Boris and Putin, all seem better, for they are distant beings, and it is easier to harden the soul against their excesses. Far easier, than the tactile, searing pain of being rejected by your own. 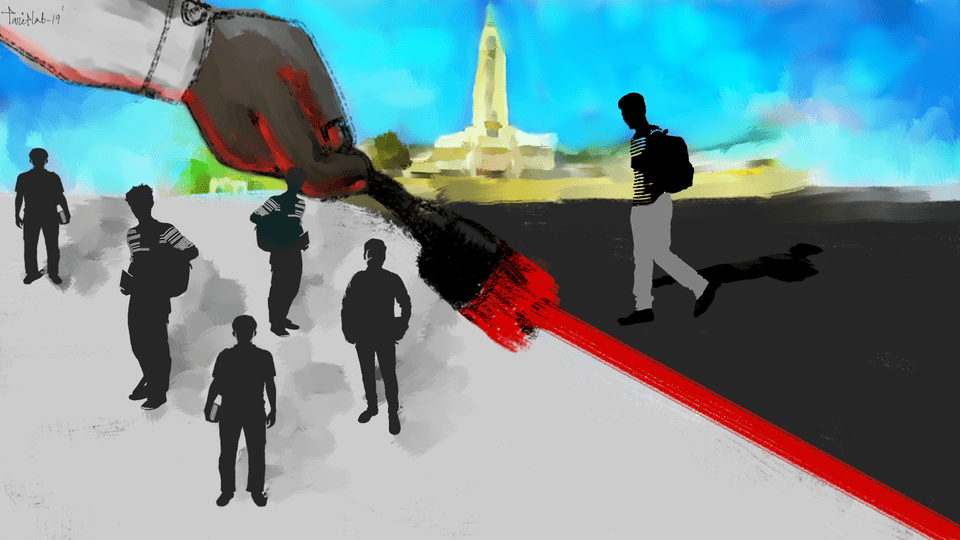 Ideology is for the moon. Good neighbours, a little dignity and working laws make daily life worth living. Others shush this feeling down. Stand ground, people tell each other. Things will get better. Let us invest in education for Muslim children, say some. Others desperately circulate notices for competitive examinations and job openings for young Muslims. Yes, Indian Muslims are still firmly standing ground, but living one day at a time, holding on to some rights and a little dignity, in local neighbourhood lives.

I spoke a few days ago to my friend in Srinagar. She’s not a political activist, just an ordinary Kashmiri. Her landline had come to life briefly. She said little. Just that she and her family were all very still, and looking up to the stars for signs of life. Her voice sounded as if the breath had congealed in her lungs like something thick and sticky, which she could not cough up. She laughed off my suggestion at taking a break from the enforced silence of her valley and flying down to Delhi for some days. She would not hear of it.

Also read: Kashmir is the Test Bed for a New Model of Internal Colonialism

As do we, Indians, all. This is home. It is for each of us to halt this slide from systematic and widespread persecution into an all out war on India’s Muslim citizens.

It is now the 26th day of the incarceration of Kashmiris. Eid came and went, unsung, uncelebrated. Muharram is coming in September. It commemorates the tragedy of Karbala. A battle between a small band of 72 men, women and children, lead by the Prophet’s grandson Imam Hussain, and the vast armies of the tyrant Yazid.

Hussain refused to bow to tyranny, and won, in death, a moral victory that is still remembered 1,400 years later. Dussehra will come in October. As a child I would shriek with delight each time the first arrow left Lord Ram’s bow.  Year after ritual year, I stood on a large Ramlila maidan in front of my Nani’s house, unafraid of the giant Ravana. Because as surely as day follows night, I knew he never won. Parables from all religious traditions survive because they give hope. Because they set universal moral benchmarks. Because there is a right and there is a wrong.

And what is happening in India today will never be a tale you can tell your grandchildren.