Shakarullah was booked under Unlawful Activities (Prevention) Act in 2010, along with two other Pakistani nationals. 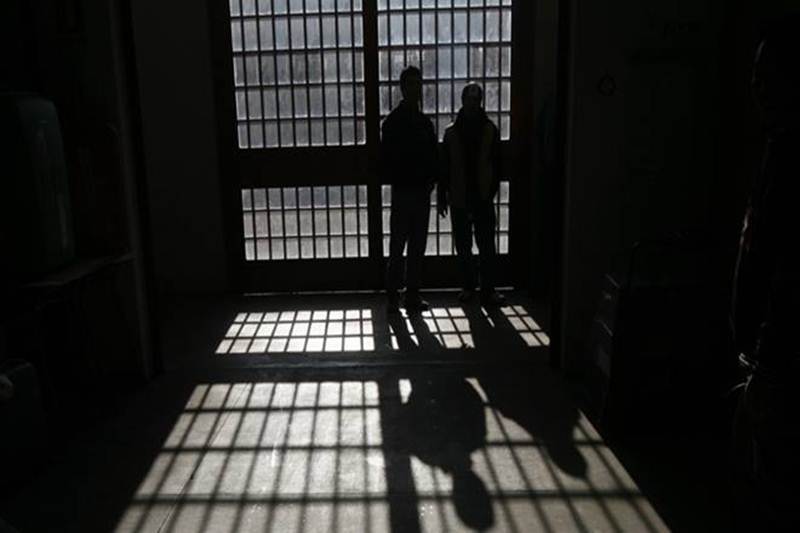 Jaipur: A Pakistani prisoner, Shakarullah, was murdered on Wednesday by four other inmates in Jaipur Central Jail. The incident allegedly occurred after a fight over the volume of a television set broke out. As per officials, the inmates pulled out a stone from the television slab and hit Shakarullah on the head with it, instantly causing his death. He was around 50 years old.

“At around 1:20 pm, the nine inmates were in the same television room when the incident happened. Out of these nine, two were Pakistani and one Muslim. Shakarullah got agitated over the high volume of the television set and things got heated with four other convicts. There was an old television slab fixed by cement in the room. One of them pulled out a small sharp stone from the slab and hit him on his head. He immediately fell down and died. Apparently, we have found only one head injury,” Rajasthan director-general (prisons) N.R.K. Reddy told The Wire.

The officials refused to connect the incident to the polarising environment being fuelled by certain groups after the Pulwama attack. “I spoke to all of them independently. They did fight over the volume and argued, ‘Tum toh yeh ho, woh ho’ (Pakistani nationals, terrorists), but it didn’t appear to be connected with the Pulwama attack. However, we will further investigate the matter,” Reddy added.

Shakarullah alias Mohammad Hanif alias Amar Singh Gill, a resident of Pakistan’s Sialkot, was booked under the Unlawful Activities Prevention Act (UAPA) in 2010 for inciting others to get training at Lashkar-e-Tayyaba (LeT) camps in Pakistan.

In 2017, a Jaipur court had found three Pakistani nationals – Shakarullah, Asghar Ali and Mohammad Iqbal – along with five Rajasthan residents named Babu, Arun Kumar Jain, Hafiz Abdul Majeed, Qabil Khan and Pawan Puri, guilty under the UAPA. All of them were sentenced to life imprisonment.

Meanwhile, the Pakistan foreign ministry officially raised the issue with Indian authorities and requested them to urgently authenticate the report. “Pakistan is gravely concerned at media reports regarding the brutal killing of a Pakistani Prisoner, Mr Shakir Ullah, imprisoned in Jaipur Central Jail. He was beaten to death by a group of Indian inmates in retaliation of the Pulwama incident,” Pakistani officials said.

They further called upon the Indian government to ensure foolproof security for all Pakistani prisoners in Indian jails and also for Pakistani nationals visiting India.

Within the context of the hate spewed against the Kashmiri students and Pakistani nationals across India in the aftermath of the Pulwama attack, the People’s Union for Civil Liberties (PUCL) has condemned the attack. “This incident has happened as a part of the collapsing of the rule of law in the state and the country. The killing of the Pakistani prisoner inside the jail shows the extent to which the hate environment has penetrated even through the walls of the prison,” a statement issued by the PUCL read. “We demand safety and security of all the prisoners at all costs and particularly the vulnerable ones like the Pakistani and Kashmiri prisoners who can become the victim of aggression and fights in the prison.”

In the wake of the murder, the Rajasthan government has suspended the warden and head warden of the barrack and replaced the jail superintendent, appointing Rakesh Mohan Sharma as the new superintendent. Apart from conducting an investigation under the National Human Rights Commission (NHRC) guidelines, an FIR under section 302 (murder) and section 34 (acts done by several person in furtherance of common intention) of the Indian Penal Code has also been filed.