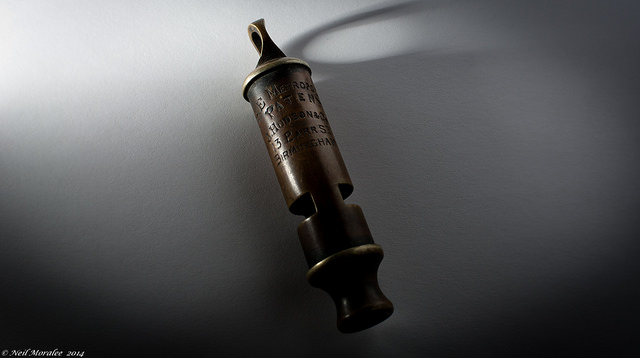 New Delhi: In the wake of the proposed Amendment to the Whistle Blowers Protection Act, the National Campaign for People’s Right to Information has written a letter to members of the Rajya Sabha demanding that a special committee be set up to adequately review the bill.

The Whistle Blowers Protection Act was passed in Parliament on May 9, 2104. The law however, has still not been made effective. Furthermore, the recent Amendment Bill pushed by the government has severely diluted the provisions of the original law. The amendment was brought to Parliament without any public debate on its contents. Subsequently, multiple RTI’s filled by citizens demanding information regarding the bill were rejected. Despite significant opposition in Parliament, the bill was passed on May 13, 2015.

The amendment has removed several clauses that ensured greater safety for whistle blowers in the original Act. Clauses such as the safeguard against prosecution under the Official Secrets Act have been deleted in the newly passed amendment. The bill also prevents the dissemination of any information which would “prejudicially affect the sovereignty, integrity, security, strategic, scientific or economic interests of the State”. Further, information which relates to “commercial confidence, competitive position of a third party etc. also cannot form part of the disclosure made by a whistleblower”, unless the information has been obtained under the RTI Act. This restriction, it would appear, makes being a whistleblower a steeper battle than it already is.

The bill provides for an authority validated by the central/state government, which will certify whether or not any information, which is a part of the disclosure, or any information sought during inquiry, is of a sensitive nature as specified in the amendment. The certificate issued by this authority will be binding and said authority will not inquire into such disclosure and neither will such information be provided during the course of inquiry.

RTI activists say restrictions of this nature bring about no real change in the status of a whistle blower prior to the Act. In addition, empowering agencies to issue binding certificates, which would prevent inquiry into complaints containing information of the nature mentioned in the bill, is likely to be misused and become a tool for stalling an inquiry into disclosures.

Citing these amendments as being detrimental to the interests of Whistle Blowers, the NCPRI has addressed a letter to parliamentarians demanding that an amendment must be moved under Rule 125 of the ‘Rules of Procedure and Conduct of Business in the Council of States’. This would see to it that a Select Committee could conduct a detailed clause-by-clause deliberation on the amendment bill and provide a chance for citizens to present their views on it.