It is high time migrant workers were included in the ambit of the public distribution system. 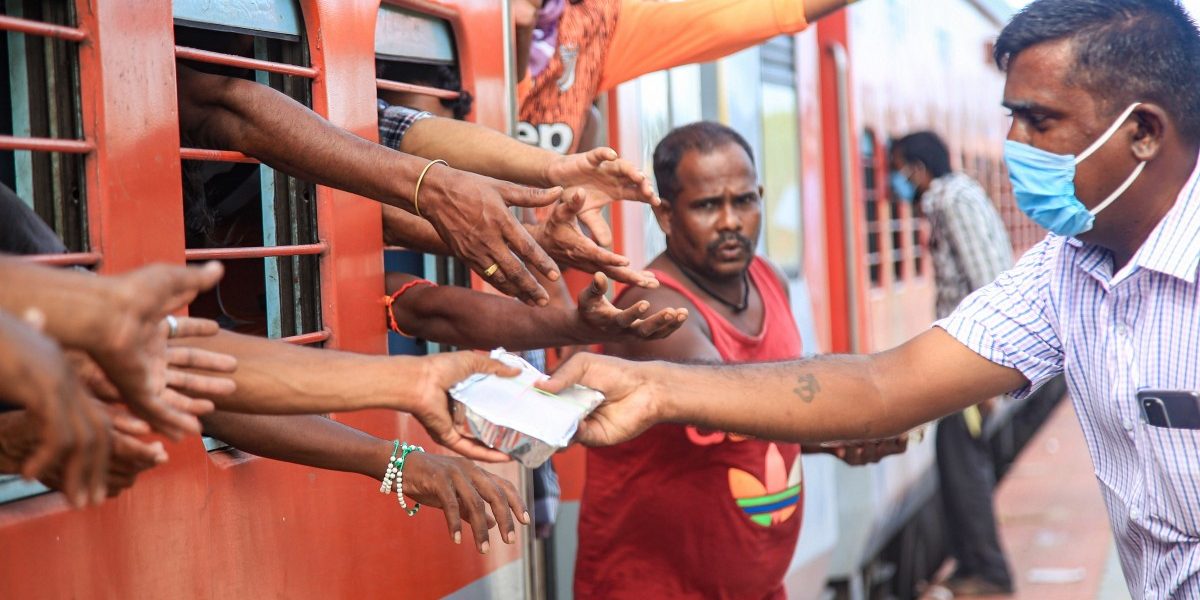 The government’s proposal for ‘one nation one ration card’ is a longstanding need for migrant labourers across the country. The proposed measure will provide workers not only with monthly food entitlements wherever they are living for work, but also improve their nutritional status.

Tracing developments in the public distribution system (PDS), it can be seen that India followed a universal system for a long time and replaced it with a targeted one from 1997. The purpose was mainly to contain the mounting fiscal burden due to food subsidies and increase the efficiency of the PDS by making food reach households who need it.

However, the targeted PDS was also flawed and led to a sizeable exclusion of beneficiaries, diversion of food grains, incessant corruption and open market sales by fair price shop owners. The diversion of foodgrain was also due to large differences between the grain price available in the market and fair price shops. Another reason was grain quotas were fixed among the Below Poverty Line and Antyodaya Ann Yojana card holders.

The targeted PDS also endorsed the inclusion of non-eligible households at the cost of exclusion of many poor who actually were in need of subsidised grain. The scenario altered after 2004-05, when a few states – Odisha, Tamil Nadu, Rajasthan, Chhattisgarh, Madhya Pradesh, Telangana and Gujarat – implemented institutional reforms with the help of information and technology.

A good example is Odisha, which digitised its beneficiary database and verified their identities through Aadhaar to eliminate fake ration cards. The computerised system recorded and monitored the quantum of food delivered and distributed using the electronic point of sale machines in fair price shops. This state-of-the-art e-PDS helped in making the system transparent, accountable and efficient. The National Food Security Act (NFSA) 2013, and its implementation across states from 2016, gave a further fillip to speed up reforms for the larger benefit of people in terms of coverage and utilisation of grain.

Now that the PDS has been functioning well in almost every state and contributes to both food and nutritional security, the key issue during the current pandemic is the extent to which subsidised food grains reach the poorest of the poor and other vulnerable sections – migrant workers, ragpickers, vendors etc. Migrant labourers live in the region where they find work without a ration card. Not only that, there is no systematic database on migrant workers in each state.

The government’s proposal for ‘one country one ration card’ is a step in the right direction and shows its willingness to include migrant labourers in the ambit of the PDS.  The decision to distribute five kg foodgrains per person and one kg pulses per household free of cost under the PM Garib Kalyan Yojana for the next three months, to 80 crore poor beneficiaries covered under the NFSA, is indeed laudable. But this will bring relief to migrant labourers only if ration cards are issued to them without any delay.

Also read: In Jharkhand, a Mockery of ‘Right to Food’ as Lockdown Relief Measures Fail to Deliver

This would not only make the labourers more food secure, but also contribute to their nutritional security. Results from a primary survey of 132 households undertaken during October 2019 support this argument. The survey areas – one in Mandawali (East Delhi) and the other in Shri Ram JJ camp (South Delhi) – are largely inhabited by most migrant labourers from Uttar Pradesh and Bihar. As expected, more than 80% of the households in the selected sample didn’t possess a ration card. The migrants, mostly working as casual labour, depended on daily wages for their livelihood. 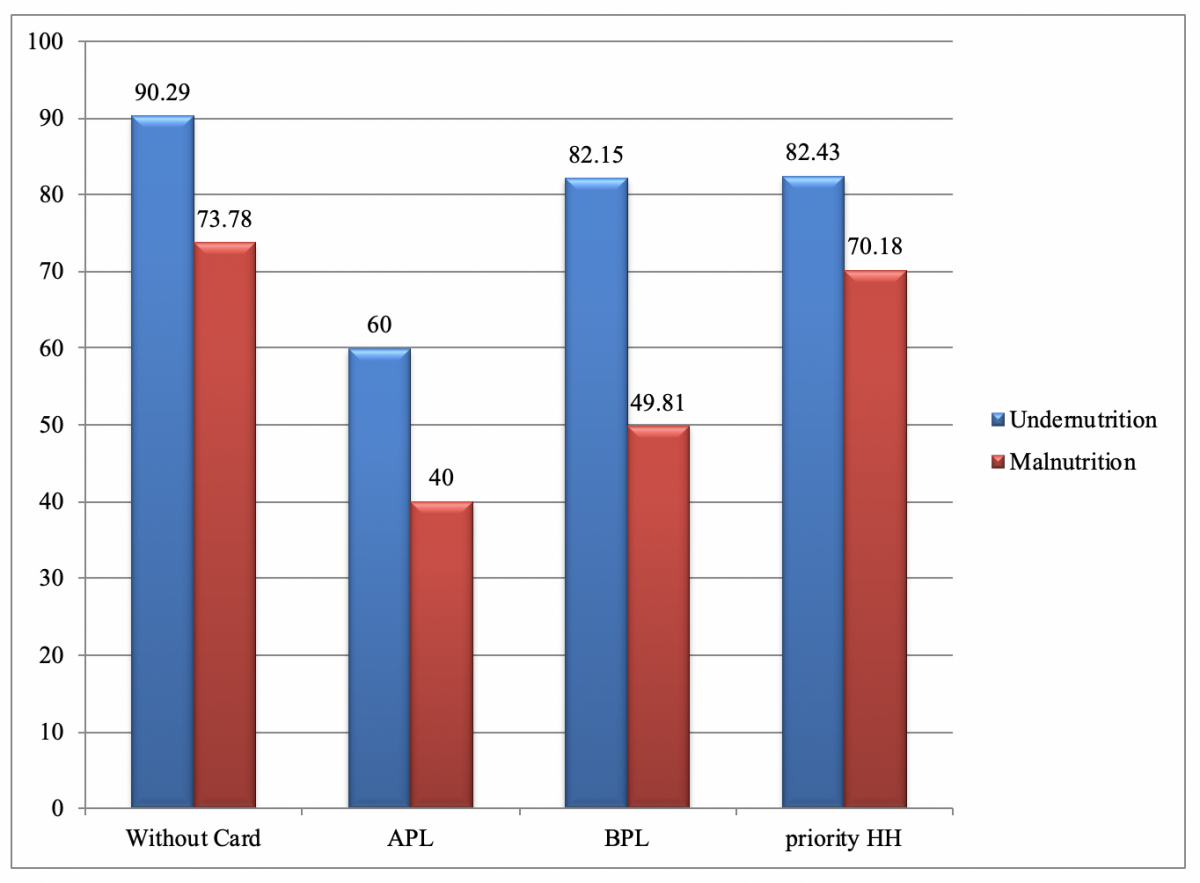 Card-wise proportion of undernourishment among households in Mandawali and Shri Ram JJ camp in Delhi, October 2019.

During the current lockdown, several NGOs and gurudwaras in cities have been distributing foodgrain and cooked meals to migrant labourers, but their vulnerability is beyond explanation. Even now, thousands of workers are stranded in different states, wanting to go home, with no work or income.

Migrant labourers are a major driver of growth in the industrial and construction sectors. The ‘one nation one ration card’ scheme is expected to begin from 2021, and it is important to watch how different state governments protect their labourers who are reaching home. So far, the nation as a whole has miserably failed.