In an exclusive interview to 'The Wire', Safia Abdullah Khan recounts the late night slapping of charges on Farooq and how the family is processing the shock.

Srinagar: “My brother Omar and father Farooq Abdullah feel betrayed by the manner in which the government of India has treated them and abolished the special status of Jammu and Kashmir,” says Safia, the first member of the Abdullah family to break her silence on the detention of the two National Conference leaders in the wake of the August 5 abolition of J&K’s special constitutional status.

In an exclusive interview to The Wire, Safia Abdullah Khan also expressed her shock at the arrest of her father under the Public Safety Act (PSA) on September 15, revealing that he was served the orders of his detention under the draconian act at 11:30 pm that night.

“He was asleep at the time and the Magistrate along with other officials woke him up. They first inquired about his health and then handed over a dossier explaining the grounds of his arrest,” she said.

A former Jammu and Kashmir chief minister and currently member of parliament from Srinagar, Farooq Abdullah is the most high profile victim of the PSA, which allows the authorities to detain ‘first time offenders’ for at least three months without trial.

The PSA was introduced in 1978 by Farooq Abdullah’s father and NC founder Sheikh Abdullah to tackle timber smuggling.

However, over the years, the law has been widely used against separatist leaders and activists, stone-pelters and militants.

This is the first time the PSA has been invoked against a high profile ‘mainstream’, i.e. pro-India politician in the state.

Farooq was placed under house arrest on August 5, as soon as Union home minister declared an end to J&K autonomous status under Article 370 of the constitution and also its status as a state of the Indian Union. In parliament, however, Shah claimed the NC leader had not been detained.

Safia, who lives next door to her father’s house, said it was only in the morning, after she took her two children to school, that she came to know about the imposition of PSA on her father.

“I was leaving to drop my kids to Army School when I saw some of the staff outside but I didn’t realise it then. After I returned and asked about what had happened, I was told that my father had been slapped with the PSA,” she said.

Safia said she immediately tried to enter the house “but was not allowed”.

“It was a nerve-racking moment for me. I pleaded with the authorities to at least let me talk to my father via the intercom. After hearing my father’s voice, I broke down,” Safia said with moist eyes.

After receiving medical attention, Safia said she went to meet her brother Omar Abdullah, who is vice president of the NC, at the Hari Niwas subsidiary jail.

“Omar had come to know about [the imposition of PSA] through the authorities. It was a complete shock for him as well,” she said.

Given Farooq Abdullah’s ill health, the authorities allowed Safia to visit her father for medical attention, but not before she had to run around town to make the arrangements.

Safia said she had to seek Srinagar deputy commissioner Shahid Chaudhary’s permission to visit her father.

“I approached the DC office but was told that he was in the secretariat. The last time I had visited the secretariat was with my grandfather (Sheikh Abdullah). Today, when I entered, I had no idea who to approach,” Safia said.

“It was terrible to see my childhood home turned into a jail. I never imagined that I would need permission to enter my own house,” she said. “But all these hardships have made me a strong person. Today, I feel I am Sheikh Abdullah’s granddaughter.” 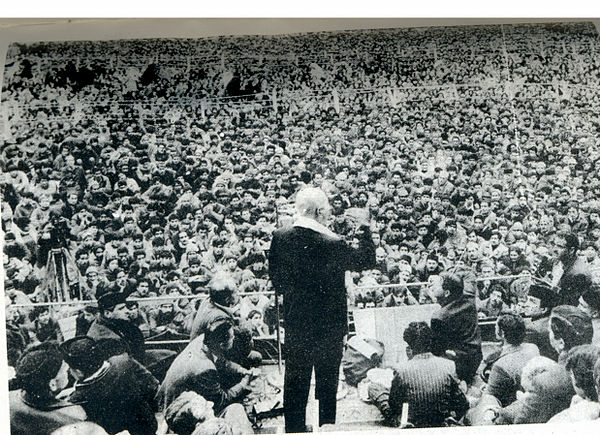 On challenging Farooq’s detention under the PSA, Safia said the family would decide about it in the coming days.

“We (family) are in touch with a battery of lawyers. As of now, we are exploring all legal options available to us,” she said.

Terming the grounds under which her father has been slapped with PSA as “laughable”, Safia said the dossier he was handed contains newspaper clips of his political speeches since 2017.

Safia said both her brother and father feel “betrayed” by the manner in which the Centre abolished Jammu Kashmir’s special status.

“Despite receiving abuses from common people, Omar and Farooq sahab always stood by the side of the Indian state. All their lives they believed in the ‘idea of India’. They always stood for resolution of the Kashmir issue within the ambit of the Indian constitution,” she said. “Today, the way they have been treated, they feel betrayed… This is about the identity of the Kashmiris.”

Apart from the Abdullahs, the mainstream politicians currently in administrative detention include Peoples Democratic Party leader and former chief minister Mehbooba Mufti,  NC leaders Ali Muhammad Sagar, Mubarak Gul, Nasir Aslam Wani, and Syed Akhoon, J&K Peoples’ Conference leader Sajjad Lone and the former IAS officer-turned-politician, Shah Faesal. In all, the number of politicians of all levels detained is believed to be greater than 4,000. The government has refused to release any information or data on the scale of the arrests.

As a mark of protest against the Centre’s action, Safia has placed a black flag at the front gate of her house.