The harrowing case acquired political dimensions after opposition parties cited it as yet another instance of rising crime against women in the state. 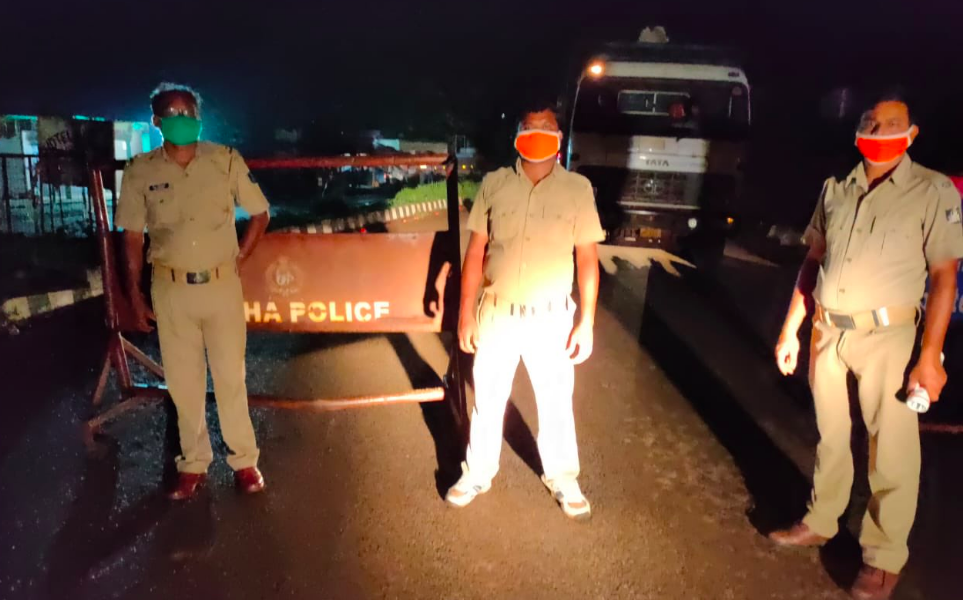 Bhubaneswar: It is not often that the director-general of police of a state apologises for the conduct of his subordinates.

Odisha DGP Abhay offered his apologies to a minor rape survivor on Wednesday after sacking the inspector-in-charge (IIC) of the Biramitrapur police station for his alleged involvement in the crime.

“DGP has dismissed Inspector Ananda Chandra Majhi former IIC of Biramitrapur Police Station from service. His conduct was shameful. Our apologies to the young girl” read the message on the official Twitter handle of state’s top cop.

Within hours of this Majhi, who had allegedly been sexually exploiting the 13-year-old tribal girl for the last three months, was arrested from a forested area in Angul district. “Crime Branch has traced and arrested Ananda Chandra Majhi, dismissed Inspector and accused in this case from forested area under Handapa PS of Angul district. He will be produced before judicial court now. Well done Crime Branch of Odisha Police,” Odisha DGP Abhay said in another tweet.

The case, which has acquired political dimensions with opposition parties citing it as yet another instance of rising crime against women, came to light after the girl who was allegedly rescued from the Biramitrapur bus stand in Sundargarh district by the local police on June 14 was later handed over to the district child welfare committee from where she was sent to a government-supported shelter home.

After she complained of pain, she was taken to the community health centre (CHC), Bisra and from there was referred to the Rourkela Government Hospital.

Sundargarh district child protection officer, Shreebant Jena, filed an FIR at the Raigoba police station on June 23 on behalf of the girl who lives alone with her grandmother in a village that falls under the same police station, about 450 kilometres from Bhubaneswar. Jena said the survivor had made some sensational disclosures during her counselling at the shelter home. The biological father and mother of the girl had effectively abandoned her. While her father lives in Simdega, her mother lives in Delhi with her step-father.

According to the FIR, the girl was three months’ pregnant when she was rescued by the Biramitrapur police from the local bus stand. Her pregnancy was terminated by a doctor at Biramitrapur community health centre-II on June 15. The girl has accused her stepfather, two boyfriends and two policemen including the “Bada Babu” (IIC) of Biramitrapur police station of sexually exploiting her.

The girl, who frequently visited Biramitrapur which is barely 15 kilometres from her village, has alleged that the IIC had been in a physical relationship with her for the last three months. Sources have said she was forced to abort her child under the pressure of the police which should have taken the district Child Welfare Committee into confidence before taking any such step. The FIR lodged by the district child protection officer was registered under sections 376(2)(n), 376(3) and 313 of IPC and section 6 of Protection of Children from Sexual Offence Act, 2012.

As the issue snowballed into a major controversy, the director general of police Abhay ordered a crime branch inquiry into the incident on June 30 and Majhi, who had been placed under suspension on June 26, was given the boot and arrested on July 1. While crime branch investigation and the search to identify the second policeman involved in the case is ongoing, political sparring over the issue has begun with the Congress and BJP accusing the state government of failing to curb the rising trend of crime against women.

While the government has time and again admitted that the conviction rate in such cases is low, it was only last year that it decided to set up 24 special courts to deal with cases registered under POCSO (The Protection of Children from Sexual Offences) Act, 2012.

Former Congress MLA from Balikuda, Dr. Lalatendu Mohapatra, said it was shameful that the government had failed to protect even minor girls who were also falling prey to the predatory instincts of policemen. “If the men in khaki turn predators who will save these young girls and women. This is not an isolated case. The government owes an explanation to the people of the state,” said Mohapatra.

The BJP was also critical of the government. “The government seems to be failing on all fronts. While the COVID-19 situation in the state is deteriorating there is a crisis even on the law and order front with young girls falling prey to the lust of even police personnel. The crime statistic of last few years, especially the statistics on rape cases, is shocking. This situation is just not acceptable,” said former BJP MLA Pradeep Purohit.

A ruling Biju Janata Dal leader, who refused to be named considering the sensitive nature of the issue, however, asserted that the government had allowed the law to take its course in the matter. “There is no attempt to shield anyone. Action in the case has been both prompt and adequate. The opposition should refrain from politicising the issue,” he said.