Their perilous journey was completed days before the Centre relaxed restrictions to allow migrant workers to return to their native states. 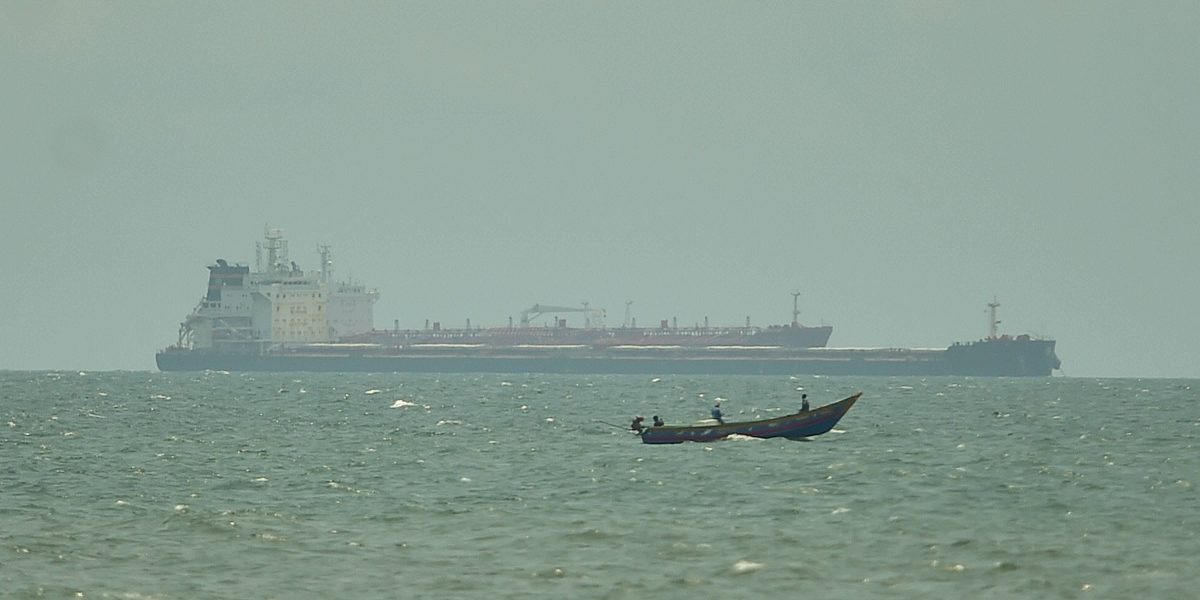 Bhubaneswar: Marine police stations in Odisha have been put on high alert after a group of 38 migrant labourers, most of them fishermen, reached the Pati Sonepur beach in Ganjam district in a boat from Tamil Nadu on Saturday. Desperate to return home following the extension of the nationwide lockdown, the group embarked on the perilous sea voyage from Chennai on April 20 in a fishing vessel they had bought for Rs 2 lakh by pooling their savings together.

The labourers were promptly detained by the police and lodged in a government quarantine centre. Their death-defying journey had raised concerns, with transport minister Padmnabh Behera ordering a probe. He also warned of stern action against people entering the state in such “illegal ways” when the whole country is under lockdown.

Additional director general of police (railways and coastal security) Pranabindu Acharya said that marine police stations are keeping a close watch on the coast and those returning to the state by sea will be immediately detained and quarantined. People residing close to the coast have also been sensitised in this regard and home guards have been deployed in almost all coastal villages and fish landing points.

Earlier, 27 fishermen – including 10 from Odisha – had reached Srikakulam in Andhra Pradesh from Chennai after a five-day journey in a boat. They have been put in a quarantine centre at Ichchapuram on the Odisha-Andhra Pradesh border. These desperate attempts by these fishermen to reach their home have been prompted by strict police checkpoints on land.

According to Krushna Behera, one of the fishermen who made the perilous journey, the group decided to take the sea route after the lockdown was extended on April 14 and COVID-19 cases kept increasing in Chennai. Each member of the group contributed Rs 7,000 from their savings and they managed to purchase a second hand boat with a 9HP engine.

The journey began on the night of April 15 with the group carrying two huge bags of rice, some vegetables, a gas cylinder and a big jar of drinking water with them in the boat. They sat huddled in the boat hoping to avoid the prying eyes of the Coast Guard. As fishermen, they knew how to keep track of the route by watching the stars. Their staple food during the entire journey was rice and tomato chutney.

There were moments of anxiety when the boat’s engine developed snags and they had to unfurl the sail to keep going. Fortunately, one of them managed to repair the engine in time and the journey continued. However, they were spotted by the police at Icchapuram after having covered more than 1,000 km by sea and were promptly put in a quarantine centre. “But we have the satisfaction of being close to home,” said Behera, who still gets goosebumps when he recalls the adventure.

The second group of 38 migrant labourers that landed at Pati Sonepur on Saturday was perhaps inspired by the story of Behera and his friends. Their journey was no less adventurous, as even they had to battle a low-pressure system that had formed in the Bay of Bengal during the voyage. The system triggered torrential rains, but they managed to reach the Ganjam coast at the end of a journey that lasted 116 hours.

There have been equally audacious escape attempts by Odia labourers by the land route, one of them cycling all the way to his native village in Ganjam from Chennai with his wife on the pillion seat. Ashok Behera, a 36-year-old Odia mason rendered jobless in Tamil Nadu’s capital city because of the lockdown, made the journey along with six other fellow labourers who also trusted their bicycles. Surviving on biscuits and flattened rice and sometimes benefiting from the charity of people in the villages and cities they passed through, Behera and his wife finally reached their native Sorola in Ganjam district on April 21 following a seven-day cyclothon and remain in quarantine on the outskirts of the village.

Aware of the desperation growing among Odia migrant labourers stranded in different parts of the country, chief minister Naveen Patnaik has got in touch with his counterparts in Maharashtra and Gujrat to discuss ways of bringing these migrants back home safely. On Sunday he had a discussion via video-conferencing with the chief ministers of these two states, who were requested to arrange for the safe return of Odia labourers. Officials of Odisha government will coordinate with their counterparts in these states to facilitate the return of migrants mainly by buses. Sources said while Maharashtra government has promised not to levy any tax on buses carrying the home-bound Odia workers the governments of Madhya Pradesh and Chhattisgarh will also be requested to waive road tax on buses bringing back the migrants from the two western states.

With the Centre on Wednesday relaxing the restrictions to allow stranded labourers to leave to their native states, this prospect is perhaps more plausible.

The workers willing to return home have to register their names and addresses on an Odisha government portal that has been created especially for this purpose. Once back, they will be placed under mandatory quarantine for 14 days to ensure that anyone of them carrying the COVID-19 virus does not infect others. As many as 7,086 temporary medical centres have been set up in 6,798 gram panchayats of the state for placing the returnees under quarantine.

The state’s health minister Naba Kishore Das has also suggested that migrant workers who are stranded should be tested before they are returned to their home states. He said this would help the states handle the pandemic more effectively. Das’s plea for in situ testing of Odia migrant labourers has to be seen in the context of migrants returning from West Bengal resulting in an increased number of cases in order districts such as Balasore and Bhadrak. Odisha has so far reported 128 cases of the viral infection and one death.