Over 100 houses have already been demolished in the Ghunghuti Para area in the Sambalpur district. The other families have moved the high court to save their homes. 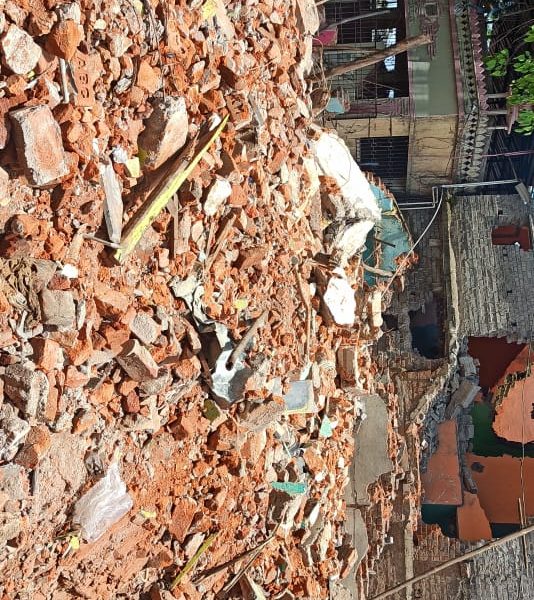 The drive to beautify the temple premises has led to the demolition of the homes of Ghunghuti Para's slum dwellers. Photo: Author provided

New Delhi: Amid plans for beautification and redevelopment of the Samaleswari temple in Western Odisha’s Sambalpur, the livelihoods of Dalit daily wagers are on the line.

The 250-crore project was launched in 2021. It is being carried out under Samaleswari Temple Area Management and Local Economy Initiatives (SAMALEI) scheme of the Odisha government. The project aims at redefining the area around the temple complex. 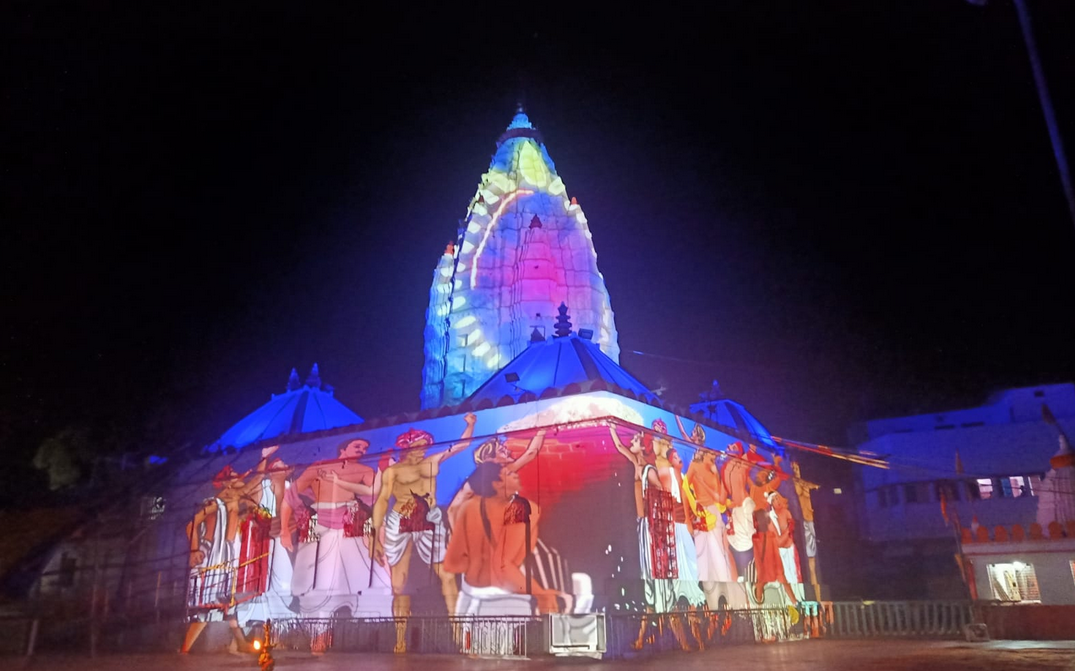 A photo of Samaleswari Temple, during a light and sound show, in Sambalpur, Odisha. Photo: Twitter@TourismDptt

However, the drive to beautify the temple premises has led to the demolition of the homes of Ghunghuti Para’s slum dwellers. Most families living in the area belong to the Dalit community. Most of them are daily wagers.

As per a survey, around 200 families will be affected by the plan. According to lawyers and activists, at least 100 houses have already been demolished.

The other families have moved the Odisha high court to save their homes.

In an interim order issued on June 27, the high court had directed the state government and other stakeholders not to take any harsh measures against the petitioners. However, in another interim order on July 12, the high court revoked the stay order against demolition of the Ghughuti Para slum. It has directed the government to go ahead with the implementation of the SAMALEI plan.

The Wire spoke to the residents of Ghunghuti Para who said the slums in the area have existed for more than 400 years. The area has a population of over 1,200 people, including at least 200 school-going children.

Pradip Kumar, a resident, said, “We are being told that you will have to leave at any cost. We are greatly troubled by this threat of eviction and demolition looming large, we are not able to sleep or eat. All of us are workers, daily wagers, carpenters, construction workers and domestic workers who live in this area. We do not want to leave our homes. More importantly, the fact of the matter is that a Dalit basti is being targeted. The plan was to clear out space on all four sides, but that has changed. In fact, only our colony is being targeted. No other area has been targeted or residents being evicted as we are.”

Over 18 Dalit, Adivasi and Bahujan organisations in Sambalpur district on July 12 staged protests against the high court’s decision.

Social activist Balkishor Chattar told The Wire that there has been a consistent demand [by the slum dwellers] with the government for land deeds since a long time. However, the government has ignored their demand, and now it may hand over the land to the corporates in the name of redevelopment.

“Moreover, the government has not yet put in place any rehabilitation plan for those being evicted. If slum dwellers of Ghunghuti Para are evicted, then it will negatively affect their lives and livelihood and education of the children. It is also a blow to the dignity and the very existence of the residents there. While the residents of Ghunghuti Para who have made it their home since more than 400 years are being evicted under the Samalei plan, it is understood that the government plans to sell their rightful lands to the corporates at a cost next to nothing,” he said.

Meanwhile, the state government has claimed that the displaced families will be given a sum of Rs 75,000 each besides an assistance of Rs 3 lakh under Pradhan Mantri Awas Yojana.

Activists say that the government’s claims are not substantial, and moreover, it has ignored the demands of the residents who do not want to be evicted.

Madhusudan, an activist working with the marginalised communities in Odisha, told The Wire, “The project has been ongoing for quite some time now. The government has claimed to provide compensation and rehabilitation to the evicted residents. While some people have registered for the [compensation under the PM-AWAS] scheme, some were forced to do so. The ground reality is that at least 100 families are fighting to resist the eviction and demolition of their houses. Those who had registered their homes are being removed.”

“While the government is ought to provide 60,402 acres of land in 24 districts in Odisha to the landless and the underprivileged, it is taken in possession by the dominant castes in the name of Lord Jagannath. Here at Ghunghuti Para, the residents who have made it their home since more than 400 years are being deprived of their livelihood, income, education, and safety in the name of religion and spirituality. This is our struggle for hope and existence; exploiting religious sentiments to counterpoise it is thoroughly oppressive.”