Nirode Baran Das, a 69-year-old professor-turned-lawyer, committed suicide in his study on October 21, three months after he was declared a 'foreigner'. 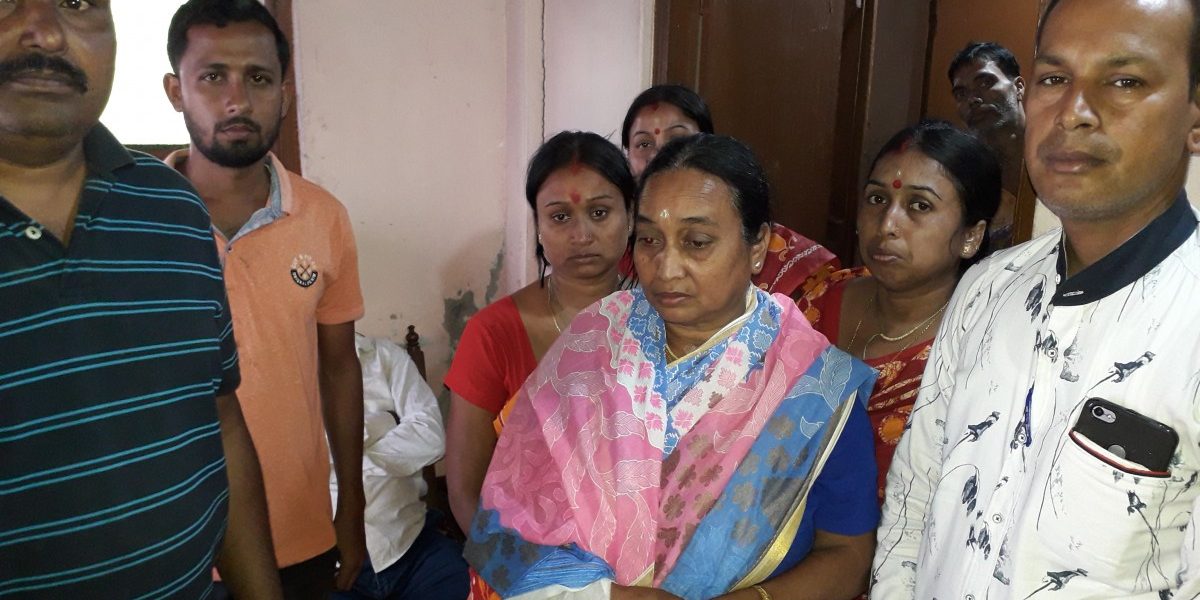 Kharupetia (Darrang district, Assam): A long white cloth pinned to bamboo poles blows around the front entrance of Nirode Baran Das’s house on the auspicious day of Lakhi Puja. This white cloth, according to Assamese and Bengali tradition, denotes the recent passing of someone in the household.

Das, a 69-year-old professor-turned-lawyer, committed suicide in his study on October 21. Speculation about his suicide – allegedly due to the humiliation of being declared a ‘foreigner’ by a National Register of Citizens (NRC) notice – is rife in this small town. Family members and local community leaders proclaim that his death is a sign of betrayal by the very land in which he was born, which had declared that he was not a son of the soil.

Das was among 1,15,000 names in the state which were included in the partial draft of the NRC, published on December 31, 2017, but left out of the final draft published on July 30. His name was the only one from his family’s that had appeared in the partial draft NRC. But in the final draft, the names of the rest of the family appeared and Das’s didn’t.

It was just a few days after the publication of the final draft NRC that he found out he had been declared a ‘foreigner’. 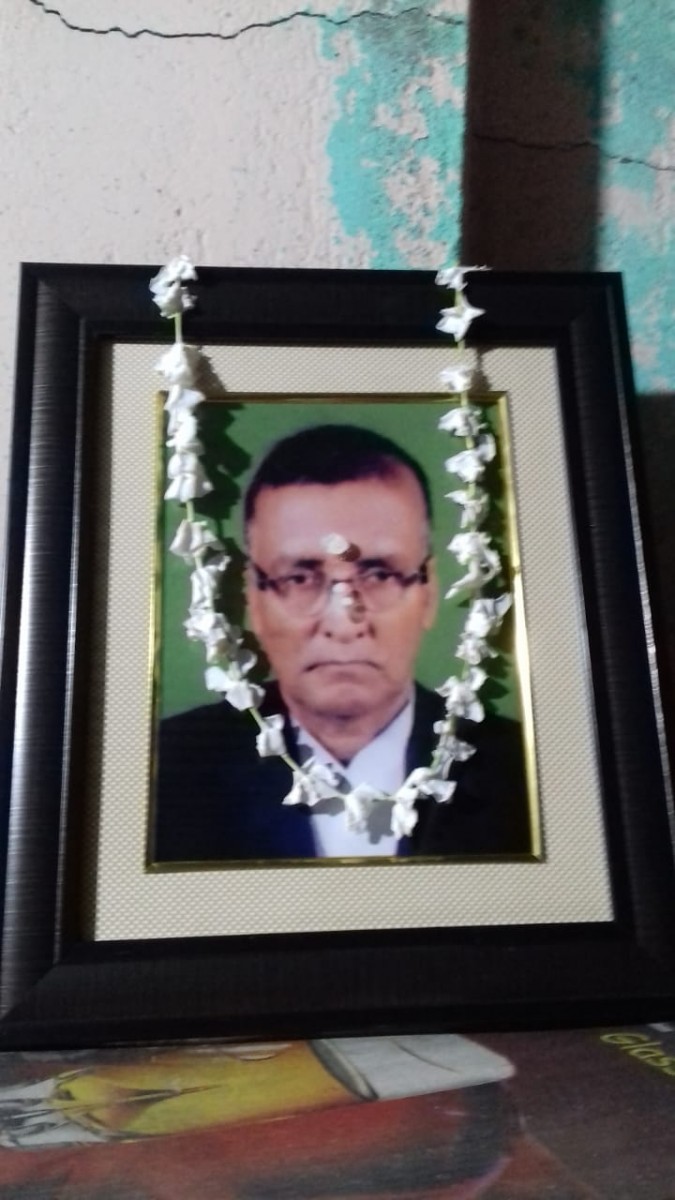 Ever since Das’s death, a subtle anxiety has gripped the town of Kharupetia, a two hour’s drive from Guwahati. This nondescript town has been in the news over the suicide of one of its prominent residents due to the ‘humiliation’ meted out to him.

Some local community members have also hinted that anti-Bengali sentiments have flared up, and Das’s suicide is an example of Bengali names being rejected from the NRC. They feel this is a deliberate attempt to brand Bengali Hindu names as ‘declared foreigner’ in an arbitrary fashion by NRC authorities.

“This is the second suicide of a Bengali Hindu from the Darrang district. Earlier it was the suicide of another teacher from another school. Overall, there have been 17 suicides by Bengali Hindu people from different parts of the state since the NRC process began. Das was born in Tezpur in 1946. He studied here, became a teacher and then a professor of English. After he retired, he became a lawyer. He submitted legacies of 1966 and 1971. His name also appeared in the 2019 voters’ list. There is a feeling of great despair over Das’s death. The population of this town is around 25,000, out of which 8,000 names are missing from the NRC,” said Ganesh Ghose, vice chairman of Kharupetia town committee.

After he found out that he had been declared a ‘foreigner’, Das, according to his family members, fell into a deep depression. Most community leaders have accepted that his suicide was for this very reason.

The bereaved family has put the blame on the Local Registrar of Citizen Registration (LRCR) of No. 38 NRC Seva Kendra (NSK) in Kharupetia for Das’s death. Family members including Das’s three daughters and their husbands, with support from the local Bengali federation, are not letting go of the issue easily. On October 23, his daughter Nirupama filed an FIR at the local police station.

“My father suffered mental harassment and agony over the past three months. We have filed an FIR against the LRCR of the NSK. After getting to know that he has been declared a ‘foreigner’, he went to the Foreigner’s Tribunal to check whether his name was there. But his name was not there. He again went to the superintendent of police, border’s office, but his name was not there as well. The culprit or culprits should be punished. My father was loved by all. He was respected and adored by the people of Kharupetia. He was born in Assam. He had all the evidence required to prove that he was from Assam. How come the NRC people went on to declare him a foreigner? NRC rendered my father a broken man. He died heartbroken,” Nirupama told The Wire.

Das, who was also known as ‘chocolate uncle’ because of his propensity to offer toffees and chocolates to children and adults alike, became a teacher at the local Saila Bala Higher Secondary School in 1977. He later became a professor of English at Kharupetia College, where he served till 2011. After retiring, he became a practicing lawyer.

Also read: ‘They Said I Was Indian, Now I am Not’: People Removed From NRC Draft Caught in Flux

“A few days after July 30, his behaviour changed. His interaction with people lessened. We told him everything will be fine. The evening before he died, he spoke little. It was normal. We never thought he would resort to such a drastic step. What the NRC did to him was plain mental harassment,” said Rajesh Acharjee, Das’s son-in-law.

His death has sparked a flurry of visits almost from all quarters, including senior members of the All India United Democratic Front (AIUDF), a leading political party mostly catering to the political needs of the Bengali-speaking Muslim populace of Assam; Association for Citizen Rights, an NGO; the local Kharupetia MLA; members from the All Assam Minority Students’ Union (AAMSU); the local Bengali Federation; and local and national media. But the family, according to community members, still awaits a visit from the All Assam Students’ Union (AASU) and other ‘Khilongiya’ or indigenous peoples’ organisations.

The immediate consequence of his death was the submission of memorandums to the deputy commissioner of the district. The memorandums urged for an inquiry over the death of the lawyer.

Even as civil society members and the public blame NRC exclusion for Das’s death, Ashok Barman, deputy commissioner of Darrang district, told The Wire that an inquiry has been initiated. As of now, however, he ruled out the cause of suicide as due to the NRC.

Kharupetia has so far reported two suicide cases allegedly due to the NRC.

Also read: For the BJP, the NRC is the Last, Poisonous Throw of the Communal Dice

“An inquiry over the death of Das has been initiated a few days ago. But as of now it seems, prima facie the suicide was not due to NRC as nothing of such has been mentioned in the suicide note. There is a demand from the public for an inquiry and we are looking into that. The reason may be due to personal,” said Barman.

Another local community leader wanted to remain anonymous told The Wire, “With the information we have collected from inside sources, we have got to know that over 24 lakh Bengali Hindu names have been excluded from the NRC. This is a deep-rooted conspiracy. How can the Bengali Hindu people be foreigners? This is the latest surge of toxic politics targeting our community. This is reminiscent of what happened in the 1980s, when during the Asom Andolan the tide of Jatiyodabadi ushered in hatred towards the Bengali Hindu populace. There are eight municipal wards in Kharupetia out of which seven councillors are from the BJP alone.”

In August, Deben Barman, a 70-year-old man from Dhubri district, killed himself. His neighbours have said that the names of his son and two grandchildren didn’t appear in the final draft of the NRC, which led to his depression.

In April this year, 45-year-old Shahimon Bibi also from Dhubri district committed suicide allegedly out of pressure which emanated from procuring documents to prove her citizenship. She had received a notice from the Foreigners’ Tribunal. It was reported that she couldn’t furnish the right documents.

In July, Abola Roy also from Dhubri district killed his wife and then committed suicide after his wife was notified as a ‘doubtful voter’.

“People are losing their patience over the NRC. All these reports suggesting suicide due to NRC are not only tragic but very disturbing as well. My father too took his life in July 2015 on account of complications arising out of the NRC, as he couldn’t establish a linkage legacy through his father. I am trying to put the death of my father behind me. I am a wage labourer and I do carpentry work. Such deaths shouldn’t occur,” said Jyotish Chandra Sutradhar, whose father Angad Sutradhar committed suicide allegedly due to the NRC.