Now, Bodies Float Down the Ganga in UP's Ballia and Ghazipur

According to Ballia residents, at least 45 bodies were seen floating at the Ujiyar, Kulhadia and Bharauli ghats in the Narahi area. 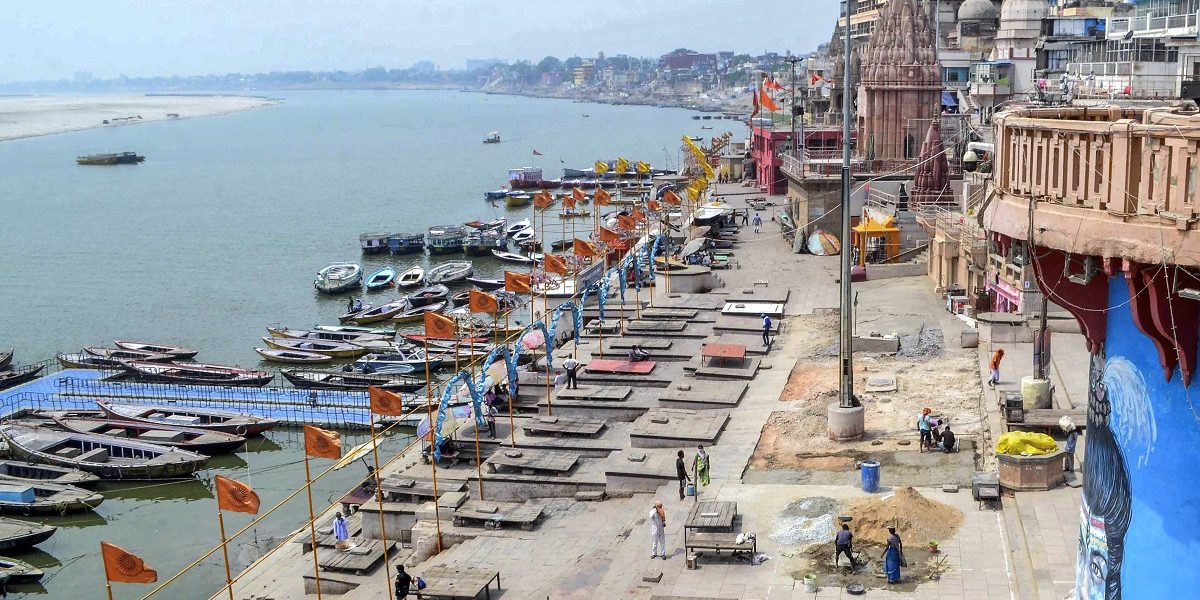 Ballia/Ghazipur (UP): Bodies were seen floating in the Ganga in Uttar Pradesh’s Ballia and Ghazipur districts, according to local residents and the authorities on Tuesday.

Meanwhile, at least 71 bodies were fished out from the Ganga in Bihar’s Buxar, which is downstream the two UP districts, triggering suspicion that they could be COVID-19 patients.

According to Ballia residents, at least 45 bodies were seen floating at the Ujiyar, Kulhadia and Bharauli ghats in the Narahi area.

However, the district authorities did not reveal the exact number of bodies found there.

Ballia district magistrate Aditi Singh in a statement said “some bodies in bad condition” were seen under the Ballia-Buxar bridge.

She said the subdivisional magistrate (Sadar) and the circle officer are probing the matter and the last rites of the dead were performed with due respect.

Superintendent of police Vipin Tada said he did not know how many bodies were found.

“The bodies were old. In Bihar, there is a tradition of disposing of dead bodies in the river,” he said, adding that seeing the wind direction, it seems the bodies came from Bihar.

Meanwhile, bodies were seen floating in Ghazipur’s Gahmar and Bara villages, according to residents there.

Ghazipur district magistrate Mangala Prasad Singh told PTI that they were informed on Monday that bodies were seen floating in the river, following which probe teams were constituted.

“On Monday evening, we spotted a body in Bara village and it was cremated with full respect,” he said, adding that their teams are patrolling the villages and urging people to inform the district administration if they are facing any problem in getting the last rites of their relatives performed.

Singh said officials from Bihar’s Buxar had come here and the district administration has launched a probe into the matter.

Earlier, residents in UP’s Hamirpur district had spotted five bodies floating in the Yamuna, creating a scare that these were of COVID patients, an apprehension dismissed by the authorities.

“After speaking to people and looking at the bodies, prima facie, it can be said these were not of COVID-19 patients as these were draped in a traditional manner and no body was wrapped as done in the case of COVID-19 victims,” Hamirpur district magistrate Gyaneshwar Tripathi had said in a statement.

After the bodies were spotted in Buxar, Bihar’s water resources minister Sanjay Kumar, a key aide of chief minister Nitish Kumar, had said in a series of tweets that the bodies had flown downstream from Uttar Pradesh.

“The Bihar government is seized of the matter of unfortunate case of floating mortal remains in river Ganga… The bodies have floated into Bihar from UP,” said Jha, adding doctors have confirmed upon post-mortem that the deaths had taken place “four-five days” ago.