The art student, Kundan Kumar Mahato, was also arrested after right-wing activists in the institution objected to his artwork, alleging that it "hurt religious sentiments". 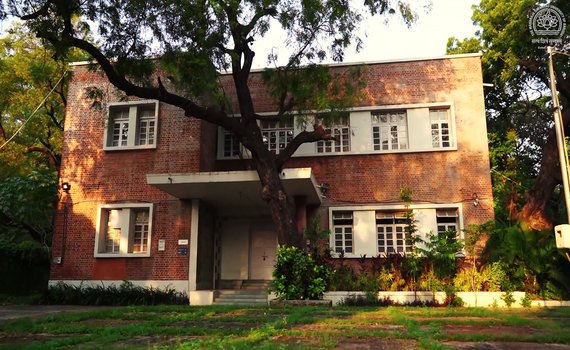 New Delhi: Artist Jyoti Bhatt has come out in support of Kundan Kumar Mahato, a student of sculpture at the Maharaja Sayajirao (MS) University of Baroda’s Faculty of Fine Arts, who was rusticated and later arrested for creating an “objectionable” piece of art.

The artwork in question was one in which Mahato had used newspaper clippings of stories which dealt with rape, sexual assault and crimes against women to create images of Hindu deities.

The Akhil Bharatiya Vidyarthi Parishad and the Hindu Jagran Manch objected to Mahato’s artwork, alleging that it “hurt religious sentiments”. On May 5, violence had broken out in the University as students affiliated with right-wing groups launched a protest.

Thereafter, another student of the Faculty of Fine Arts, Jaswantsinh Raulji, filed a complaint with the police regarding Mahato’s artwork, on the basis of which a first information report (FIR) was registered at the Sayajigunj police station on May 9, the Indian Express reported.

Raulji’s complaint says he had approached the dean of the Faculty of Fine Arts seeking the removal of the artwork from the annual show that was coming up. However, the complaint claimed that the dean “laughed off the matter”.

Raulji then approached fellow students, including members of the Rashtriya Swayamsevak Sangh’s (RSS) student wing, the Akhil Bharatiya Vidyarthi Parishad (ABVP), and the group took its complaints to the vice-chancellor. A fact-finding committee was then constituted to look into the matter.

Mahato was rusticated and arrested soon after. He was granted bail by a sessions court in Vadodra on June 8.

On June 20, Bhatt wrote a letter to the vice-chancellor of MS University in which he said that he was “extremely pained” to hear about the controversy surrounding Mahato’s work and his eventual rustication.

Bhatt goes on to give the example of pictures of Hindu deities being installed near walls and staircases across Gujarat to stop people from spitting paan or defecating in these places.

He further argues that Mahato’s intention behind creating his controversial work was similar to this example; to sensitise audiences to the underlying news clippings (of crimes against women) used to create the shapes of deities.

“In my opinion, Kundan Kumar has shown dexterity and skill in visual art by creating these hollow forms, which is essentially the creation of an image without actually existing,” Bhatt said in the letter.

Mahato, a 22-year-old, also filed to appeal the University’s decision, seeking that it be reviewed.

In the appeal, Mahato states that he is a resident of a small village in Bihar and says, “Since my childhood, I have been religiously following Hindu rituals and customs”. 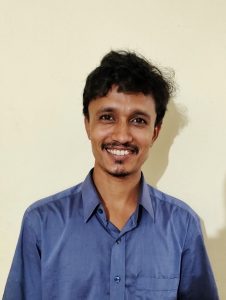 He goes on to describe his admission into MS University as a dream come true. “As coming from a very poor family, studying in such a renowned university can only be dreamed of by students like us. Baroda for the villagers like us was no less than studying abroad in one of the world’s best universities,” he wrote.

Further, he says that he had to work hard to get admission – which he did by securing the second rank, on merits – and that he felt “blessed” to be a student of the University.

In the appeal, Mahato alleges that he has been made “the target of some conspiracy” and says that he feels the University’s decision was taken “without giving me sufficient opportunity to put my explanation”.

Mahato further argues, in his appeal, that “as a student of Fine Arts, it is expected from the students to express their feelings through their artwork and while they seek education, the chances of commission of mistakes cannot be ruled out.”

He further points out that, being a first-year student, his submission was not eligible to be displayed in the annual show as it is.

Mahato lays out the idea behind his piece by saying that despite women being likened to “goddesses” in his religious culture, crimes against women are still on the rise.

“Through my artwork, I am trying to raise a question as to why such crimes are being committed in a civilized society and why are women being treated in such a painful manner when they should be worshipped and treated as Goddesses. My artwork was a display of the harsh reality of our society as the newspaper cuttings were not fabricated and the same explicitly conveyed to us that crimes like rape and sexual harassment are the part of routine news being published in the local newspapers.”

This is not the first time that a student has suffered because of right-wing complaints against Hindu deities being ‘‘Insulted” by an artwork. In fact, a similar incident, also in MS University’s Faculty of Fine Arts itself, occurred in 2012.

Right-wing elements had taken objection to a painting by a Jammu-based artist, alleging that it had depicted Lord Shiva in a poor light. Members of the Vishwa Hindu Parishad (VHP) had filed complaints with the Sayajigunj Police (as has been done in the present case) alleging that their religious sentiments had been hurt.

Student activists of the VHP, as well as the ABVP and the youth Congress had launched demonstrations against the painting and tensions were only quelled after the artist – who was also a lecturer at the University – decided to call off the exhibition and tendered an apology.

Mahato’s appeal further mentions that his artwork was assessed by a jury in what was meant to be a “confidential process” on May 2; three days before the violence broke out at the University.

“On May 5, as my work was not the part of the said jury, I cannot be held responsible for what has happened at the Fine Arts Faculty. It is pertinent to state here, that the fact finding committee was the result of the ruckus which took place on May 5. If some issue would have raised on May 2, while my art work was assessed, then certainly I could be subjected to questioning. However, as I was not the participant on May 5, I was not liable for any kind of action which has been taken against me,” he argues in his appeal.

He also alleges that photographs of his artwork were circulated by unknown individuals, leading to the riots in the University on May 5.

In light of the violence and anger against him, Mahato, in his appeal, notes that he asked for permission from his faculty to return home since he did not feel safe residing in the University hostel.

His faculty members granted his request and he left for Bihar by bus on May 5. “I must state here that it was like a nightmare to me and I started living into tremendous fear as I never witnessed such incident during my lifetime,” his appeal reads.

Mahato was unable to charge his phone for the duration of the journey and only accessed it again on May 8, when he saw a letter seeking his presence before the fact-finding committee at 10 am the same day. He notes that he told a faculty member, C.N. Murthy, that it would be impossible for him to present. Murthy acknowledged the same and asked Mahato to submit his written version of the events.

The next day, Mahato was asked to tender a handwritten apology. He notes that it was only later that this apology was described as a ‘self-confession’.

“I most respectfully state that my understanding of an apology letter and a confessional statement is that the latter has to be made out of free will without any kind of misconception, coercion. The said letter was obtained from me at the instance of Dr. Murthy under a misconception by convincing me that by tender an apology, the dispute would be put to a peaceful end. However, to my utter shock and surprise, my letter was interpreted as a confessional statement without accepting the same in its true spirits,” the appeal reads.

It further notes that the next day, he was made aware of his rustication through the local news, after which he got to know about the FIR registered against him.

“It was indeed a matter of grave pain for me, leaving no doors left for me to face life any further. I must express here that if I would not have got the support of my family & friends, I might have ended my life by committing suicide. Nevertheless, with greater support I was firm to stand up and face the situation as I was not the culprit behind the scene,” the appeal reads.