A Call to Nomadic Tribes: Do Not Cooperate With the NPR Process

It is unreasonable to expect this historically marginalised and exploited community to produce documents and prove their citizenship. 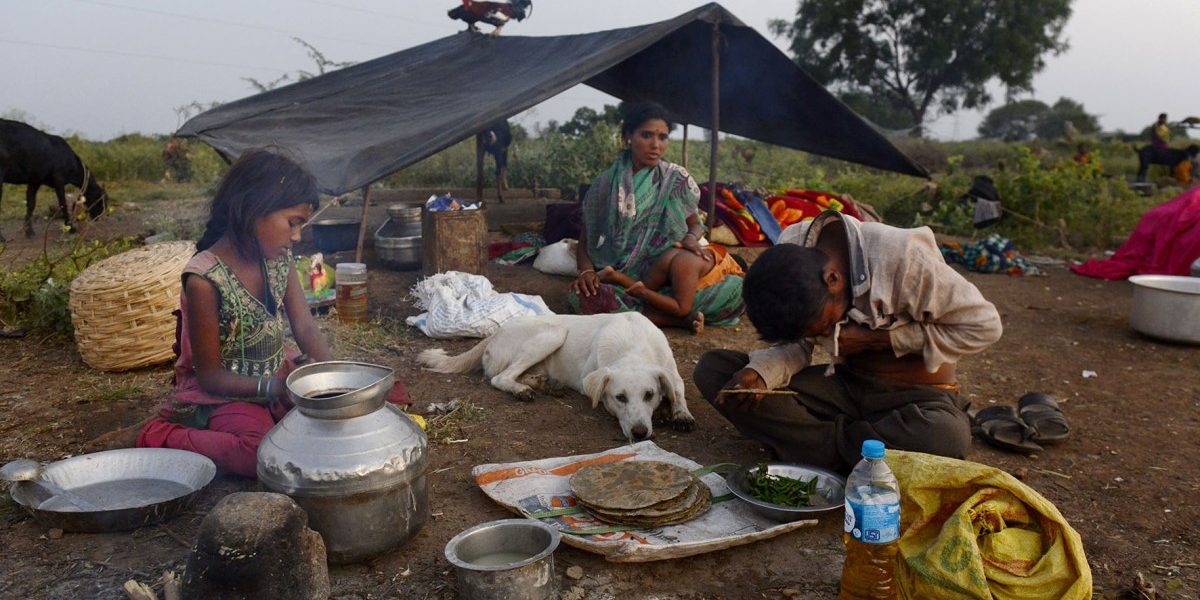 The economic conditions of the Pardhis are extremely miserable, to the extent that they have to often skip meals. Credit: Sudharak Olwe 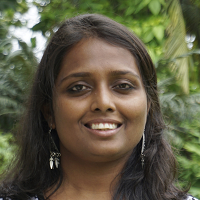 In the eyes of the government of India, the questions posed by nomadic (NT) and denotified (DNT) tribes are of little importance.

The issues of Marathas, Adivasis, Muslims are at least looked at, however superficially in the case of the latter two communities, because of their vote banks. Only our community, of nomadic migrant tribes with no place to call home, is still waiting like the chataka bird for even basic needs like education, health or social security, are right now far beyond the margins for the decision-makers.

A report by the government of India’s National Commission of Denotified, Nomadic and Semi-Nomadic Tribes of India affirms this:

“Although, many of the denotified, nomadic and semi-nomadic tribes are spread among SC/ST/OBC, many are still not classified anywhere and have no access to socioeconomic benefits whether education, health, housing or otherwise.”

While sympathy is available for us, there is a scarcity of those willing to actually stand with us. Our current condition of terrible vulnerability is a situation originally loaned to us by the British, and we may thank the Indian government for adding to the debt. In 1871, the nomadic tribes rebelled against the British, for which our voices were clamped down and displacement was forced upon us using pressure tactics. Mental and physical violence became a staple, and we were stamped as criminals. This proud community was rendered homeless, stateless, landless and powerless.

This historically, culturally, socially and economically exploited community, finally had the stigma of criminality wiped off by Dr B.R. Ambedkar in 1952, through legal provisions. These tribes gained true freedom later than the rest of India. However, those who were supposed to implement the law failed the NT/DNT communities miserably. In the almost-150 years since 1871, I cannot say there has been much change in the way we have been treated.

Gosavi, Vaidu, Ghisadi, Banjara are some communities under this NT/DNT category. They live on the side of roads, on footpaths or in kachha, half-built homes with their everyday, basic needs unfulfilled. I am discussing this situation because, when the government plans to conduct exercises like the National Register of Citizens or Citizenship Amendment Act, one has to assume that detention camps will be the destination for nomadic communities. The community fights many battles every day, just to meet the most basic of needs. That we should be expected to prove our citizenship is a cruel joke.

Data collection for the National Population Register (NPR), which is a preliminary step for the NRC, shall start from April 1 (but could be delayed because of the lockdown imposed to contain the spread of the coronavirus). The government’s workers will go from house to house, asking questions. They will ask us if we are citizens of our own country, and documents to prove that we are. The collected information shall be analysed and those found wanting or ‘suspicious’ shall be investigated. In this process, we will have to again produce documents to prove we are citizens of this country. Which documents will be accepted as proof of citizenship is not yet clear.

Here, I want to pose some fundamental questions to the Centre.

1. Nomadic tribes have been landless since 1871. So, how can we provide documentary proof of property rights?

2. The literacy levels of nomadic tribes are poor. Only 37% of NTs and DNTs in the Marathwada region of Maharashtra are literate. Even among those literate, it is the first generation which is completing primary education. So which documents are we expected to produce for our forefathers and mothers?

3. These communities, which are nomadic, find it hard to get even a simple domicile certificate made. According to a study conducted by the Housing and Land Rights Network (HLRN) in collaboration with the Gadia Lohar Sangharsh Samiti in Delhi, this community (to which I belong) cannot avail benefits of various government schemes, since almost 99% do not have caste certificates. To obtain Aadhaar and ration cards made, we are forced to pay thousands of rupees to agents. How are these communities expected to face the NRC exercise?

4. These tribes have been oppressed, exploited and ostracised for ages by the police, the government and the dominant feudal powers. How are we expected to confidently accept this law and face the consequent administrative processes?

5. Without political reservations, we have no political leaders who will strongly present our case. Political and intellectual revolution has still not taken place in these communities. It can, in fact, be said that social hierarchies have purposely kept this revolution away from us. While social violence, atrocities and casteist mentalities constantly target us, there is no law that protects us. We are not protected under the Prevention of Atrocities Act either. In short, in the emergency that will be created in the wake of the NPR, we shall be rendered outsiders.

6. We do not have a single place of residence. Where we live, ‘villagers’ still consider us ‘outsiders’. What assurance do we have that the decision-makers in these villages will not use pressure mechanisms against us, will not cheat and exploit us to declare us as ‘foreigners’?

7. A majority of nomadic and denotified tribes are engaged in daily labour. Many have been taken over by addiction. Youth are unemployed and have been waiting for generations to see their basic needs met. In this pathetic situation, how does the government feel confident that the NT/DNT communities will manage to produce documents, give necessary correct information under the NPR?

I am myself from the Ghisadi nomadic tribe.

Even today, members of my community travel from village to village with their bhata (bellows). Out lives are largely dependant on blacksmith businesses. Many youngsters are engaged in seasonal work and are indirectly unemployed. Extreme poverty, illiteracy, debt, addiction, homelessness is common for many of us.

You must remember people who would go from house to house, offering to repair the pata (mortar and pestle used to grind spices), selling bear hair, who would come with their ‘nandi bail‘ (bullocks)? Where have they gone, pray? Do you see these people anymore? Their occupations have become obsolete in a changing world.

In this scenario, what is the logic of imposing the CAA-NPR process on us? We are descendants of proud communities that rebelled against the British. We have given everything for this country. Forcing us to prove our citizenship is disrespectful of the fight for this country’s independence.

In my opinion, the combination of CAA and NPR will harm our country in ways even worse than the partition of India. Because then, we at least had the freedom to choose where to live. With this law, even that choice will be taken away.

This is my call to all nomadic and denotified tribes: Whichever political party you support or whatever is your ideology, at least this time, think about our own community first. Hold close this statement, “I am first and last an Indian”.

Do not give in to politics of hate, thinking that this law will harm people of a particular religion. The biased misconception that the law will keep out ‘infiltrators’ should also be done away with. The CAA is only the first step in the BJP’s vote bank politics.

This law will infuse Manuwadi ideology into the Indian constitution, through the democratic process itself. The only solution is to not cooperate with the government’s decision.

I call upon you to boycott the NPR.

Deepa Pawar is the founder and director of Anubhuti, a young women-led organisation working for equity, justice and democracy.