A fact-finding team has found that members of the Dongria Kondh tribe resisting the bauxite plant face false cases or allegations of Maoist links. 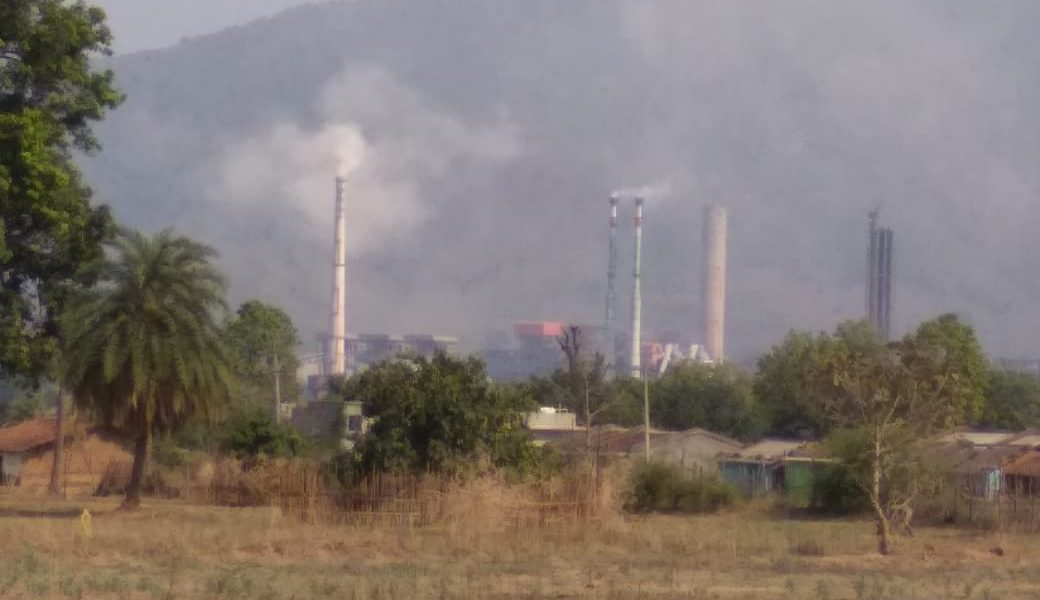 The Lanjigarh plant at the foothills of the mountain. Credit: Debasish Nandy 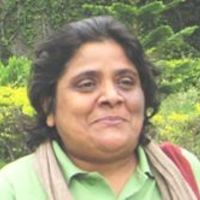 Bhubaneswar: While elections have kept everyone busy and distracted across Odisha and the country, people of the Niyamgiri region have a different fight on their mind. In a David and Goliath contest, they are fighting for the right to survive against an insensitive administrative machinery and a profit-mongering corporate giant.

A 16-member fact-finding team, comprising many civil society organisation, spent three days traveling to villages in the region and meet people. One of its purposes was to probe the recent killings of a worker and a security personnel, but what it found was a much bigger malaise afflicting Niyamgiri.

The team, speaking at a press conference on April 29 in Bhubaneshwar, said that Adivasis – mostly Dongria Kondhs – and Dalits of the region see security forces as the biggest threat to their well-being and safety. As a result, the withdrawal of the CRPF and other security forces from the region has been a consistent demand. 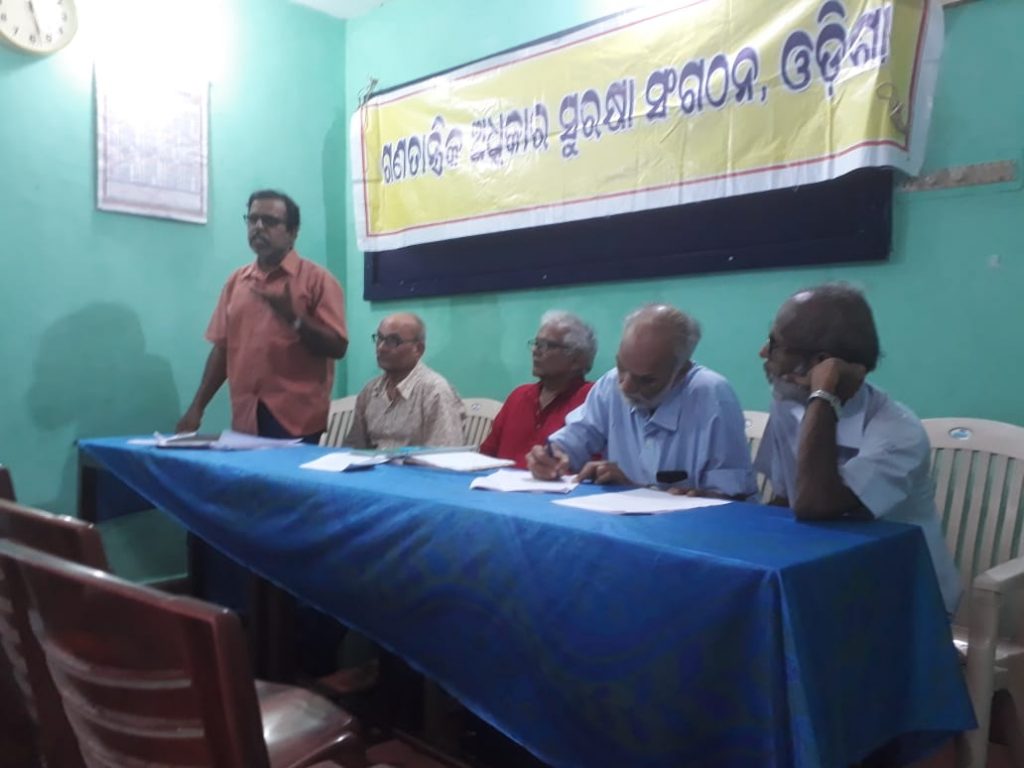 Members of the committee address the press. Credit: Debasish Nandy

What the killings reflect

Dani Batra, a contract worker of Vedanta’s refinery plant, was killed on March 18 in a brutal lathi charge.

Forty-year old Batra was standing near the gate when the lathi charge began. He was waiting to enter the gates, as he does every day to begin his duty. Contract workers are mostly from the villages around the plant.

The company had acquired the land from the villagers more than ten years ago, through alleged coercion and false promises. Promises included education for children, jobs in the plant and constructing a hospital. However, the few who managed to get jobs have only been hired on a contract.

The protest on March 18 by villagers of Rengapalli, Chatrapur and Bandhaguda was to demand permanent status, enrolment of their children in a nearby school and more jobs to those in the community. In fact, Dani Batra’s earnings were supporting the education of his brother’s children too.

The lathi charge on the protestors, carried out by the Odisha Industrial Security Force (OISF), left over 50 people injured and hospitalised at the Lanjigarh hospital. In the violence that followed, an OISF personnel, Sujit Minz, also lost his life.

Significantly, the fact finding team questioned whether protestors caused the death of the security worker, based on circumstantial evidence that surfaced during their probe.

One of the team members said that the FIR, written by an inspector of the OISF, states that the villagers tied up the security personnel’s legs and burnt him inside the CCTV control room. “However, the CCTV room is more than 100 metres from the main gate. It would have been impossible for the protestors to go there. Nothing else on the way to the CCTV room was found to be broken.”

While 27 people have been named in the FIR, of whom six have been arrested, at least 300 “others” have also been accused.

At the same time, there is no follow up from the police as yet on the two FIRs filed on the death of Dani Batra.

The team found that the family of Sujit Minz is equally devastated, as he died in a tussle in which he was merely a pawn.

The ushering in of companies for growth, even when human development indices continue to be poor, is a striking feature in the mountains and forests of eastern India. Large-scale forcible land acquisition has continued unabated.

The Supreme Court order on April 18, 2013 asked the region’s gram sabhas to take a call on Vedanta’s $1.7 billion bauxite mining project. In a series of meetings between July 18 and August 19, the people unanimously rejected the proposal and asserted their religious and cultural rights. But Vedanta did not move out.

The Lanjigarh refinery plant of the UK-based multinational continued to transport bauxite and run below its capacity. It also continues to have access to the entire 73 million tonne bauxite mountain.

It is in this context, the All-India Coordination of Democratic Rights Organisation (CDRO) and the Odisha-based Ganatantrik Adhikar Suraksha Sangathan (GASS) investigated the violation of human rights in the region, instances of which have increased since the 2013 gram sabha verdict.

It will soon be six years since the verdict, but the entire region – under the banner of Niyamgiri Suraksha Samiti – continues to oppose the bauxite mining plans of the company and the government. In fact, the Odisha Mining Corporation has asked the Supreme Court to annul the 2013 gram sabha verdict. Therefore, surveillance and CRPF camps have become a marked feature.

Gopal from CPDR, Chennai poignantly pointed out: “There is a striking similarity between Niyamgiri and Tuticorin, where 13 people were killed in police firing on May 22, 2018 during a protest. They too were protesting against the contamination of the entire area and its villages by Sterilite Copper, which is owned by the same Vedanta Limited.”

“When we visited the area, almost every house in nearby villages has a patient of cancer and other serious ailments as a result of the contamination caused by the plant’s production process,” he added.

The Lanjigarh refinery plant’s discharge of toxic effluents into the Bansadhara river, which is a lifeline for all the villages, has become the cause of many illnesses and even deaths. The growing mountains of red mud and the breaches in the mud, creating small ponds are a death trap for the people of the area.

Two documentaries show the people’s continued battle against the destruction of their land and habitata. The public hearing of April 2009 was documented in The Real Face of Vedanta and the gram sabha verdict of 2013, shown in The Referendum, the people have been consistently saying “no”. 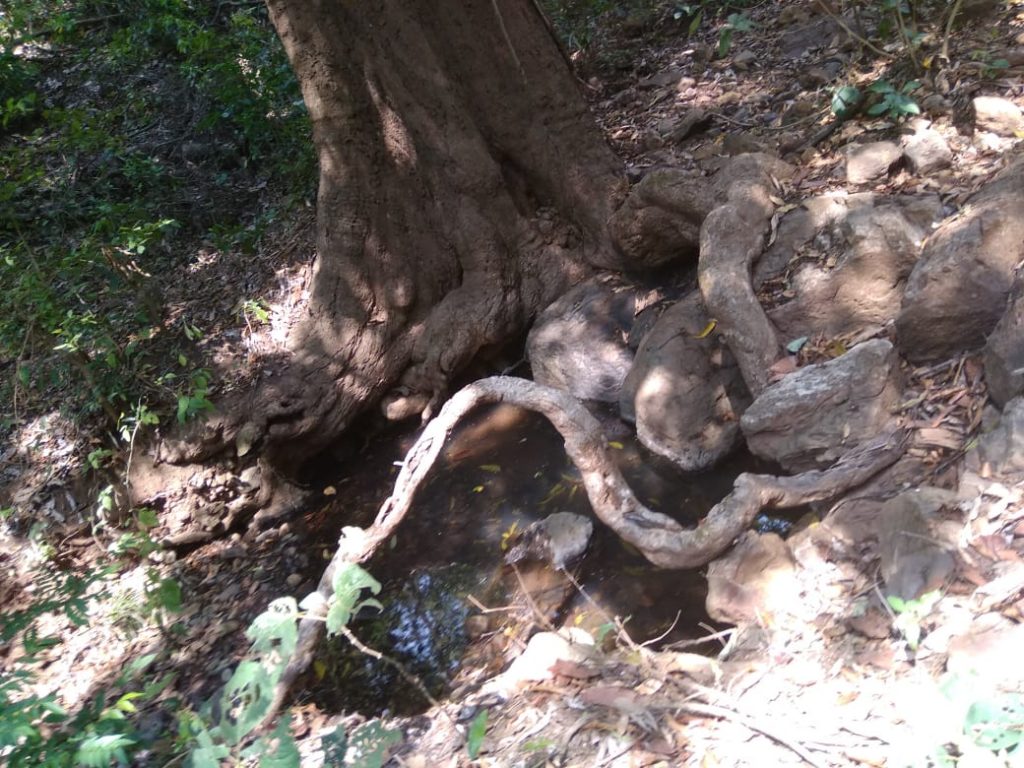 A breach in the mud. Credit: Debasish Nandy

The imposition of false and fabricated cases has become a potent weapon for the company and the administration.

The National Human Rights Commission’s (NHRC) eastern region special rapporteur records that between 2005-2010, more than 65 cases involving at least 250 persons have been filed. The cases have been on rising since the 2013 gram sabha verdict, the team found.

And so has the presence of the security forces. The police and CRPF work in tandem to comb the area, and the fear of such searches looms large on the villagers.

25-year-old Dasuru Kadraka from Gorata was arrested in March 2015. He was interrogated for almost three years for alleged Maoist links. Drika Kadraka of village Dhamanpanga was picked up by an anti-Maoist squad in November 2015. He committed suicide soon after he was released. 20-year-old Mando Kadraka was killed by security forces in 2016. It was listed as an encounter death.

Similarly, 17-year-old Saiba Pushika of Gorata village was arrested in February 2017. He languished in the Berhampur juvenile jail for an entire year.

The police descended on the house of 20-year-old Kuni Sikaka on May 1, 2017 at midnight and whisked her off for interrogation. More recently, Lingaraj Azad, a leading member of the Niyamgiri Suraksha Samiti and Samajwadi Jan Parishad, was arrested by the administration. He was released after a wave of protests in different parts of the country. 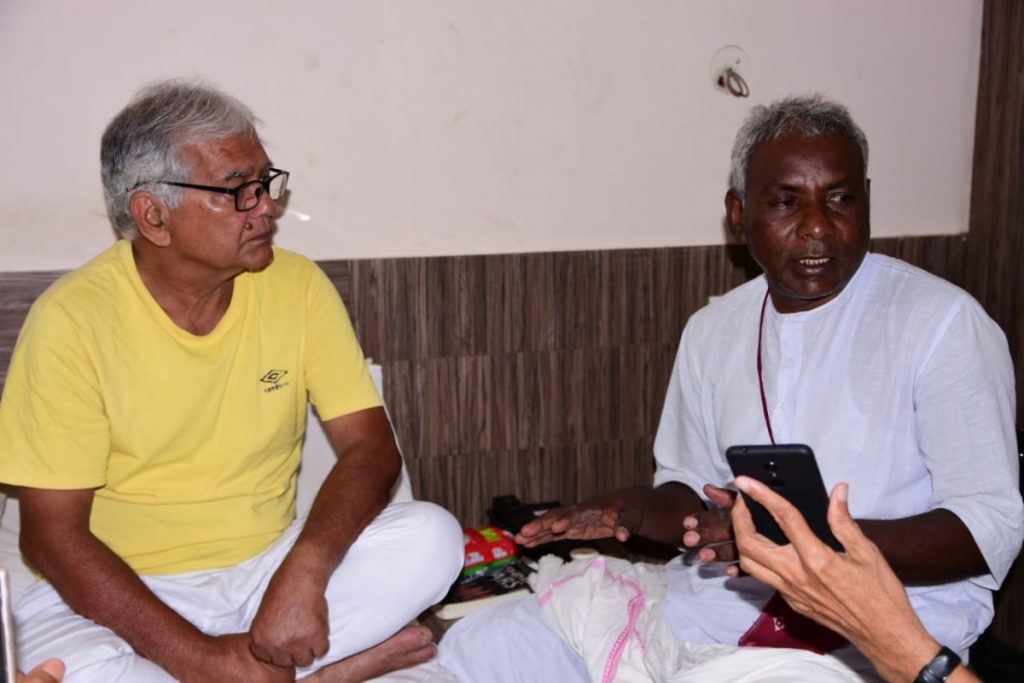 The case of British Kumar

The team highlighted the intimidation and harassment of the youth leader British Kumar from Karlalpat. A leaders at the forefront of agitations against Vedanta, he was picked up by the Kalahandi police on December 22, 2018.

Debaranjan of GASS said that Kumar is a leader of the Khandualamali Suraksha Samiti as well as a member of the local CPI(M) unit. “When he was picked up in Bhawanipatna on December 22, 2018, he was repeatedly asked to admit that he was in league with the Maoists. He was beaten severely, for which he has appealed to the OSHRC as well as the state SC/ST Commission,” he said.

Debaranjan added that Kumar was asked to report to the Bijepur police station, which is several kilometres from him village, daily for more than two months. “However, there was no case filed against Kumar,” he said.

Villagers around the region feel that the so-called purging of Maoists is the biggest excuse that the administration uses to pave the way for the mining giant.

“It is no wonder then that people ask very simply: Who is breaking the law? They have given their verdict in 2013. Their voices in the media are loud and clear. Yet, the Odisha government ignores them,” a fact-finding team member said.

Also Read: How Adivasi Livelihoods in Odisha Were Ruined by ‘Development’

The withdrawal of security forces and quashing of cases against locals are the foremost demands of the people of Niyamgiri.

N.K. Jeet from Association for Protection of Democratic Rights (AFDR), Punjab, who visited all the villages said every citizen must begin to think of the future of the planet and its people. “The people of Niyamgiri are fighting a battle on behalf of all humanity,” he said.

Tapas Chakraborty of APDR, West Bengal, said that ecology and human rights are of paramount importance to any healthy society. “The Niyamgiri mountain needs to be saved from corporate greed and the Dongria Kondhs should be allowed to live peacefully. They have followed all constitutional means,” he said.

Ranjana Padhi is a writer and activist based in Bhubaneswar.