The children were presented before the child welfare committee and they have been sent to a childcare institution for now. 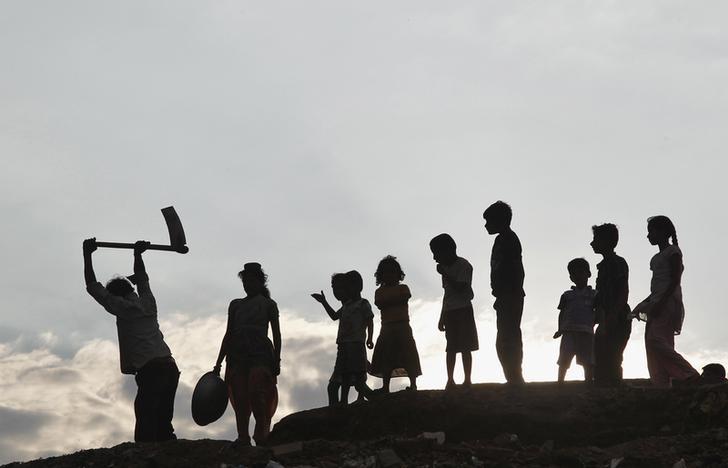 High caste, wealth and misuse of political power makes the difference between the wretched and the privileged children come out alive in all its hues. REUTERS/Jitendra Prakash/Files

New Delhi: Nine children, including seven girls, were rescued from two meat processing units in the national capital where they were working as bonded labourers, a child rights body said on Saturday.

An official of The National Commission for Protection of Child Rights (NCPCR) said that the rescue operation was carried out on Thursday in cooperation with the Delhi police.

The children were presented before the child welfare committee and they have been sent to a child care institution for now, he added.

“On Thursday, during an inspection conducted by the Slaughterhouse Monitoring Committee, led by Dr Ravindra Sharma, Veterinary Services Director, the units were found to be operating without several mandatory licenses and in abysmally filthy conditions,” the official said.

“A large number of children were found working among the 300 or so butcher workforce of these factories. Nine minors were rescued. It was discovered that they were working as bonded labourers in an extremely hazardous and unsanitary conditions,” he said.

The official said that the units did not produce any record of the workers employed.

It is mandatory for any unit to have training and medical records of each worker employed, he added.

The police confirmed the incident and said that they sent their forces for the rescue operation but no arrests have been made till now .