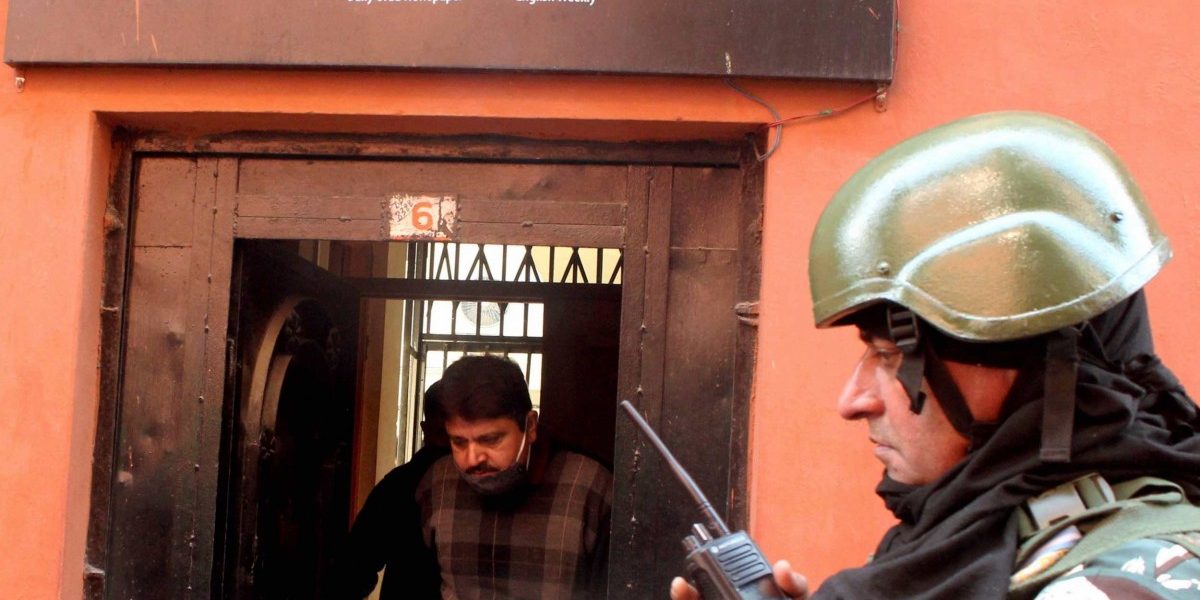 New Delhi: Several international human rights organisations have condemned the recent National Investigation Agency (NIA) raids rights activists, journalists and civil society groups in Jammu and Kashmir. Over the last few days, the NIA has conducted raids at a minimum of nine locations in Srinagar and Delhi while probe a ‘terror-funding’ case, but critics believe it is the latest example of the clampdown on dissent in the region.

The NIA has said a case has been registered under the Unlawful Activities (Prevention) Act based on “credible information” that certain NGOs are collecting funds in the name of welfare activities but using the money to fund terror. “Further, these funds are sent to J&K through various channels such as hawala and cash couriers and are used to carry out and sustain secessionist and terrorist activities in J&K,” an NIA statement said.

“These raids are an alarming reminder that India’s government is determined to suppress all dissenting voices in Jammu and Kashmir. The authorities are evidently targeting these civil society and media groups because of their continued work reporting and advocating for the rights of the people of Jammu and Kashmir despite a harsh communications blackout that was imposed by the Indian government in the region since 5 August 2019,” said Julie Verhaar, acting secretary general of Amnesty International.

Anmesty International recently pulled out of India and closed its India operations, citing targeting by the Central government. Soon before this happened, the organisation had released a report on Kashmir and the deteriorating human rights situation there.

Meenakshi Ganguly, South Asia director of Human Rights Watch, has also condemned the raids. “India faces serious security challenges, but instead of addressing the problems in a rights-respecting manner, the authorities appear determined to crush peaceful criticism and calls for accountability. Using authoritarian tactics against outspoken critics and journalists needs to stop,” she said.

“The Indian government seeks to be a global leader, but instead is drawing international criticism by systematically weakening the country’s long-respected democratic institutions,” Ganguly added. “The government should alter course by upholding democratic principles and protecting the human rights of all its citizens.”

The Observatory for the Protection of Human Rights Defenders, a partnership of the World Organisation Against Torture and International Federation for Human Rights, added that “these new acts of harassment, which seem to be only aimed at punishing and intimidating” groups and individuals for their human rights activities, need to be condemned.

Another group to have condemned the raids is the Rafto Foundation, which had granted its 2017 human rights defenders prize to Praveena Ahangar of the APDP and Parvez Imroz of the J&K Coalition of Civil Society – both organisations that were a part of the NIA’s recent raids.

“We find it very disturbing that branches of the Indian government intimidate citizens working to secure the values and norms enshrined both in the constitution of India and in international treaties ratified by the Indian government,” said Rafto Foundation director Jostein Hole Kobbeltvedt. “The allegations made in the NIA statement appear wholly implausible to us. We have worked closely with APDP and JKCCS for almost three years, discussing all aspects of their situation. Their denouncement of political violence has been vehement and absolute, whenever the subject of other actors perpetrating such acts came up. All our work has been directed towards raising awareness about human rights violations by the democratic means of public discussion.”