The Association of Parents of Disappeared Persons statement has also laid out its sources of funding, and said that it does not receive any foreign funds. 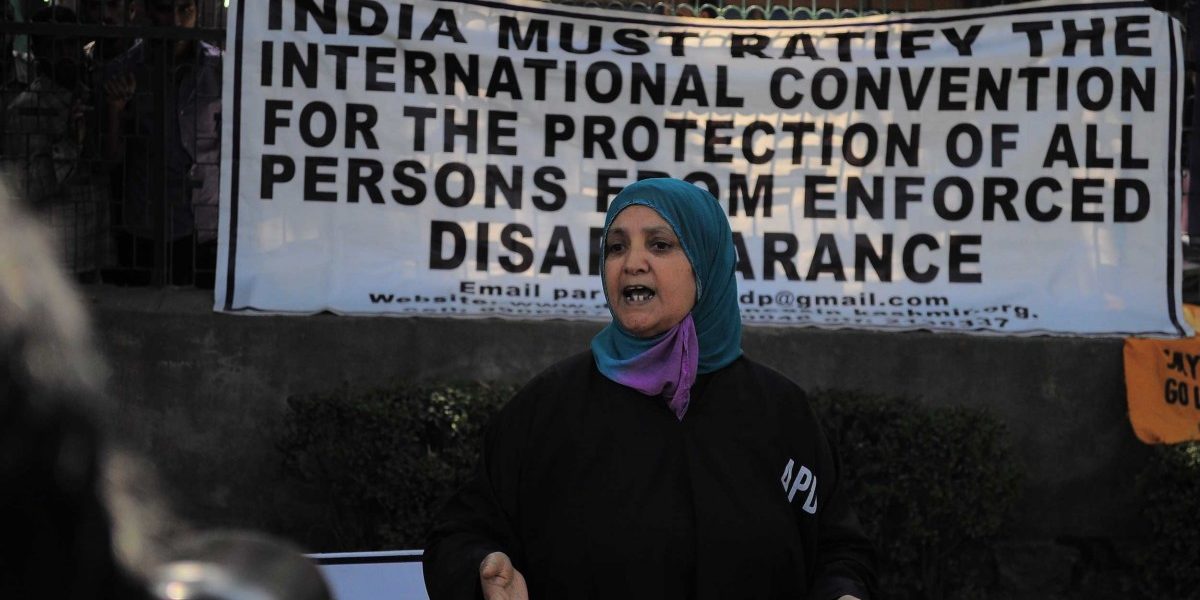 New Delhi: The National Investigation Agency (NIA) conducted a raid on the office of the Association of Parents of Disappeared Persons in Srinagar on Wednesday, lasting about seven hours. The raid on the APDP was part of a larger project, under which the agency raided about 10 offices and residences of human rights activists and journalists in Kashmir.

The APDP is a human rights organisation started in 1994 by family members of victims of alleged enforced disappearances. The organisation provides support to such families, collects testimonies, raises awareness and engages in advocacy work.

The NIA has said that the raids were an investigation into funding for “secessionist and separatist activities”. In a statement, APDP founder Praveena Ahangar has strongly denied any such associations, and said the group has been targeted in the past too for its work bringing out human rights abuses in Kashmir.

The documents the NIA has seized, Ahangar continues, contain sensitive information about victims and their families, and their testimonies. “There is a grave apprehension that the same may be accessed by other agencies, and/or lead to adverse consequences and reprisal against victims and families who have testified and are pursuing justice,” the statement says.

The APDP statement has also laid out its sources of funding, and said that it does not receive any foreign funds.

Read the full text of Ahangar’s statement below.

On 28th October 2020 from about 8:30 A.M to 3:30 P.M, a team of officers from the NIA, CID and JK Police, accompanied by CRPF officers conducted a raid in the office of Association of Parents of Disappeared Persons (APDP) in Hyderpora, Srinagar. Parveena Ahangar and Saima were taken from home to the APDP office by the team and security personnel. Parveena Ahangar, Sabia and Saima were present in the office during the raid. All information and material sought by the raiding team was provided to them. The team examined all documents relating to APDP’s work. They subsequently seized several documents and some electronic devices. Praveena Ahanagar’s mobile phones were also seized.

Serious Concern over misuse of sensitive information, including names and addresses of victims present in documents seized from APDP and apprehension of reprisal against victims of human rights violations:

APDP is an organisation of and for family members of victims of enforced disappearances.

Also read: ‘It Is Difficult to Talk About Art in Kashmir and Not the Politics’

The documents and devices seized by the NIA team contain details of the names, identities and incidents of human rights abuses by security personnel. There is a grave apprehension that the same may be accessed by other agencies, and/or lead to adverse consequences and reprisal against victims and families who have testified and are pursuing justice.

From 2009 to 2019 APDP received grants from the ​United Nations ​Voluntary Fund for Victims of Torture​, which were utilised for salaries of staff, to provide for needs of victims families depending on their needs, to families whose children have been disappeared, to meet the expenses of providing psychological counselling to victim families, to organise workshops on legal awareness, for documentation and submission of complaints of human rights violations etc. All these activities fall within the scope of the UN grant.

Accounts of expenditure and receipts are detailed in the utilisation report submitted to the United Nations each year and receipts and records are available for other miscellaneous expenses.

The APDP has not received any funds from foreign organisations. ​Section 2(j)(ii) of the FCR Act defines “foreign source” to exclude the United Nations. Funds received through the UN grant to APDP is hence not “foreign funding”.

APDP has not utilised its funding or any other resources for any illegal purpose.

In 2012, APDP hosted Christof Heyns, the UN Special Rapporteur on ​extrajudicial, summary or arbitrary executions, and Margaret Sekaggya the UN Special Rapporteur on Human Right Defenders. In 2016 APDP collated testimonies of persons who have been injured and killed due to use of pellet guns, on the basis of which it made ​submissions to the Universal Periodic Review and later brought out a ​report​. In 2020, APDP submitted almost 40 testimonies of arbitrary detention and torture to the United Nations.

Also read: Kashmir: Labourers Claim They Were Forced to Swell the Audience at Army-Organised Mela

APDP neither receives foreign funding, nor engages in any illegal activities. The raid conducted by the NIA has no basis, and only exposes the State’s desperation to deter APDP from pursuing justice for hundreds of victims of human rights violations committed by State actors in Kashmir.

APDP led by Praveena Ahangar remains resolute to carry on its work with victims of human rights abuses in Kashmir.