The Tripura government, in response to the intensifying of protests against the Bill, has decided to shut down internet service across the state for 48 hours. 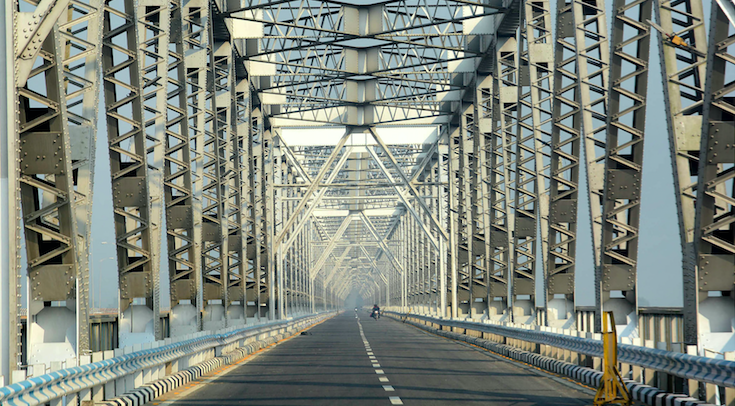 Saraighat bridge is deserted during a strike called by All Assam Students’ Union (AASU) and the North East Students’ Organisation (NESO) in protest against the Citizenship Amendment Bill, in Guwahati, on December 10, 2019. Photo: PTI

New Delhi: Normal life was affected in various parts of the Northeast, mainly Assam and Tripura, on December 10 in response to an 11-hour shutdown called by the North East Students Union (NESO), the apex body of all student unions of the region, to protest the Narendra Modi government’s decision to get passed by the Lok Sabha, the controversial Citizenship (Amendment) Bill, 2019.

According to reports coming from the region, the Tripura government, in response to the intensifying of protests against the Bill, has decided to shut down internet service across the state for 48 hours.

A state government letter said, “It has been reported by director general of police, Tripura, that rumours are being mongered about ethnic clashes between tribal and non-tribal in Mnau and Kanchnpur areas. This has created violent situation in the area. It has been noticed that SMS, WhatsApp and social media platforms like Twitter, Facebook and YouTube are being being used for transformation of fake images and videos as well as text messages which have potential to incite violence in the state at a larger rate.”

Also read: CAB Could Be Misused By Foreign Agents to Infiltrate India, RAW Had Said

In Assam, life came to a standstill in the Brahmaputra Valley not only in response to the NESO’s call for a Northeast bandh but also because of a statewide bandh called by All Assam Students Union (AASU). The Bill is considered to violate the spirit of the Assam Accord of 1985 of which AASU was a signatory.

As per the Accord, Assam was to accept undocumented migrants from Bangladesh till March 24, 1971. However, as per the Bill, the state, along with the rest of India, will now house undocumented Hindu Bangladeshis who crossed the border till December 31, 2019. 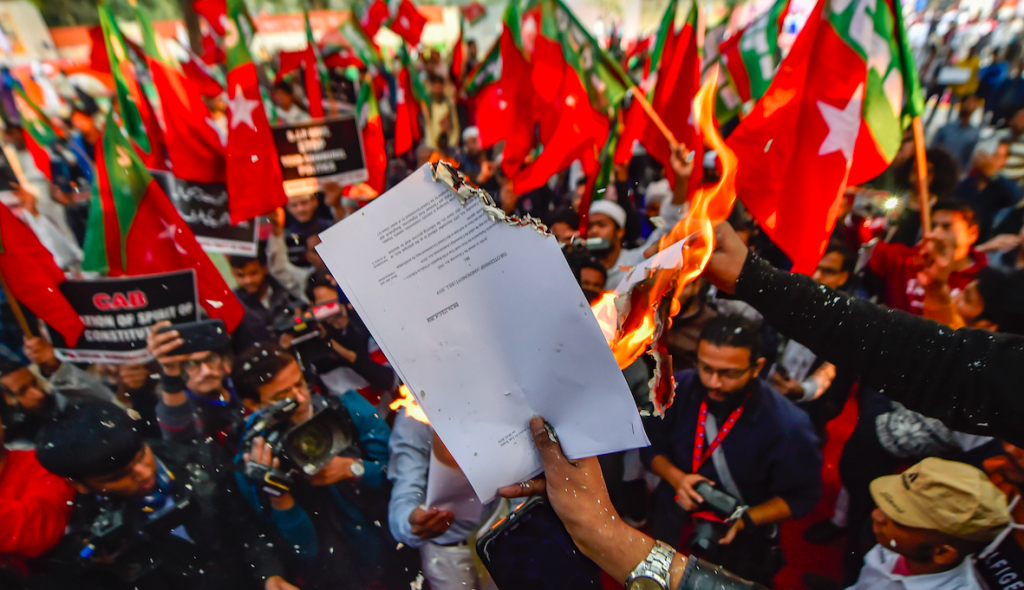 Every December 10, the state, led by AASU, also observes Swahid Dibas in memory of those killed in the six-year-long Assam agitation against foreigners. Since the Bill goes against the interest of the agitation and those who lost their lives in it, the student outfit decided to observe it as a day of protest.

Reports coming from the state said the shutdown has led to closure of shops, markets and business establishments across the valley. Educational institutions too remained closed and all the examinations scheduled for the next few days have been rescheduled. Train services were also affected.

Local news reports quoting official sources said the state-run bus service has deployed vehicles to ply between the Guwahati airport and the city with police escort. News about burning vehicles have also come from certain parts of the state.

A large number of people, including students from various universities, took out processions in various parts of the state, including the capital city, Guwahati. According to a PTI report, the protesters had a scuffle with security forces near the state Secretariat in Dispur on preventing them from moving forward. Some protesters also had a clash with CISF personnel in Dibrugarh, and also in Duliajan, while they were preventing workers from entering the Oil India Limited office.

In Arunachal Pradesh capital Itanagar, the influence of the NESO bandh was seen, as they were in parts of Meghalaya and Manipur.

The NESO had exempted Nagaland from the bandh due to the ongoing Hornbill Festival.